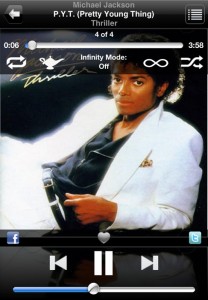 It’s arguably true that Apple’s iTunes software isn’t universally loved, but it is home to a lot of music for a lot of consumers. Moving a vast library to an iOS or Android device isn’t easy because of limited storage, but Audiogalaxy is a free app that lets you stream all your iTunes music at your convenience over LTE, 3G or Wi-Fi.

Apple looked to fill this very need with its cloud-based iTunes Match service that costs $25 per year. If it were available in Canada, Google Music would’ve been another alternative offering the same thing. But Audiogalaxy falls into the always attractive ‘free’ category, and the fact it works on both iOS and Android is a huge plus for users of either platform.

There is a free desktop Audiogalaxy app you need to download first, which works on both PCs and Macs. Once that’s done and set up, it can then ‘talk’ to the app you’ve already downloaded on iOS or Android. Follow the steps and you can upload your entire library in a relatively short period of time. A library of 5,000 songs, as an example, could be done in about 35 minutes, depending on your Internet connection.

Once that’s finished, your PC or Mac (with your iTunes library) acts as the “host”, meaning both iTunes and the computer have to stay on in order for the connection to work.

It’s worth noting that you can also access your Audiogalaxy account from any web browser, so you can just as easily stream songs to a computer, instead of your phone. Also, note that the app won’t let you stream songs that have DRM copyright protection, which is what music from the iTunes Store used to have prior to 2009.

The user interface on either app has a “Genie” option that works a bit like Apple’s Genius feature, except it’s not quite as “smart”. Expect it to make some unusual choices, though you might like how random it is, so whether you use it or not will be a matter of your taste. If you’re a little habitual with how you use iTunes, you can do some of the same via Audiogalaxy as well. Shuffle playlists or even create new ones on the go. 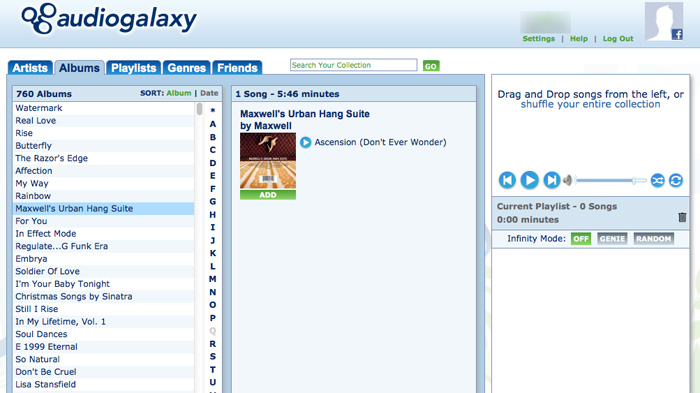 By default, there’s increased compression enabled so that the app goes easy on your phone’s data plan, but if you have a big one (6GB for $30/month, for example), you can raise the quality in settings to play without any extra compression.

Songs will play seamlessly on 3G, LTE or Wi-Fi, but of course, bear in mind that you need Internet access at both ends. If you’re a stickler for putting your computer to sleep or shutting it down completely when you’re not home, Audiogalaxy might not be for you, but it’s worth trying if you just want access to all your songs and podcasts. If you have a small data plan, and you want to use the app often, make sure you’re keeping an eye on your usage. 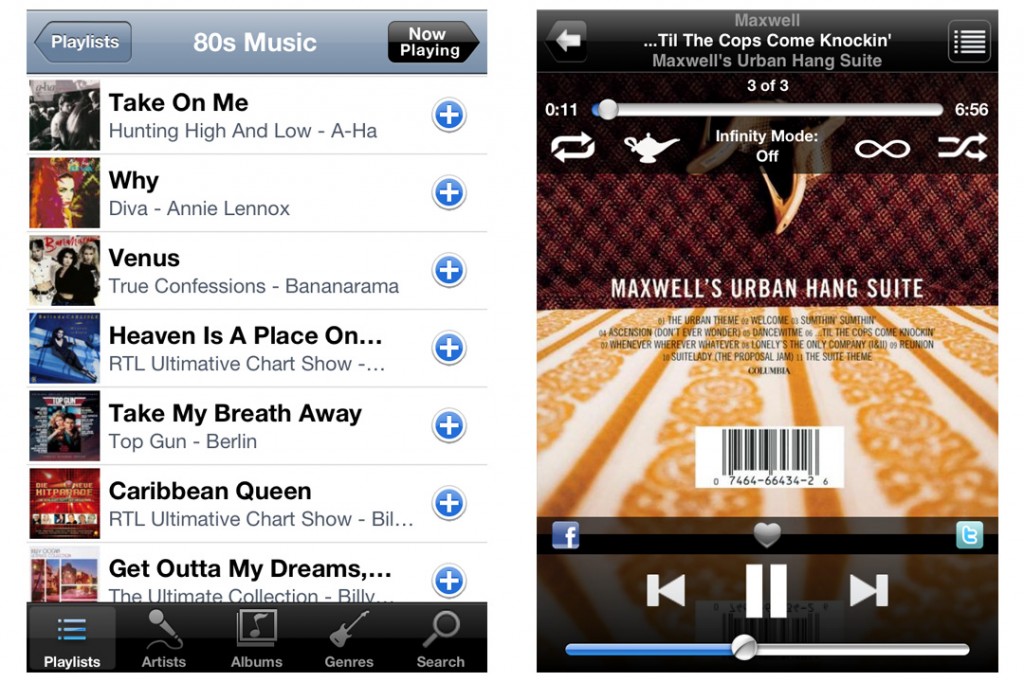 There is an in-app purchase upgrade that allows you to listen to “pinned” songs of your choice without needing a data connection. It’s an $8.99 upgrade, but all it really does is let you download tracks to the device, so you can listen to them offline. If you have room on your phone or tablet already, you might have just synced those over to begin with. Again, this is one of those features that you would have to justify paying the full cost for, since $8.99 is a bit steep. On the other hand, what the app does to begin with is a great deal for no pennies on the dollar.

And if you just want to stream songs, you won’t notice the upgrade anyway. The point is that you have a pretty slick method to access a library of music that could be many times larger than your mobile device’s storage. And you can do it without paying a dime.