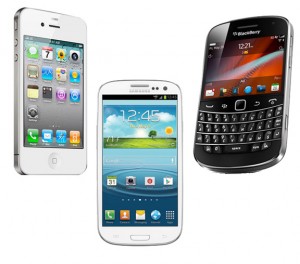 Despite the fact three-year contracts offer more attractive upfront pricing for premium smartphones, the duration of the term could actually make the phone more expensive and difficult to resell. Paying full price for a phone and unlocking it costs more initially, but provides far more freedom as a consumer.

The three-year contract has now become innately Canadian in the wireless space, as this is the only country left that offers such a term. Since Canadian consumers also pay some of the highest monthly costs for service in the world, a three-year term makes it easier for customers to get smartphones that require a data plan, while the carriers reap the profits over the 36-month period.

But it really doesn’t have to be this way. To better understand consumer behaviour, one must look at why they would spend money on a certain item. In this case, that behaviour is driven almost entirely by the upfront cost of the phone. Why would a customer buy an iPad outright for the full $500-$800, but refuse to do the same for an iPhone? Apple and other authorized resellers sell iPhones completely unlocked, meaning no contracts to sign and more clout in choosing a carrier and plan that suits you. Plus, you get the added benefit of sliding in any SIM card from a local carrier while travelling.

To put this in context with numbers, the iPhone 4S 32GB costs $749 plus tax from Apple. The 32GB iPad with Wi-Fi and cellular is the exact same price. The Samsung Galaxy S III is $649 outright from Wind Mobile or $599 from Mobilicity, and plans that include unlimited talk, text and data start at just $40 per month.

‘Customer B’ buys the Galaxy S III outright for $599 and goes on a plan with Mobilicity, paying an average of $45 per month contract-free. The total after 36 months is $1,620. Add the extra unsubsidized $440 since he or she bought the phone at full cost and the total bumps up to $2,060.

The $200 discrepancy over a three-year span may not seem like a lot, but there are some nuances that should be considered. Given the evolutionary curve of smartphones today, it’s highly unlikely that either Customer A or B would hold on to the same phone for three years. At least one upgrade would probably take place in a 36-month span. Being contract-free means avoiding “upgrade eligibility” imposed by the carriers through a contract. In addition, an unlocked premium phone, like the iPhone 4S or Galaxy S III, in great condition, can easily be resold second-hand for a good portion of the original purchase price. That offsets the initial upfront cost of the phone and provides funds for a new one.

The subsidy that comes with a three-year deal is appealing to many who can’t afford to pay full price for a phone, and that’s precisely why the big carriers still offer them. But it’s also about cost certainty and profit. Rogers, Bell, Telus, Videotron — none of them would publicly reveal how much more they make on a subscriber under contract than one who isn’t.

In fact, should you call any of those carriers and tell them you have an unlocked iPhone and would be interested in what they have to offer, it’s entirely likely they will present plans that are hybrids of existing plans or not even listed at all. You’re not likely to get a $45 average with the incumbent carriers, but you can certainly do better than $75 if you come to them from a position of strength.

It would be different if the carriers offered more of a “phone mortgage” model instead of a contract. Telus is one provider that details the balance on a phone under contract as each month goes by. Wind has WINDtab, which takes 10 percent of your monthly fee and puts it towards the principle cost of your phone. In practice, it’s really not that different from a contract, except that you can pay off the tab in larger increments or in full without any term being involved.

The point is that that consumers are willing to pay big dollars for other big-ticket electronics, be it a tablet, HDTV or digital camera. All of those are arguably used less than a smartphone, so wouldn’t it make sense to spend more upfront for a phone to keep the carriers’ shackles off?

A smartphone, in many respects, is an investment in time, entertainment, information and staying connected, so given the freedom the device provides, it makes sense to give yourself even more flexibility if you can afford it.

Notebooks geared for Back to School