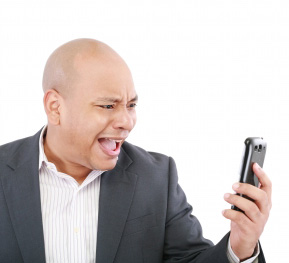 The Competition Bureau, a federal government watchdog, has initiated a lawsuit against both the Big 3 wireless carriers, Rogers, Bell and Telus, and the Canadian Wireless Telecommunications Association (CWTA) for misleading consumers through advertising premium texting services that are billed as being free, but allegedly incur hidden fees.

The damages sought include $10 million each from the carriers, and another $1 million from the CWTA. The reason for bringing the case forward after a five-month investigation is based on the allegation that the carriers knew their customers were being charged discreetly for services that included ringtones, trivia questions, jokes and other texting services. Rather than outwardly disclose the costs, the bureau claims the carriers buried the fees in monthly statements.

Though the carriers ultimately acted as facilitators, since they didn’t actually own the content, the bureau believes them to be liable because they profited from these services and created the false impression that their customers weren’t paying for them in the first place.

Commissioner of Competition, Melanie Aitken, said that there were “far too many cases” of consumers only becoming aware of the costs after they were recorded in their monthly bills. This, despite advertising that implied the services incurred no extra costs. According to the bureau’s report, these premium-rate services can cost up to $10 per transaction, and up to $40 for a monthly subscription. The report also alleges that customers weren’t properly informed to accept or not accept any fees or costs associated with using these services.

The carriers have yet to respond to the allegations, but the CWTA issued a rebuttal claiming that the carriers have no real control over how the texting services are rolled out and who operates them. Their main role as a facilitator, it says, is to manage billing for them. The statement, however, doesn’t really acknowledge the fact that consumers may have been misled by ads.

Instead, CWTA’s president and chief executive officer, Bernard Lord, criticized the bureau for launching the lawsuit and stifling potential innovations and technologies related to mobile.

The case will be heard at the Ontario Superior Court of Justice under the misleading advertising provisions of the Competition Act.

Aside from the financial restitution, the bureau is also seeking full refunds to customers, a stop to all misleading advertising and full disclosure of associated costs, plus corrections and updates to the terms and conditions laid out by the carriers.

The combined $31 million sought in the case can be considered a very low amount for the carriers, who have been raking in record profits for years.

©anadian ©opyright Goes Round and Round