As part of a unique high-tech music concert, an out-of-this-world song will make its debut from outer space.

Well, half of it will.

One performer will stand on terra firma, here in Canada; the other performer will be floating freely on-board the International Space Station, so the concert will depend on synchronized transmission infrastructure and real-time two-way communications technology between Earth and space. 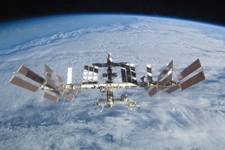 The song will premiere on CBCMusic.ca in March 2013, with Hadfield performing on the International Space Station and Robertson and the Barenaked Ladies on earth with a high school choir.

The tune is commissioned by CBCMusic.ca and The Coalition for Music Education to celebrate music education in schools across Canada.

It will be premiered as part of Music Monday 2013; annual celebrations that day bring together hundreds of thousands of students and teachers across the country who take their music programs outdoors and into their communities, uniting folks in song and musical celebrations.

Hadfield, a veteran of two space shuttle missions, is scheduled to go into space on December 19th, 2012. He will line and work and play there as part in a six-month mission aboard the International Space Station (ISS), during that time he will become the commander of the spacecraft – a first for any Canadian.

Hadfield spoke to CBC News Net about the mission and the special music project.

Throughout his time in space, Hadfield will collaborate with multiple Juno Award-winner Robertson to write and perform I.S.S. (Is Somebody Singing. 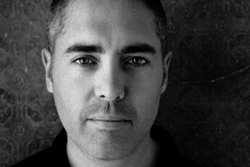 “I want to communicate the incredible experience of being in space – what it’s like to launch on a rocket and live on the International Space Station,” Hadfield says. “But Ed and I think that the real satisfaction will come from performing this song with thousands of young people across Canada for Music Monday, connecting the Space Station to Earth through music.”

There’s also a video clip of Hadfield and Robertson in studio at CBC going through I.S.S. (Is Somebody Singing) and rehearsing it together.

The performance of the song – from Space to Earth – will be posted on CBCMusic.ca .ca in March to allow students across Canada to learn the song in time for the Music Monday celebrations on May 6, 2013. They’ll perform the same song at the same time, uniting the country in song.

Various musical arrangements and translations will be available for download through the Coalition for Music Education’s Music Monday website.

CBCMusic.ca is producing a series of videos, interviews, blog posts and posting photos from both parties to engage the public throughout this exciting process.

CBC will debut the finished song across all its media platforms (Radio One, Radio Two, Radio Three, CBC TV, CBCMusic.ca and the CBCMusic.ca mobile applications for Android and iOS).

CBCMusic.ca is a free digital music service with more than 40 Web radio stations and music communities, plus CBC Radio 2 and CBC Radio 3, 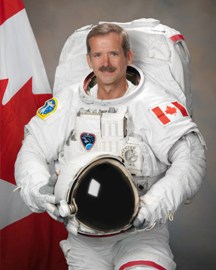 Established in March 1989, the Canadian Space Agency (CSA) coordinates all civil, space-related policies and programs on behalf of the Government of Canada and is committed to leading the development and application of space knowledge for the benefit of Canadians.