Canadian Women in Communications is launching a new mentorship program with Wired Woman Society, for example, even as it says goodbye to a long-standing and much-accomplished association President. 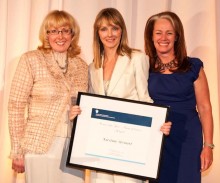 After more than 16 years helping CWC become one of the country’s most respected business organizations for women, Stephanie MacKendrick is moving on.

She says she will remain involved with the group as a Special Advisor to the Board, but her departure to pursue other opportunities will be effective December 1, 2012.

CWC continues to grow and expand (it’s now counting some 2,900 members in nine chapters across Canada) even so, and it has added new members to its executive team and advisory committees as it moves in to the Digital Age.

First, there’s the establishment of the CWC Technology Leadership Council, a group of senior industry leaders charged with steering the organization through digital convergence.

As well, there’s an introduction of the CWC/Wired Woman mentorship program, which is focused on providing mentoring relationships and professional development for women who are newcomers to Canada and women of diversity who are in transition to technology-related careers.

To head up these important initiatives, CWC has appointed Joanne Stanley as Special Advisor, Strategy and Technology Sector. She is charged with leading CWC’s operational and technology sector strategy.

Ranade is familiar to the WhatsYourTech.ca community, as Founder and Publisher of the Canadian tech blog and information portal. 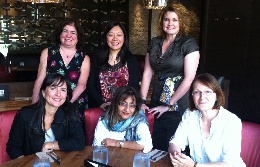 CWC joined forces with Wired Woman in May 2012.

Also during MacKendrick’s tenure, CWC established the CWC Centre for Strategic Digital Leadership, it grew its annual CWC Awards Gala into a must-attend event in Ottawa, it established the highly-respected CWC/Shaw Media Mentoring Program, the Career Accelerator series of executive training for media and communications leaders and launched a successful Women on Boards initiative that saw the companies in CWC’s advocacy circle achieve representation of women on their boards 2.5 times greater than the FP500 average.

“I believe in CWC’s mandate today as strongly as when I first joined the organization in 1996. CWC has changed the careers and lives of a generation of women in the media and communications sectors.  I’m very proud of the legacy I will be leaving and grateful for the privilege of working with such a talented and dedicated group of colleagues, sponsors and Board members,” she said. “Together we accomplished a lot.”

“Stephanie MacKendrick has been an outstanding leader and will be missed as the face and voice of CWC.  Under her direction, CWC has become the go-to women’s organization for top quality professional development, business networking and recognition. We sincerely thank Stephanie on behalf of all of our stakeholders for all she has done for the organization and wish her every success as she moves forward toward new horizons,” said Patricia Douey, Chair of CWC.

Judith Campbell, Vice President, Partnerships, will assume interim responsibility for leading CWC.  Judith is a veteran senior member of the CWC team, serving for more than six years from 2002 to 2007 and from 2011 to present.

“This is an exciting time for CWC.  We are leading the way in offering programs and activities that equip our members to excel in the age of digital transformation,” said Patricia Douey, Chair of the Board of CWC. “It is particularly important given the role women in technology and communications can play in contributing to Canada’s innovation agenda and future economic prosperity. CWC is proud to play a major role in facilitating the success of this crucial national strategy.”

Stanley is an experienced not-for-profit leader with a corporate background in technology and telecommunications.  She most recently was the founder and Executive Director of Canadian Women in Technology.

CWC and the Information Technology Association of Canada (ITAC) have had a longstanding partnership to jointly work on improving the professional development opportunities of women in the information technology sector, a strategy to supplement the legacy of strong offerings for women in media and telecommunications.

The art of technology keynotes and product launches