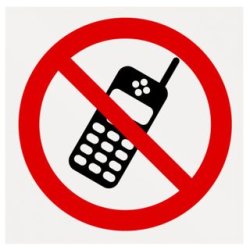 Calls for a cellphone code of ethics are being made by users, providers and government agencies.

One wonders whether such measures can protect us from ourselves.

We’ve all heard – and maybe felt – the sting of a cellphone bill that’s way larger than expected (thanks to roaming charges or cancellation fees or extra usage above and beyond the plan). For years, we’ve ranted and raged against the seemingly monopolistic machinations of the major phone and wireless providers in this country.

But the three majors still have some 94 per cent of the market.

So any new cellphone code of ethics might be well advised to address consumer decision-making in the marketplace.

The Canadian Radio-television and Telecommunications Commission (CRTC) is among those wanting to develop a code for the industry, and it is asking us for our input.

The CRTC is the government agency that oversees the phone, cable and wireless business in Canada has a public consultation underway, and it will hold a public hearing as part of its efforts to develop measures to protect cell phone users.

“In the past, Canadians have told us that contracts are confusing, and that terms and conditions can vary greatly from one company to another,” explained Jean-Pierre Blais, Chairman of the CRTC. “We are asking them to assist us in developing a code that will help them better understand their rights as consumers and the responsibilities of wireless companies.”

So we can share our views on cellphone and mobile device account terms and conditions, how such a code would be applied and most importantly, how it would be enforced.

Citizen advocacy and lobby group OpenMedia.ca say it welcomes the new CRTC consultation, and it has launched its own online portalfor collecting cellphone horror stories, stories it says reflects the fact that there simply isn’t enough cellphone choice here. 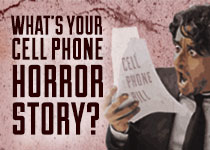 OpenMedia.ca has its own call out to Canadians to share their cellphone horror stories.

But it may not be the amount of choice, but the type of choices we make, as consumers of cellphone products and services. There are several new phone companies and offerings on the market, with offerings described as lower in cost, lower in hassle and lower in contract obligations than ever before.

Yet the new companies’ share of the Canadian wireless marketplace, perhaps growing, is still very small. One could say that by our purchase decisions, we have shared cellphone stories and by a large percentage, we say ‘Can I have more…?’

Speaking of more, there already is a mechanism and online process for sharing complaints about telecom services: the Commissioner for Complaints for Telecommunications Services.

The Commissioner’s office has been collecting complaints for years, and each year it reports receiving more.

In a recent report, the CCTS says wireless services again topped the complaints list: only one company, Telus, saw a reduction in complaints, while Bell had a 17 per cent increase and Rogers a whopping 112 per cent. Cable and phone complaints sometimes get mashed up, but the signs are clear.)

Now, the CCTS admittedly has few if any enforcement teeth, but other entities are better equipped to monitor and manage the marketplace.

Canada’s Competition Bureau, for example, has launched a lawsuit against the country’s Big Three wireless providers (and the industry association that represents them) for misleading consumers through advertising premium texting services that are billed as being free, but allegedly incur hidden fees.

As well, as WhatsYourTech.ca has reported before, some provincial governments are moving faster that the feds, or the CRTC.

In Ontario, The Wireless Services Agreement Act, 2012, was tabled offering up legislative protection from unfair wireless practices, echoing initiatives in Manitoba and Quebec.

Cell shock can come if consumers make an ill-informed choice about cellphone products or services.

The Ontario legislation (albeit now delayed in the proroguing at Queen’s Park) requires wireless carriers to provide clear disclosure of all optional and mandatory services and contract cancellation penalties, and limit contract termination fees.

Of course, the wireless companies themselves are not immune or unaware of consumer concerns and complaints.

The Big Three have launched their own initiatives to show greater consumer care and service flexibility, with recent announcements of some fee reduction or cancellation, added flexibility with packaged plans and subscriber options, as well as concerted online and social media campaigns to be more open, approachable and accountable.

With all these public, private and community campaigns underway, Canadian cellphone users and consumers of just about any telecom service available here, have a mechanism to voice their concerns and share their stories.

The venues are good to have, and one hopes the information gathered will be useful and actionable.

Of course, the loudest voice we have as a consumer is when (if?) we make a purchase.

The CRTC will be accepting comments until November 20th, 2012, and the public hearing will begin January 28, 2013.

Video: How to Use Evernote with Everything

Microsoft Office coming to iOS and Android in early 2013