You may have heard the news: the future is coming, and it will be great!

That’s the word from recent super-conferences on super-computing and the tech-based transformation that is powering a new world of information, communication and innovation. 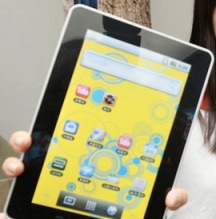 Smart gadgets the size of human blood cells are part of our techno-future.

Smartphones will be the size of human blood cells, and float inside us just like the red ones. That’s real ubiquitous connectivity, and it will bring about social shape-shifting unlike anything human culture has been through before.

Technology will counter the effects of aging, too, so we’ll all do things we’ve never done before.

At SC ’12, the SuperComputing Conference now underway in Salt Lake City, Utah, analysts, engineers and supercomputing experts are documenting and discussing how human evolution can be pushed forward through technological innovation and collaboration.

The conference is staged by the IEEE Computer Society, and while technology experts are in attendance, the organizers want to hear from the broader tech user community, too.

The IEEE has developed what it calls an online interactive infographic portal, and it’s asking for people’s input and ideas on what “Civilization 2040” will look like once technology is done with it.

As information and communications technologies (ICT) reach new levels of super-capability and super-capacity, they will play an increasingly critical role in driving innovation and impacting the well-being of society by that time.

For example, supercomputing is at the heart of intensive research that will allow for near perfect weather forecasts, ICT analysts report. With echoes of Sandy and Katrina still being heard in the conference hall, session leaders say the weather damage and destruction inflicted by devastating hurricanes and other natural disasters will be significantly lessened as a result.

Supercomputing will also have a broad impact on global economic forecasting and development.

“In order to compete in an evolving global economy, companies and countries alike will need to heavily invest in supercomputing,” said IEEE member Dr. Bronis de Supinski, who’s worked with the advanced technologists at California’s Lawrence Livermore lab on Advanced Simulation and Computing (ASC). “Supercomputing will be essential in meeting the increasing demands for progress.”

Of course, the future has been on its way before, and technology has always been in lock step.

I kind of remember the global enthusiasm and personal infatuation for technology engendered by the international science fair known as the International Geophysical Year, and the marvellous predictions for human betterment through technology that were made at the time. Donald Fagen remembers, too, it seems: the lead singer and composer for rock band Steely Dan once paraphrased the supercomputing predictions made during IGY in his song of the same name:

Programmed by fellows with compassion and vision

Surely, the folk at SC’12 can make it happen, right?

He predicts much longer life expectancies, cures for cancer and heart disease ( as well as techno-gadgets like flying cars and robot butlers).

In his previous writings and newest book, How to Create a Mind, he says the law of accelerating technological returns and the pace of information technology advances will grow at an exponential pace until sometime near the end of the century.

Computing capabilities, he predicts, will equal those of the human brain, and we’ll be tied directly into high-tech ICT platforms, including the Internet.

“In another 25 years, smartphones will be the size of blood cells, we’ll put them inside our bodies and brains,” Kurzweil says (his current book tour included a stop in Toronto, and at the annual future tech conference, Techonomy). 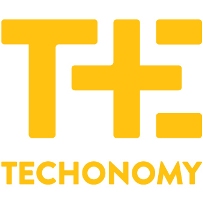 Supercomputing, if not nano-phones, is already used in health care and regenerative medicine, and it’s expected to permanently eliminate a number of diseases, heal the effects of aging and potentially extend humans’ lives.

In fact, SC ’12 experts predict that by 2025, well use artificially-developed body parts to replace those damaged from disease or aging, including tissues and organs like the heart or lungs.

Supercomputing is also at the heart of important research in the energy sector, and it can bring about new ways of generating electricity and a greater adoption of renewable and efficient energy. SC ’12 speakers estimate that by 2027, supercomputing will play a role in the development of limitless clean energy.

Clean nuclear fission in thermonuclear reactors can produce three to four times as much energy as a nuclear power plant, they say, without generating radioactive nuclear waste.

The path to the future is clear, says IEEE representative George K. Thiruvathukal, Professor of Computer Science at Loyola University in Chicago.

He says the hardware roadmap for supercomputing is there now, but new programming languages (software) and data interpretation models (wetware) are needed to truly harness the incredible computational power that’s available.

Thiruvathukal says the next decade or so promises to bring a greater overlap of cloud computing and supercomputing, which could eventually yield advances in quantum computing, an idea still in the early stages that could become a reality by 2030.

With apologies to L.P. Hartley, the future is like a foreign country – they will do things differently there.

Is your passport ready?

What’s your tech vision for the future?