A new software application that’s available for mobile and tech gadgets lets users create their own Internet, like a peer-to-peer communications network of their own design.

It’s called Commotion Wireless, and it’s been in development for a couple of years.

It connects existing feature phones, smartphones, Wi-Fi enabled computers, wireless routers and other wireless-capable personal devices and creates a so-called Mesh communications network, either for one-off uses like emergencies or natural disasters, or for more long-term communications and data exchange that can bypass existing telecom or cableco services. 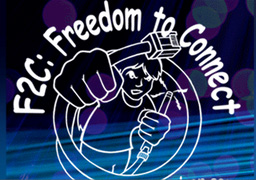 The open source software is now freely downloadable; all it then takes is two or more Wi-Fi enabled devices to create a stand-alone network; connection speed and network scalability is determined by the features of the devices being used.

(Innovator, program developer and cyber-activist Aaron Swartz was a past participant and speaker at the F2C Conference; sadly of course, he was not able to attend this year’s event.)

Meinrath acknowledges that U.S. State Department funding helped drive the project forward; the initial goal was a solution that envisioned as a way for dissidents, protestors and people overseas to overcome repressive regimes that tried to censor them or limit their communications by shutting down the Internet. 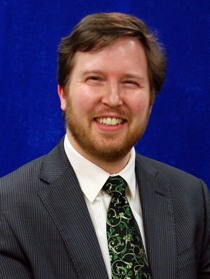 But residents of rural regions that are underserved by modern telecommunication systems, or even those who want alternative choices to existing telecommunications services, can make use of the solutions being offered.

And while the network could start with two people, international examples of much larger Mesh networks (although not necessarily using Commotion) show that the idea extends to tens of thousands: in Greece, the Athens Wireless Metropolitan Network (AWMN) has over 1,100 backbone nodes and over 2,400 client computers Spain’s Guifi.net has over 19,000 nodes.

In the same way a small business or home office network might use a single Internet connection, and then share that connectivity among all its connected devices, Commotion takes the same idea and offers the service to people so they can make phone calls much more cheaply, send text messages more freely, and even share network resources in a way that challenges the existing business model that says everyone has to buy their own Internet connection.

Meinrath pictures a spider web of connectivity whereby communications can happen over large distances and across a lot of different devices with the downloaded software acting to virally update other devices and spread the communications.

Commotion is careful to note that ‘there is no such thing as perfect security and anonymity’, and it says it will continue to develop its product and make the Commotion network as secure and anonymous as possible, but it will also let users know of the weaknesses of the network with a unique warning label.

Commotion developers point to other software that could bring a higher degree of online safety, security and anonymity, such as tools from The Tor Project, or tools like Psiphon, software developed at the University of Toronto’s Citizen Lab, that is used to both document and fight censorship, surveillance and filtering on the Internet.

Also appearing at the F2C conference was Dewayne Hendricks, CEO of Tetherless Access, Inc. (TAI), a California-based company which also does research, product development and deployment of broadband wired and wireless data devices and services. His was one of the first companies to develop and deploy unlicensed wireless data networks using the TCP/IP protocols, and he has helped install such networks in many parts of the world, including Kenya, Tonga, Mexico, Mongolia and Canada.

NetTalk lets you port over your existing landline phone number