Karen Bennet of WhatsYourTech recently wrote an article, Technology Needs More Women, and provided insight as to why women are under-represented in the high-tech industry,”…the main issues for retaining and interesting women in technology fields are a feeling of lack of knowledge, confidence and the geek culture.”

In a similar 2012 Forbes article , Forbes indicated these reasons,”… number one [women] think it’s not interesting. Number two, they think they wouldn’t be good at it. Number three, they think they will be working with a number of people that they just wouldn’t feel comfortable or happy working alongside.”

In the last decade alone, I have witnessed some progression with women pursuing traditionally male-dominated tech roles: CTO, Software Development, QA and Information Architecture. However, the numbers are still lacking. Is it confidence? Is there a societal stereotype that influences tech career selection by women? It’s both.

There are countless organizations like Wired Woman Society, in their efforts with MicroSkills;     SWIFT (Supporting Women in Information Technology) that continue to advance and encourage women to take advantage of opportunities in a world where the demand for skilled individuals in an increasingly growing sector.  And, these organizations are making a difference; they are supporting women to become better represented in tech careers. 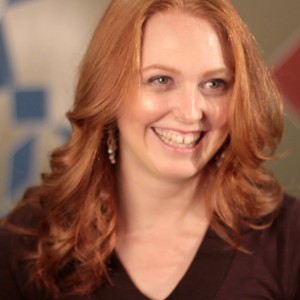 One of those organizations is New York Tech Women. I had the privilege of meeting with the Founder, Jennifer Shaw. I sat down to speak to her about this prevailing topic and NYTech’s role in moving this discussion forward.

Tell me about what NYTechWomen is all about?

Our first goal was to give women a friendly place to go amidst a sea of male-dominated New York tech meet-ups, but it quickly turned into so much more. Since we started in late 2011, our members have made countless connections leading to job opportunities, career advice, and friendships.

Business can be filled with agendas, egos and inner-circles. Tech or start-up culture is no exception to that, so we wanted to create a welcoming place in which hierarchy wasn’t the focus. All of our events are women-only, and while that may sound off-putting to some, it’s one of the favorite parts of our organization by the majority of the members. We create an environment in which the goal is collaboration, not competition. It can easily be likened to the supportive atmosphere of an all-women’s college.

What do you see as some of the common challenges of women who work in a predominantly male industry? And how does NYTechWomen help quell some of those challenges?

The more women I talk to, the more I realize that while gender-based discrimination can still be an issue, the biggest problem they confront is simply finding someone to relate to. This is where NYTechWomen comes in.  By offering a relaxed space in which women, from all kinds of interesting backgrounds can connect, tech becomes a friendlier, more comfortable place to be.

You told me briefly about some of your concerns with Sheryl Sandburg’s “Lean In.” Can you expand on this?

I think all conversations and debates about gender equality are worthy of being had, but I thought “Lean In” focused on parity more than true equality, and I don’t think that’s the answer. We hear over and over again that we need more women in tech, and while this is true, the bigger problem is that not everyone is welcomed with open arms into an industry that is largely built for people with inherent advantages, such as Ms. Sandberg’s life privileges and exceptional resume building opportunities.

In a world where women are gaining strength in numbers and where, in emerging economies, women are aggressively moving to non-traditional roles outside the home and in senior positions in business, do you foresee changes happening that will slowly crack the glass ceiling?

Eventually the class ceiling won’t just be cracked; it will be shattered! But take a look at world history: battles for equality take time. I think we are taking all of the right steps by having the conversations, but there is still a lot of work that needs to be done.

A recent article from Harvard Business Review,  Your Company Doesn’t Need a Women’s Network, it was stated , “There was vociferous agreement that until today’s male-dominated and masculine-normed leadership teams decide to proactively change the balance by pulling women into power, most corporate women’s networks will remain nice places to hang out — and a noose for the gender-balance effort to hang itself on.”  How do you respond to this?

I’ve always said that I look forward to the day when NYTechWomen is no longer needed — when gender just isn’t of any concern any longer.  But I think we’re still a long way off from that.

I do agree it’s hard to change a long-standing male-dominated corporate culture through an internal “women’s network.” But at the same time, male leaders hiring women because they are women isn’t the answer, either. Sure, we know that women make great business partners — but at the end of the day the goal is to get women hired for their talents and abilities in equal measure to men.

As a woman who has worked in the Tech industry for a decade, I’ve also come to notice that women occupy very traditional roles — mainly on the business and operational side. I have been pleased to see female leaders in senior development management roles but this has been few and far between. Does this same pattern hold true for NYTechWomen?

I do think the NYC tech space is more amenable to women leaders than the general business world.  While the breakdown is nowhere near 50%, I have my eye on several amazing senior development leaders who are actively working on great projects — and to help other women achieve the same status.

What do you think needs to be done to motivate or “instigate” an increased movement of women within engineering, math/science roles?

I think we’ve done a great job of open the dialogue and bringing parts of the problem to light. I wish I had the magic answer of what needs to be done next, but I do know that  if we really want to motivate women to participate, I don’t think that touting work-life balance is enough because their reasons for being there are so varied. The same holds true for the women outside of the tech space. Career, family and success is an individual decision, so those motivators need to be individualized.

What do you foresee happening in the next 5-10 years? Will the next generation of girls see a different world than we do today?

I most certainly think that the next generation will see a different world, and I also see that they will have an active part in making it. While NYTechWomen isn’t currently focused on moving the new generation into the tech space, there are many groups that are, and we are proud to have partnered with some of them. I have seen with my own eyes girls as young as middle school spend weeks on end coding up a mobile app in their off hours. It’s impressive, inspiring and most certainly world-changing, regardless of gender. They happen to be girls coding apps, but the point is that they are coding apps. That’s the world changing part.