Canadian born media technology pioneer and educator Goldie ‘Red’ Burns passed away last month, and online tributes have sprung up to honour her and share memories about a true communications visionary. 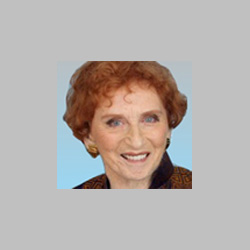 She was among the first to recognize the full potential of portable video technology, and the power that media creation tools would have once put into the hands of ‘ordinary people’.

Burns would go on to pioneer developments in community television and public access TV, technology platforms that are seen as forerunners to the YouTubes and Facebooks of today.

Born in Ottawa in 1925, after high school she went straight to ‘work’ and at the age of just 16, she took an internship as a documentary filmmaker at the National Film Board of Canada, where she would remain until 1947.

Years later, as part of the celebrations for the NFB’s 50th Anniversary, she recalled being hired by NFB founder and documentary pioneer John Grierson, and how her immersion in ‘Griersonian’ ideals about media and public service would shape the rest of her career.

“I knew all the time I was there it was probably the most extraordinary time I’d ever have in my life—and it was,” Burns said, speaking mostly of the training and experience, but perhaps also referencing the fact she married an NFB film editor. (She would later remarry, and move to New York City.)

Somehow, she also found the time and energy to “devote her life to using new media technologies to empower citizens and give a voice to under-represented people,” said Tom Perlmutter, NFB Commissioner, in a written tribute to Burns. “Everyone working in this field owes her a great debt of gratitude. Her leadership and spirit of experimentation has meant so much, and she will be greatly missed.”

Among her many accomplishments, Burns founded and led the Interactive Telecommunications Program at New York University, where participants were trained and equipped to create their own media content and documentary programming. 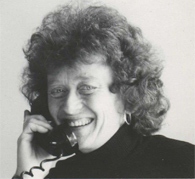 Red Burns worked at the NFB, and she went on to found the Interactive Telecommunications Program at New York University.

Using what were then state-of-the art Sony video porta-paks, producers could break out of the TV studio and capture video in the real world (the so-called portable video cameras weighed 10 or 15 kg. back then) They could then distribute the video to communities of interest across new two-way cable TV networks.

This of course was long before the Internet and social media sharing, so Burns was a critical bridge between the analog and digital worlds. Later, she would describe the computer as “just another tool. Like a pen. You have to know penmanship, but that will not write a book for you.”

Fittingly, then, an online tribute site has been set up for people to share their own stories about Red Burns.

Widely recognized for her lifetime of academic work and media achievement, Burns received a number of awards, including a Special Achievement Award at the 15th Annual Webby Awards.

She was also named one of Newsweek’s 50 for the Future, one of Silicon Alley Reporter’s 100 Top Internet Industry Executives in New York and one of Crain’s 100 Most Influential Women in Business in New York.

Her award as an Inspiring Women in Science is perhaps most representative of her overall impact and lasting legacy.

Presented by The Exploratorium at San Francisco’s Palace of Fine Arts, it has a long tradition honouring those women who best combine science, technology, and education.

Red Burns did that throughout her career. 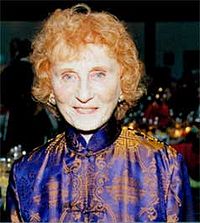 Her nickname was as much for her fiery hair as her professional drive.

Roku 3 a solid little box, may be the media streamer to beat