It’s not all about you.

And selfies are not just about your self anymore.

A Montreal-based technology company has developed a new imaging platform that takes pictures with a full 360 degree view. 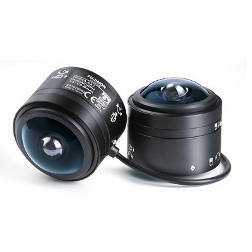 Camera lenses and software systems for capturing 360 degree images are getting smaller, while the applications for their use continue to grow.

The company is working with major camera, smartphone and lens manufacturers to embed its system into their consumer products.

ImmerVision’s patented new 3.8 mm panomorph (wide-angle panoramic) lens is incredibly small, so it can be integrated into compact mobile gadgets and even wearable devices.

But the small package delivers a big picture – it takes high quality images with a distortion-free 360° x 182° field of view. No tripods, no panning the camera, no having to stitch the image together later on a PC.

“If Ellen DeGeneres had a phone with this technology, her famous Oscar selfie would have captured a much wider, clearer, and more natural shot — without any distortion or need to extend the mobile phone more than a few inches from her body,” noted company president and CEO Pascale Nini.

(She did not mention the even more recent ‘monkey selfie’, and whether a wider view would have revealed more about possible copyright conflicts.)

ImmerVision has previously developed other 360 image solutions and products for industry, but its newest panamorph lens opens the door for any product manufacturer or software developer to integrate the technology and offer brand new capabilities in their consumer products.

In fact, as ImmerVision Director Louis Brun described, several products are currently in production, and are expected to be available at the end of this month.

“I can’t tell you exactly who is now integrating our technology into their products, due to confidentiality agreements,” he said. “But if you count the top five or ten companies you would first think of, well, all of them are currently developing products.”

ImmerVision’s name will not necessarily appear on those releases, but the company is licensing both the panamorph lens and a proprietary software package that will be embedded into them.

Using advanced, patented optics and specialized algorithms, ImmerVision nevertheless says its platform can be adapted to any sensor on any camera, for any market, including consumer, commercial, and government. 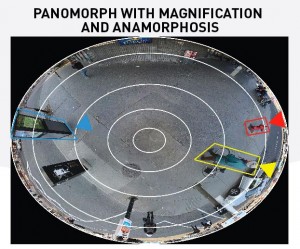 Images captured with Panomorph lenses and compatible sensors can be navigated and magnified while still delivering high quality and resolution.

Using standard touch-screen gestures, users can change image views, rotate images and angles, look at more than one view at once, and even interact with multiple friends or colleagues on different devices at the same time from a single screen.

The idea, Brun continued, is to achieve certain industry standardization for acquiring, viewing and distributing 360 imagery, and to deliver complete solution across multiple platforms so that no other costs are associated with the immersive image process.

The number or type of possible uses seems almost endless: not just for consumer selfies or Skype-type video chats, but in house-hunting and real estate, travel and tourism, business-to-business communications and tele-conferencing, security and surveillance, distance education and more. 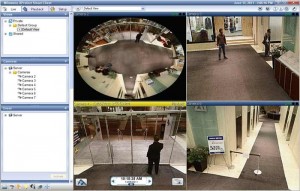 As the system works with either live or recorded imagery, there are tremendous implications in other settings, such as pro sports, music performances and concerts, news gathering among them.

Once certified for compatibility, the company says the system is available for devices running on major platforms including iOS, Android, and Microsoft.

The lens and software are compatible now with current image sensor standards of about five megapixels, but Brun added that compliance testing with eight megapixel sensors is underway, and that initial results show very positive results, due in part to the extra data that’s captured and passed along to the ImmerVision software engine.

Online examples and industry demonstrations of the system are, well, turning a lot of heads, so we will be watching with interest for new ImmerVision 360 enabled products.

Back to School Windows PC laptops with a twist