“I looked out my third-story window to see a drone hovering a few feet away.”

That’s how the report on the police blotter began; after providing additional information about the encounter, the report noted that the complainants were “extremely concerned, as [the drone operator] could very easily be a criminal or a peeping-tom.”

He could be a jilted lover or suspicious spouse. He could be an insurance investigator. Or a nuisance plane-spotter, getting in the way of commercial air traffic. Or an innocent kid trying out a new tech toy.

And so it goes. Another technology from the school of double edged swords has made it to the marketplace, one with capabilities for uses both good and bad, seemingly dependant on the operator but certainly enabled by commercial competitiveness and technological capability. 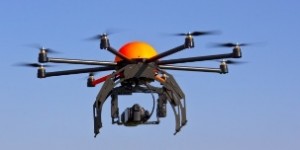 Drones are remote-controlled aerial vehicles. Using wireless signals generated by a specific device controller, or something as commonplace as a smartphone, they are in many ways technological extensions of key human senses.

Drones can carry video cameras and other sensors on board, and they can transmit the data they capture back to earth in real-time. Microphones and other listening devices can also be attached. Drones can be pre-programmed to follow a specific route, using their internal GPS and gyroscopic features, and they can follow a moving object that’s emitting a compatible signal, like someone carrying a smartphone. The drone has features that can record where they have been during a flight, and they can report back as required or desired.

Drones can do more, and less expensively, than when first introduced into the consumer marketplace; some say that consumer drove development is moving faster than the military’s, where drones – aka unmanned aerial vehicles – first found a calling on – make that above – the battlefield.

As much a political solution nowadays as a military one, drone use has extended to law enforcement, security services and policing, where drones are being used in surveillance and detection, in search and rescue, in crime scene investigations and in the monitoring of large crowds and public demonstrations. In emergency scenarios such as natural disasters, forest fires or floods, drones can survey an affected area much more quickly and safely than land bound rescuers.

Of course, they are being put to many commercial and recreational uses as well.

From robust well equipped quad-copters to more compact and less frilly nanocopters, from off-the-shelf turnkey systems to do-it-yourself homemade configurations and everywhere in between, drones are attracting lots of hobbyists and businesspeople, among other users.

Drones are huge in the movie and TV production business, providing directors with one of the most flexible and creative camera platforms ever used.

They have been used to document real estate that’s for sale by presenting unique views of a property not normally seen by a prospective buyer. Not only can they deliver unique advertising and marketing messages (check out this drone video from the Toronto Reference Library, created to promote its new facilities, as just one example), of course, they are being trialled as package and product delivery devices for couriers, as well.

But just as the technology gets easier to use, less expensive and more capable, there are increasing concerns about if, why and how these gadgets should be regulated, and what privacy or rights issues their use may create. 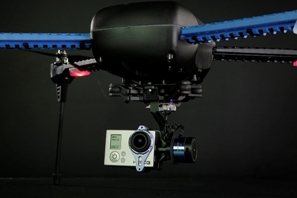 In fact, they already are: drone use is regulated by Transport Canada, which states that drones can only be used in certain situations, and at certain weights, and only for recreational use.

Use above and beyond such regs requires an operator to have a special license.

And, in its 2013 report called Drones in Canada: Will the proliferation of domestic drone use in Canada raise new concerns for privacy?, the Office of the Privacy Commissioner of Canada noted that safety, understandably, is a major concern with drone operation, only a few organizations are really looking to identify and manage any personal privacy impacts, or taking steps to help ensure that drones are operated in a responsible and ethical manner.

Noting that the rapid pace of technological development continues to raise new privacy implications with drone use, the development and enforcement of any regulation is in many ways a public awareness issue. Even when speaking hypothetically, it is very hard for someone who feels their privacy may have been violated through the operation of a drone to present substantive and sufficient evidence to support a complaint under existing regulations, like in the Privacy Act or PIPEDA laws.

But, information that was issued by the Privacy Commissioner can be helpful to anyone who is considering the use of drones for capturing images or video of individuals, or who feels their image has been so captured.

The OPC’s guidelines on the use of overt and covert video surveillance in the private sector as well as Guidelines for the Use of Video Surveillance of Public Places by Police and Law Enforcement Authorities do call on organizations to ensure surveillance activities are carried out in accordance with privacy obligations and responsibilities that exist in Canada.

Issues around “lateral surveillance” (citizens conducting surveillance on other citizens) is a growing phenomenon and recreational use of drones could further fuel this growing trend, the Commissioner adds.

In Canada, we are protected from unreasonable search and seizure by Section Eight of the Charter of Rights and Freedoms. So if law enforcement wants to gather information about someone when they’re in a place where that person could reasonably expect to have privacy, then police need a warrant.

What the peeping tom, suspicious spouse or aggressive advertiser have to have (beyond a sense of respect, propriety and decency) has yet to be determined.

Snowmobilers in Ontario need a licence; for different reasons, perhaps drone operators should, as well.
-30-

Where to recycle and sell your used electronics