It’s not surprising that tech companies and application developers are looking for financial support these days – they want a piece of what’s seen as a great new opportunity in the mobile and social space.

What’s surprising – no, just a little ironic – is that they are willing to put their name to the effort. 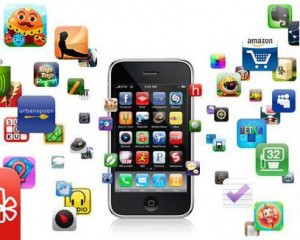 New applications that promise anonymity on the Web or when using connected mobile devices are all the rage – at least, investors and venture capitalists seem to love they idea.

Think of recent sales and market evals – WeChat hits, what, $60 billion dollars? WhatsApp sold for something like $18 billion! Snapchat’s been valued at more than $4 billion; the list goes on.

By offering up new apps in the marketplace for controlling, restricting or even concealing one’s identity online, these companies of course need to be upfront about who they are, and what they’re asking for.

Two tech firms out of the Vancouver, BC area are a recent case in point – Fundamental Applications Corp. and Foro Technologies Inc. signed a letter of intent earlier this year, and company principals announced plans to merge the digital assets of their two companies, and to seek fundraising and investor support in Silicon Valley (and elsewhere; ha – location should not matter, especially to an anonymous app maker). 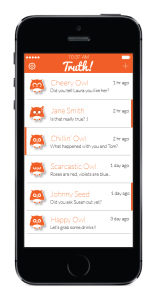 The companies also reported executive appointments as part of the growth and expansion strategy: veteran tech entrepreneur Nicholas Miller joined as Executive Chairman and social networking platform expert and tech company founder Ali Saheli is a member of the Advisory Board. There’s also a third tranche of financing that’s been finalized, another sign of just how many people want to be a part of the social messaging space.

The companies shared assets include Truth, an anonymity app that lead the way a couple of years ago when first released (Serum and Truth V 2. followed), letting users share messages, as the company described it, “with people who you actually know and care about: the people who are in your address book.”

Why exactly one would want to be (how anyone could be) anonymous among friends you actually care about is open for discussion… isn’t it?

Serum is a mobile chat application that lets users to post questions and have text conversations with a group of their friends – again, the hook is worded as anonymity: “[N]obody involved in the conversation is aware of who in the group is responding.

“Everyone’s identity is hidden, so let your words fly freely,” the product PR material continues. “With Serum, you can have anonymous group conversations with friends, family and colleagues.”

Certainly, the companies are aware that some of the tools they are creating can be used for, well, other purposes than intended. 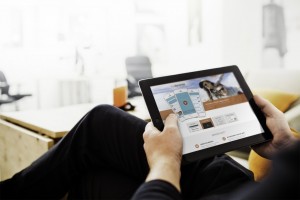 As one user wrote on a company blog, “I’m all for honest communication, I don’t really see how this app will promote anything but more cyber-bullying.”

Cyber-bullying is certainly one issue with such apps, and it can be unintentionally enabled by such tools. Indeed, app developers do try and address such possibilities by adding to an anonymizing app various user settings and preferences to restrict, control or block content that is sent or shared as messages between and among, well, friends.

Yet in many ways it is the anonymizing aspect of our online, mobile and digitally-mediated world that has created so many cyber-concerns in the first place: it’s way too easy already to hide behind a made-up user name, a fake online ID or Facebook account, even an obscured IP address – and then let those words fly freely.

Even without anonymization, words fly way too freely in many situations (yes, that can happen when face-to-face, or when on the phone, so it’s not digital devices alone that enable our careless or malicious nature), so software tools that give us more anonymity may not be the solution we really need here).

In fact, the exact opposite seems more likely – how much more responsible would anyone be with their freely flying words if those words were always, and instantly, and irrevocably attributed to them? And yes, if there were clear-cut consequences and penalties for being careless or malicious.

Some of the desire we have to be anonymous these days is a by-product of our desire to be secure online, to protect ourselves and our privacy.

But to be clear, anonymity is not the same as privacy: An anonymous action is one taken without attribution, with no name attached, with no source identified. A private action is one taken without external interference, without outside intrusion, without outside attention, but with at least an implied willingness to be identified (if only to select partners).

It may well be that some tools are needed for both the protection of privacy and the assurance of anonymity; but more to the point, a good understanding of why, where, when such tools are needed is crucial.

Effective community-based standards for safe and secure Web browsing and social networking are dependent not only on good programming and app development: the way the Internet was built in the first place and the protocols with which it operates today are key factors, as well.

Ultimately, regardless of the tools at hand, a broadly accepted social contract and democratically approved legal framework for online privacy, personal safety and social security is what’s really needed.

Automation Basics – A guide to the connected home