Canadian technologists and entrepreneurs are staging a series of events to explore the relationship between people, technology and the so-called reinvention of capitalism.

Events in Banff this past spring, and another planned for early next year, are part of a thought-provoking series of conferences and discussions that look at recent developments in what’s been dubbed the ‘sharing economy’.

Sensing the impact that early stage tech companies like Uber, airbnb, Lyft, Monkeyparking and many more are now having, the guest speakers and attendees at conferences like Interzone and Substance – The Future Rewritten are talking up tectonic shifts in economic activity and consumer capitalism being triggered by technological innovation.

Advocates and evangelists for the emergence of the sharing economy as a new business metaphor rightly point out that it helps make greater use of underutilized resources, anything from cars to power tools to wedding dresses to houses.

By interconnecting people who have such resources with people who want them, the thinking goes, a new business opportunity can be identified and opportunities maximized through the clever application of technology, networking and software programming.

There are millions of people with houses or apartments that have rooms sitting empty, sharing advocates say: why not make use of them by identifying, listing and making them accessible on the ‘Net? (On the other hand, anti-poverty activists say the problem is not empty rooms, but a lack of affordable housing in general – along with issues like chronic underemployment, lack of living wages, child care inefficiencies and so on.)

Robert Brennan Hart is an Alberta-based tech entrepreneur, and he’s the founder and CEO of organizations behind the conferences that take on these topics and more. He’s also a founder of the Canadian Cloud Council, an organization that seeks to build awareness and implementation of cloud-based services and solutions.

“We are in the early stages of a new economic system that fundamentally thrives on the sharing and open distribution of physical, intellectual and artistic resources,” Hart says of recent developments, and the agenda at events he’s helped stage. “Political and economic power is rapidly shifting from century old centralized entities to more agile, adaptable and distributed socio-economic frameworks.”

If nothing else, Hart is not afraid to have tough conversations that challenge the status quo, and with his conference activities, he continues to trigger discussions that take place at the crowded, busy intersection of technology, science, creativity, entrepreneurship and the sharing economy.

Somewhat ironic in this context of sharing and openness, the next such event is invitation-only.

For two days next October, Substance will be staged in LA, where a number of speaker presentations and panel discussions will address social, cultural and economic changes wrought by technologically savvy innovators and entrepreneurs.

A first glance at the list of participants (speakers include Blake Irving, CEO of GoDaddy; Robin Chase, CEO of BuzzCar; Anthony Bay, CEO of Rdio; and Padmasree Warrior, CTSO of Cisco) is impressive, even if the group seems a rather techno-friendly group of already clear winners in this nascent new economic reality.

Advocates and evangelists for the sharing economy point out that it helps make greater use of underutilized resources; but critics point out there’s a downside in the new business model: it’s based largely on evading regulations and exploiting worker/owners. 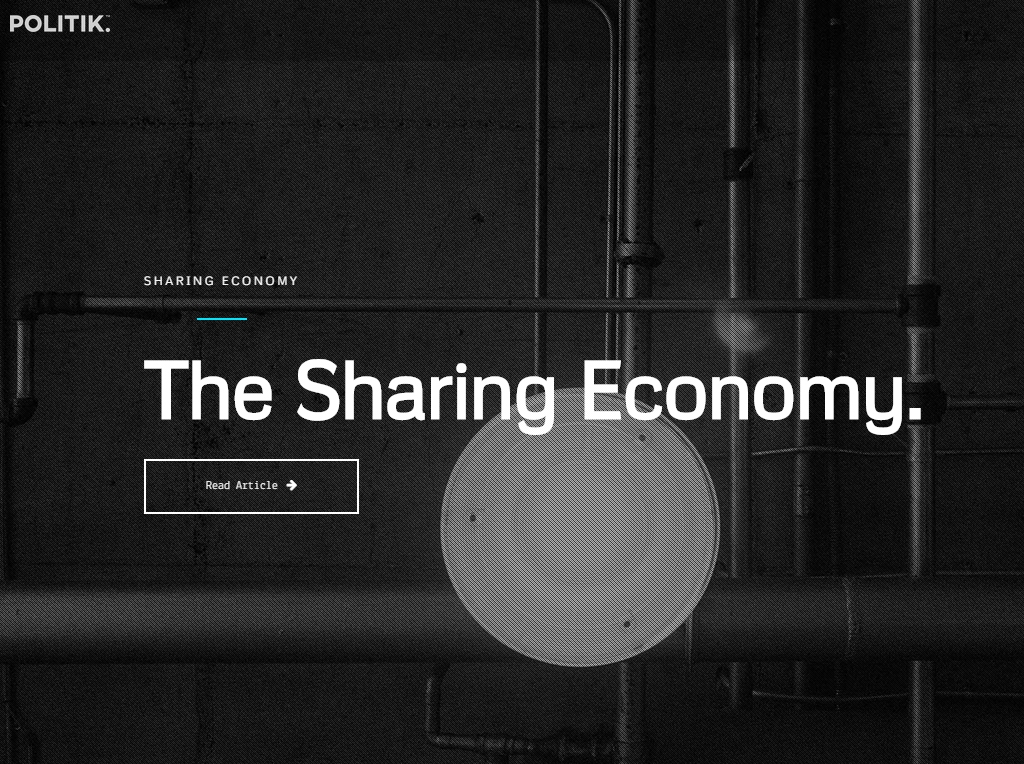 Conversations about the sharing economy are triggered by activities and events from a Canadian entrepreneur.

There have been concerns and disputes about the safety of cars being shared, or the taxes being paid by owners of shared rooms, if not the fact that the valued resources are provided by the owner, with most profits going to the enabler. As more and more consumers share and recycle their old stuff, some observers worry, overall demand for new stuff might decrease, and that could be bad for both innovation and employment.

It doesn’t make sense to essentially exempt entire classes of business from safety regulations, employment standards or business taxes just because they provide their services online, some opponents say, so the conversation can indeed be tough.

Then, on the list of Substance speakers, one reads the name of the author of books like No Logo and The Shock Doctrine, Canadian author and social activist Naomi Klein.

Among her many pointed criticisms of the current socio-economic, political and environmental structures, she writes in another of her books, This Changes Everything: Capitalism vs. The Climate, this observation:

Not to speculate too wildly, but many of the issues that have arisen around the sharing economy are issues she has championed before.

Workers rights, for example – and the need for a fair wage, fair benefits, and access to training and advancement that helps boost an individual worker’s prospects  for success, as well as boosting his or her contributions to the economy overall.

The term ‘precarious employment’ has come to represent the state of worker opportunity these days: here in Canada, part-time, contract or temporary work is on the rise, and full-time employment opportunities are declining. New work opportunities created in the online world are part and parcel of this difficult new reality, as many of the jobs created in the sharing economy do not offer traditional work related benefits: health and safety protection, for example, medical and family benefits, pensions – the list goes on.

So Klein is certainly familiar with the concept of worker co ops (she and her husband Avi Lewis produced the terrific documentary about worker co-operatives as a progressive alternative to top down corporate structures, called The Take.

Co-ops can be seen as an alternative model of business organization as well as social structure. The mandate is to develop collectively owned,  democratically controlled businesses with a mission to anchor jobs with fair wages, proper tools and training, adequate medical insurance, family supports and worker/member pensions, as opposed to a mission of pure profit and stakeholder reward.

As it happens, another participant in the LA event is a company called Avasant, a management consulting firm and collaborator with Hart in triggering and hosting topical discussions about our brave new Digital Age.

“We believe that the Digital Age is much more than the development of new technologies or the application of these technologies for corporate profits,” says Kevin Parikh, CEO and Senior Partner of Avasant. “We have a once-in a generation opportunity to redefine our societies to ones where growth is finally reconciled with equality, and a free market is once again a fair market.”

There’s a future worth talking and (re)writing about.

The debate over streaming music for free