So, we have the attention span of a goldfish.

You may have noticed recent headlines reporting that fact, or something to that effect. The human attention span is dwindling, reports say, down to some eight or nine seconds, about that of a goldfish.

Of course, you may have been distracted, and so you missed the story. It seems that is part of the problem.

One of the interesting aspects about this ‘news’ is that it was put out by Microsoft Canada, based on recent research and testing. 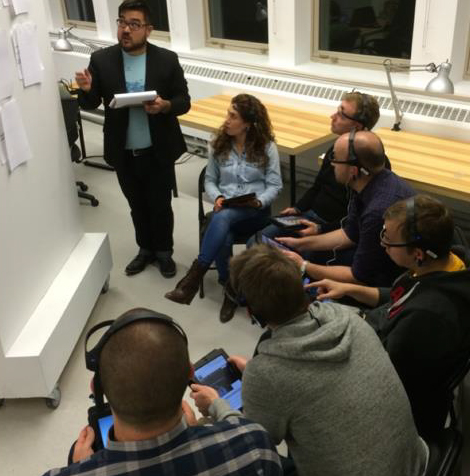 Microsoft researchers looked at the attention spans of people, and the impact of using mobile and digital technology.

Microsoft itself was surprised by the results, but “they were good surprises,” said Alyson Gausby, the company’s Consumer Insights Lead.

Not surprising is the impact that our digital lifestyle has on our ability to focus and remain attentive.

Multi-device media consumption, so-called multi-screen multi-tasking and avid social media usage are all main indicators and influencers of differences in our attention spans.

The report shows ways in which digital activity can reduce our ability to remain focused on a single task, but also points out that it is possible to do more with less, using short bursts of intense attention and activity.

Much of our consumer culture (including, but not limited to,  multiple digital devices) urges – even trains us, the report says – to always want something new. Advertising, marketing and other media messages urge us to get the very latest whatever, and as those messages seek to ‘rise above the din’ to capture our attention, our attention just gets shorter with all the competing elements seeking to attract it.

It’s a vicious circle and one that is deeply rooted in human physiology: humans can be addicted to new things, and the report notes that the thrill of finding something new often makes consumers turn quickly from one experience into another.

Dopamine is released into our system naturally when we do something (we think is) rewarding; it’s natural to seek the ‘feel good’ neurotransmissions again and again. Microsoft says many of us (some 20 per cent) move on to seek a new stimulus just ten seconds after encountering one.

We’re “suckers for novelty” and so technology is not all to blame, although Microsoft does note in its report that the top factors that impact our attention spans include our media consumption; social media usage; technology adoption rate; and multi-screen behaviour.

There is a point, researchers add, at which the human brain can be overloaded with input, or lacks the desire to process it all, and so the brain will stop taking it in.

When consumers are open to new input (and it is exploring the relationship between consumer attention spans and effective marketing techniques that is at the heart of this report’s intentions), ironically, the advice is still to use tried-and-true tactics:

Ironically, those kinds of techniques may lead right back to shorter attention spans, triggering as they do a greater need or desire for that next happy shared feeling.

You may just find a few such bits in the Microsoft report itself: the comprehensive document is assembled much like one of those cool info-graphics we see these days: full of short, sweet hits of information, none able – or necessarily designed – to hold your attention for long.

It is interesting to note how the research was conducted, with descriptions of the study participant’s brain activity being recorded and their behaviour being taped as they interacted with different media, performed different activities with different devices, in different environments. 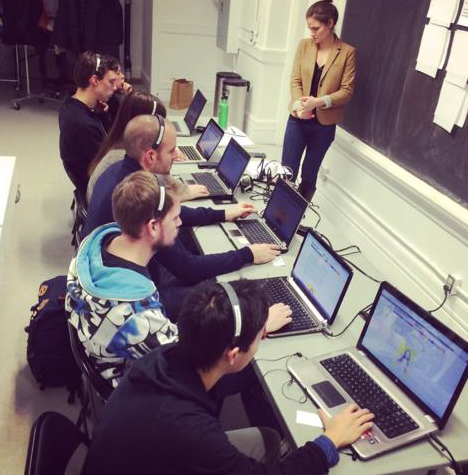 Study participant’s brain activity being recorded and their behaviour being taped as they interacted with different media, performed different activites with different devices, in different environments.

While the participants were displaying various spans of attention during the test phase, of course, one hopes the researchers themselves were always paying close attention.