New educational mobile apps, and inexpensive tablets on which to run the apps, are being delivered to kids in countries that do not provide access to more formal education.

The idea is to encourage interaction among students, support question and answer forums, and streamline a grading or evaluation process for students in the developing world.

The state of education opportunities and infrastructure in the developing world has been described as “shocking” in a recent report in The Economist, The Dollar a Day School, which cited the following statistics in painting its discomforting portrait:

“Half of South Asia and a third of those in Africa who complete four years of schooling cannot read properly. In India, 60 per cent of six to 14 year olds cannot read at the level of a child who has finished two years of schooling. In a survey of rural Indian schools, a quarter of teachers were absent. In Africa, the World Bank found teacher absenteeism rates of 15 to 25 per cent.”

To tackle the issue, partners on the new mobile app project include educators at Mitacs, a Canadian not-for-profit research and training organization, and engineers at DataWind, an Internet service and technology solutions provider founded in Montreal.

(The initiative is one of several to target education and access needs in poorer countries around the world, by the way: perhaps most well-known is the One Laptop per Child Initiative, but also the so-called ‘Zedu-pad’ program, active in disparate countries such as Afghanistan and Zambia, respectively.)

Both Mitacs and DataWind are providing funding and resources for this new educational mobile app development project, and under the terms of their agreement, DataWind will own the intellectual property rights associated with the app, which is expected to be ready for beta testing by June next year, with commercial deployment later in 2016.

DataWind has developed patented Web delivery techniques and technologies for low-bandwidth connectivity, as well as its low cost tablet computer, known as the Aakash. 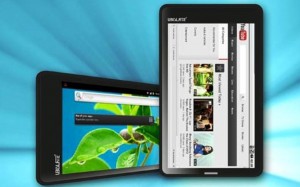 The Aakash is a low cost tablet developed to provide Internet access in developing countries.

Low cost as in like $30 or $40 dollars for a functioning, if not state of the art, mobile computing device (the company makes similarly low priced smartphones and netbooks, specifically designed for fast and low cost Internet access on mobile networks.)

The development team assembled through Mitacs will develop gamifying math operations to help kids acquire arithmetic skills. They’re planning to break down basic math operations into small steps, each of which can be performed with gestures or with textual input, and to have the app give feedback at each step to confirm the user’s actions or responses.

(Mitacs originally stood for Mathematics of Information Technology and Complex Systems; the acronym referred to the organization’s original role in bringing together math researchers with industry and professional opportunities. The group later became a national not for profit in 2011.)

The app will be actually developed in collaboration with several universities working under the LICEF Research Centre of Teluq University, led by principal investigator, Prof. Richard Hotte, and his co-researchers: Prof. Charles Gouin-Vallerand from the sciences and technology department at Teluq, Prof. Mickael Gardoni from the automated production engineering department at Ecole de technologie superieure, and Prof. Emmanuel Duplaa from the education department at the University of Ottawa — each working the four different fields of the technology. 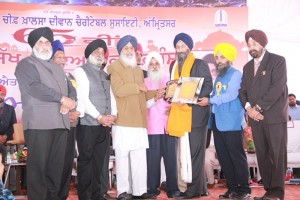 “Because of our low-cost Internet delivery technology, our new app has the potential to educate millions of children around the world and give them an opportunity for a better future,” said Raja Tuli, co-chairman and chief technology officer of DataWind, when announcing the program. “Given that our Internet-enabled devices deliver a broadband-like experience across virtually any existing wireless data network at very low prices, our tablets present the ideal platform to deliver a much needed educational tool to developing markets. We have always believed that our unique Internet delivery platform would be particularly useful in delivering education into emerging markets.”

Tech specs change over time, but the 7-inch Android-powered Aakash 2 tablet made by DataWind has 512 MB of RAM, a 1 GHz processor, 4 GB of flash memory, a multi-touch capacitative screen, front-facing camera, an internal microphone and speakers. The Aakash2 includes a USB hub, an adapter cable, a wall charger and a 12-month warranty.