Television coverage of live events like sports matches or music concerts is taking on a whole new look, thanks to the combined efforts of top Canadian technology companies and their international partners.

The idea is to immerse a viewer in the action, be it a football game, auto race or rock show, by delivering live 360° broadcasts to a home TV, while also delivering navigable video from different camera angles to a viewer’s VR headset, smartphone or tablet. 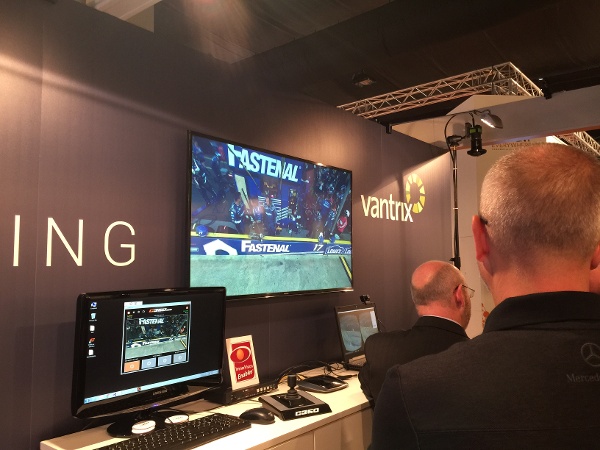 Demonstrations of the technology needed to capture and deliver the immersive video were conducted during a major TV industry trade show last month; Montreal-based Vantrix, which develops media optimization and delivery solutions for video and mobile service providers, and ImmerVision, which licences its super wide imaging technology to manufacturers, (ImmerVision is another Montreal -based company), worked the demo, along with broadcast camera maker C360.

Demonstrations showed live video from the C360 camera on TVs, tablets, and VR headsets. Pre-recorded sports clips from auto races, golf tournaments and collegiate athletics were cued up and ready for viewing. Viewers could pan, tilt, zoom and also ‘fly-into’ the video content using a touch screen interface or mouse scrolling on mobile and VR devices.

The solution lets producers – mostly broadcast TV companies – capture and stream live 360° videos without panning or stitching. Events covered with the technology can be broadcast in full HD, from multiple angles and views on a second screen across multiple platforms including: TVs, VR displays and mobile devices. 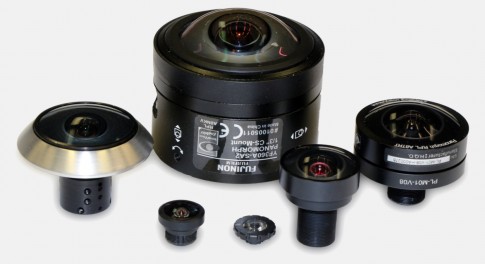 While multi-camera rigs can and have been used to create very similar immersive content, with this particular system, only one camera is required to capture a real-time live 360-degree experience, thanks to ImmerVision’s unique imaging processing algorithms.

The camera is normally placed in a central location, say in the pits alongside a top racetrack, and then broadcaster and user can then control the feed and experience. More cameras can be added if specific areas need to be covered, such as for a golf tournament and its multiple holes, or the goalmouth on a soccer pitch. ImmerVision’s lens is also 6K-capable. 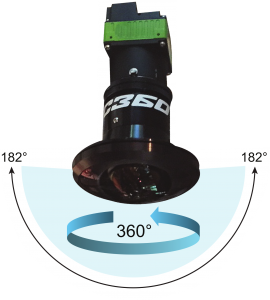 The C360 camera is used to deliver live video from major sporting events, among other applications.

Vantrix does a lot of the ‘heavy lifting’, as its technology takes the video signal from 360 cameras or other such sources and encodes it for live streaming and broadcasting to multiscreen devices, as well as for video storage using both private networks and public cloud infrastructures.

Vantrix and ImmerVision also target the growing video surveillance sector with their products, and while immersive navigable video can be very useful in monitoring and securing physical locations, the resultant video is just not as compelling to me as that from, say, an ALCS Game Six baseball game (no, I just can’t let it go!!) or even a pro golf playoff.