Panasonic, a tech company well-known for its consumer electronics and home entertainment products, is helping power those gadgets and the homes themselves, through a series of unique solar panel and power projects in Canada.

In fact, the company has received a prestigious award from the Canadian solar industry for its work in advancing the solar sector here over the last year. 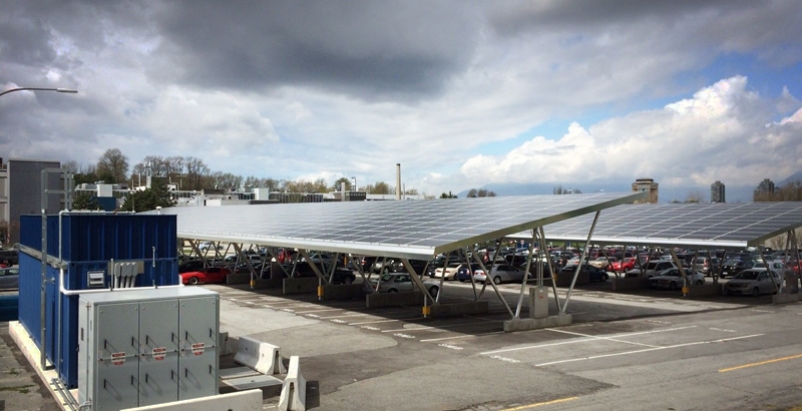 In recent single home residential and large scale institutional green tech projects that integrate solar panels, energy storage systems, and rechargeable batteries into systems that power themselves and their surroundings, Panasonic solar solutions can also churn out enough juice to allow users to sell extra electricity back to the grid.

In a pilot project set up in Oshawa, ON, for example, Panasonic partnered with system providers and regional officials for the installation of solar panels, power inversion systems, and energy storage batteries in about 30 homes.

Project administrators describe how homeowners would be able to store, sell or use the electricity generated by the Panasonic solar panel system and stored in batteries with almost 10-kilowatt hour capacities (an average family of four in Ontario uses 800-kilowatt hours per month, so how long the 10 kWh system lasts depends on how the electricity is used, they noted). If a family uses full power in the home, it may be just a few hours, but simply lighting the home and using a furnace to warm it could mean power lasts a day or more.

In a much larger project, Panasonic Eco Solutions participated in a Smart Microgrid Program at the British Columbia Institute of Technology (BCIT). 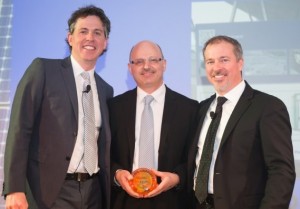 On that campus, and over top of its parking lot, an integrated system with more than 250 kW of solar PV modules for renewable energy generation, a 500 kW hr lithium-ion battery for energy storage and additional efficient energy management components that can ‘learn’ when to buy, sell or store energy using intelligent algorithms and IT communication protocols.

Calling it “a game-changing system” when accepting the Canadian Solar Industries Association (CanSIA) Energy Award for the Burnaby, BC project, Walter Buzzelli, Managing Director at Panasonic Eco Solutions Canada, said the award recognizes the fact that Panasonic was able to demonstrate its energy management technology can meet customers needs in an emerging market segment.

(The development, manufacture, and sales of eco-solutions and solar photovoltaic systems were up slightly as a business operation for Panasonic, as reported in its consolidated fiscal 2015 reports, but that’s still a relatively small percentage of its 7.7 billion yen ­ or some $85 billion CDN ­ annual sales.)

There, the system is powered by 10 kWh Panasonic lithium-ion batteries, connected to solar PV panels that in an installation, the panel-generated electricity can work in synergy with the battery via a hybrid AC/DC inverter to provide energy management, storage, security, and operational benefits.

A monitoring system and remote control device to help homeowners monitor their electricity usage patterns and set times for charge/discharge. The battery storage system can be programmed as a backup source of electricity during grid outages.

“Combining solar PV panels with the battery storage system gives homeowners the freedom to generate clean energy and manage their own consumption, such as when and how they obtain electricity and whether it is from the grid, battery, or solar panels,” Buzzelli said. 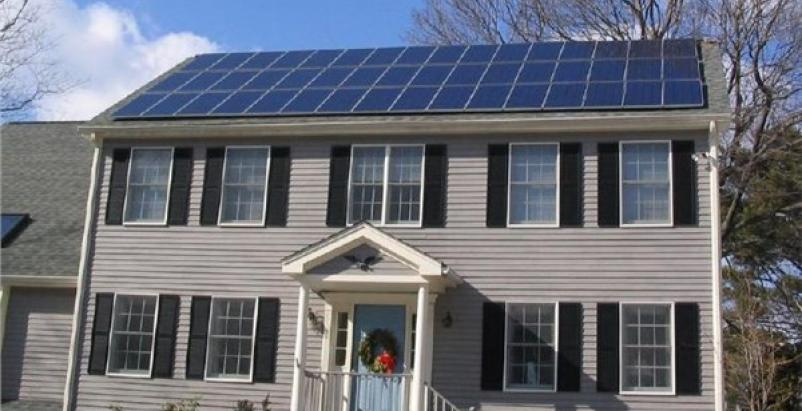 Similar to the way uninterruptable power supplies work, the battery storage system monitors the grid and senses when there is an outage. If a power loss is detected, the system automatically switches to back-up mode to provide electricity to the home.

Likewise, homeowners in the Royalpark Homes Simcoe Shores community in Barrie, ON have a choice when they turn on the lights: whether the power them with electricity from traditional channels or from their home’s own solar grid.

It too includes a monitoring system and remote control device for monitoring electricity usage patterns, setting times for charge/discharge of the battery, and using less energy from the grid during peak demand times. The battery storage system can be programmed to provide electricity during grid outages, said Buzzelli, creating “a source of stand-by electricity” if not actual revenue.

Various governments, including Ontario as far back as 2009, have put in place so-called FIT, or Feed-In Tariff, programs as part of their renewable energy strategies, in which homeowners are paid a guaranteed price for the electricity they themselves generate and feed back to the public grid.

Among the partners on these projects, Tabuchi Electric is working with Panasonic to offer an intelligent battery system, comprised of a state-of-the-art hybrid solar inverter & lithium-ion battery unit, and Canadian solar PV panel integrators and installers such as Paid4Power. 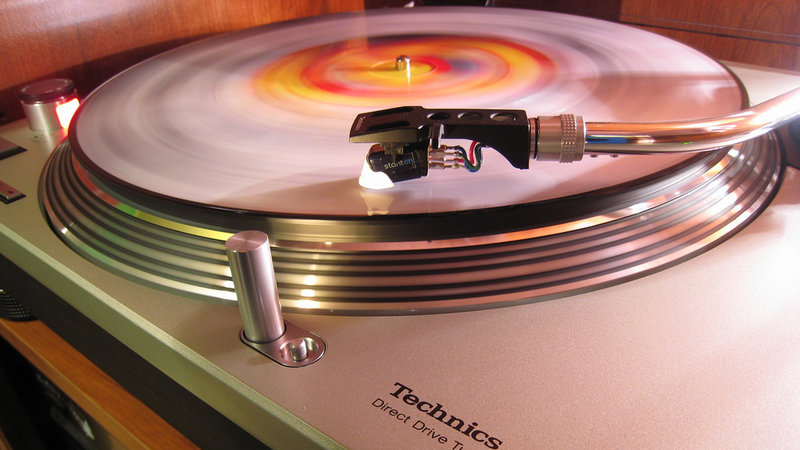 Panasonic’s line of Technics stereo systems and record turntables is being reintroduced.

Panasonic is helping drive the adoption and installation of solar panels and energy-efficient storage batteries in homes in and around Ontario, which is great, but it is also still spinning disks, and perhaps better than ever – a fact which has a lot of people thrilled, as well. Some 50 years after its introduction, the company line of Technics stereo systems and record turntables is being reintroduced!

You could thank the tens of thousands of folks who signed an online petition seeking the reintroduction of the classic Technics SL-1200 turntable, which has been (pardon the pun) out of circulation for years now, after almost forty years as the DJ turntable of choice!

Or take a spin for Michiko Ogawa, the former Technics engineer, celebrated jazz pianist, and leader of the Panasonic project to revive the famous name. The company formally announced the relaunch and reinvention of the Technics turntable series, much to the delight of analog audio fans and waxed music enthusiasts, with new features that reflect those found in its legendary predecessors.

So, if you have made it this far, and your head is not spinning, well, we can fix that with a treat for LP fans: on Thursday evening, November 12, at the main reference library in Toronto, there’s a celebration of vinyl – and turntables – with Canadian hip hop producer DJ Agile among the speakers.

Be there, or, ummm, be square!