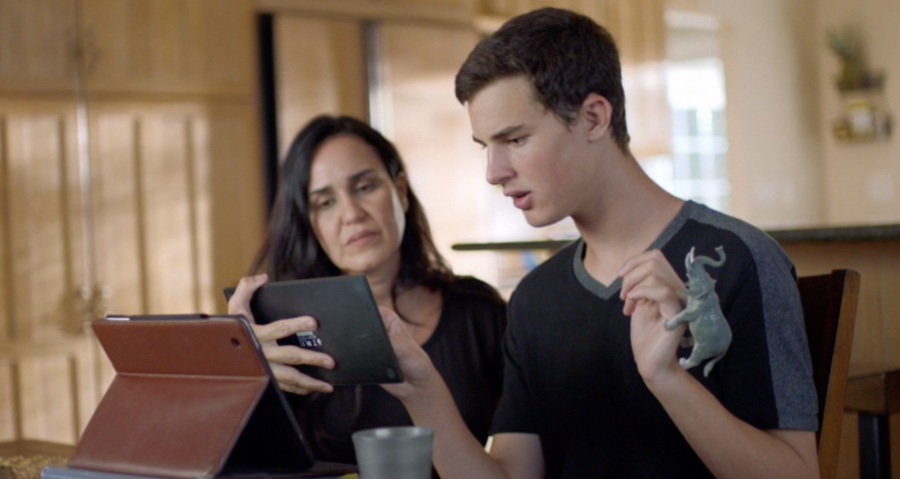 April 2 was World Autism Awareness Day and all of  April is Autism Acceptance Month. There are various assistive technologies that have come into focus in improving the lives of people living with autism.

Apple recently showed how its products as well as apps made by developers allowed an Autistic  young man named Dillan to ‘have a voice’ using an app and an iPad to communicate with those around him. In his case, technology was more than a tool, it became a transformative technology that made it possible for an individual to interact with the world and people around him like never before.

Samsung Canada, who recently partnered with Autism Speaks Canada continues to shed light on the positive impact technology can have on children and families living with autism.

Part of the next phase of the innovative ‘Look at Me Project’, this year’s campaign features the story of Niam Jain, a 13 year-old Canadian artist living with Autism, and how technology is helping Niam connect with the world.

“Inspired by the successful launch of the Look at Me application and the many stories of families living with autism, Samsung  launched the #WhoEyeAm project,” said Mark Childs, Chief Marketing Officer, Samsung Canada. “Alongside Autism Speaks Canada, we look forward to partnering with children like Niam and his family to encourage Canadians to learn more about how technology can help children living with autism connect with the world and share their #WhoEyeAm stories.”

“We are thrilled that The Look at Me Project is expanding in size and scope so that more individuals and organizations can benefit from access to technology.  Since our partnership with Samsung began, the goal has been to make an impact on the autism community by providing access to tools.  I look forward to amplifying our impact,” said Jill Farber, Executive Director, Autism Speaks Canada. 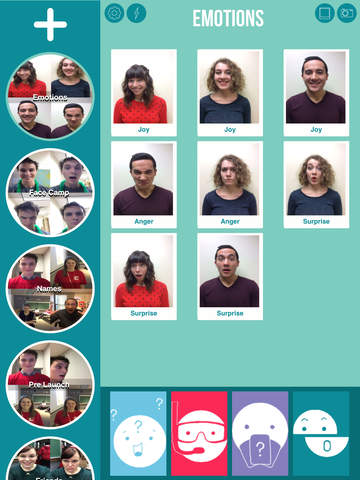 Let’s Face It! Scrapbook, is another example of a great idea made possible by apps and mobile devices. It was developed by University of Victoria professor Jim Tanaka along with UVic students to help kids with autism recognize faces and better understand expressions.

The work that went into Let’s Face It! Scrapbook actually started years before. ” We were developing the app even before the iPad came out. The initial app was a program that ran on a desktop and had already been in development for five years. when the iPad came out, we switched over for the iPad,” says University of Victoria professor Jim Tanaka who is also a Cognitive Psychologist, studying face recognition.

Let’s Face It! Scrapbook uses the iPad’s cameras to take pictures and videos which can be organized into games and labeled. It helps intended users to learn faces and organize expressions for use in  school, home and family. Create the album.  Not only photos 2 second videos.

The app has transcended its intended purpose. Dr. Tanaka says that even teachers are using it as an aide to remember their students, it is a visual tool to put names to faces, something everyone who needs to address a large audience on a daily basis needs. Dr. Tanaka says that the app’s genesis started out as a solution for patients of Alzheimer’s to help them remember the people around them.

Let’s Face It! Scrapbook is remarkable because it is developed by students  in their spare time and they don’t receive any money from their work on it. It is truly a labour of love. “It is a nice piece of software and we want to make it available to anyone who works with elderly folks, brain damage, teachers can use it to learn,” Dr. Tanaka explains. 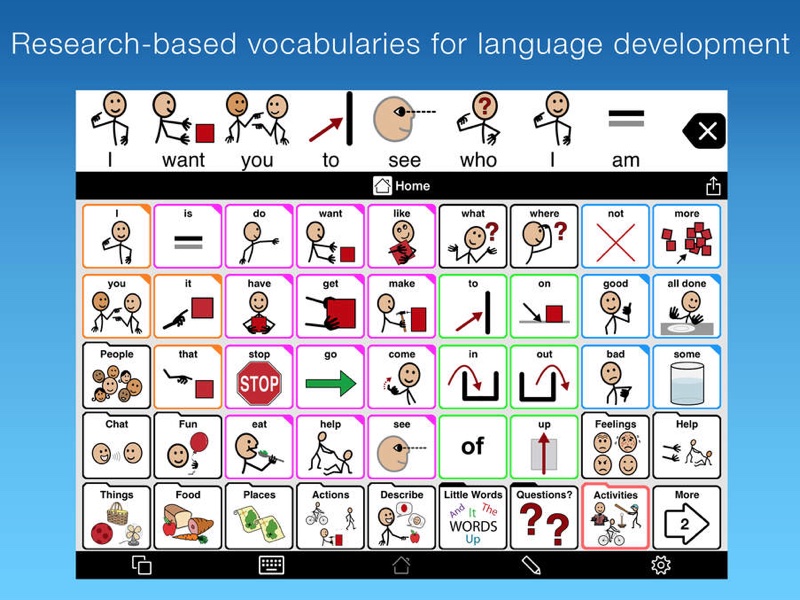 Proloquo2Go is an award-winning symbol-supported communication app providing a voice to over 150,000 individuals who cannot speak. It is designed to promote growth of communication skills and foster language development through research-based vocabularies. Its innovative features provide support for parents, teachers and therapists to implement AAC best practices.

“Users can open Proloquo2Go and begin to use it for effective communication immediately.” – Susan Berkowitz, MS-SLP, AAC Consultant.

Proloquo2Go is one of the few AAC apps that covers all users, from beginning to advanced communicators, while catering for a wide range of fine-motor, visual and cognitive skills. While not free, (Proloquo2Go costs $249.99), the app serves to give a voice to people living with autism who were previously unable to express themselves through speech, which is priceless.

The challenge in developing these assistive technology solutions is balancing the needs of a range of users without alienating others. Doctors, researchers, designers and programmers have to aim for universal usability and highly intuitive interfaces that can gel with today’s tablets and computers.

The above applications are great examples of how popular consumer technology can be used as affordable and effective tools to help autistic individuals and the people in their lives communicate on a variety of levels.