Based in Calgary, with operations and customers worldwide, Userful Corporation began by developing virtualization software and cloud solutions that have, for example, helped turn Brazil’s education infrastructure into one of the world’s largest deployments, said to reach 356,800 virtual desktops in schools across the country.

The company’s software turns one computer into 20, yet every user has his or her own monitor, keyboard and mouse, along with access to needed software and education apps. 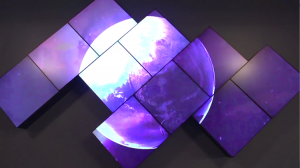 Userful has pushed its multi-seat computing technology since product launch in 2002, and it has worked with schools, libraries, government and private sectors organizations, large and small, on such deployments.

More recently, the company has extended its networking capabilities into the digital signage arena, and it has formed some powerful partnerships with major display and signage firms like ViewSonic, WG Electronics and Rise Vision to deliver top quality imagery on high resolution video wall systems for leading retail, tourism and sports facility operators.

Much the way a virtual desktop environment leverages computing horsepower of the whole to enhance the capabilities of the single client computer; Userful uses additional computing power of add-on GPUs to power up those high-end video walls.

And high-end is the operable word – as impressive as some large scale video walls already are, Userful has pushed the boundaries to include ultra high-definition 4K video, and it was one of the first to be able to deliver the high quality video in real-time over a display network, driven by a single Core i7 PC.

Now, in its latest software release, V 8.5, the company is able to deliver video walls of up to 60 displays and up to 6K source content, again in real time and with a single PC or server running its software over a standard Ethernet connection. 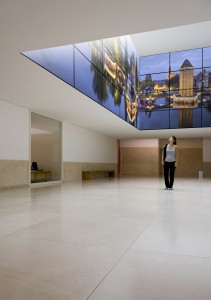 Installations can cover much larger areas than most video walls with display solutions from Userful and its partners –even an entire storefront.

“Just over a year ago Userful was the first to deliver 4K content,” Dan Griffin, company vice-president described. “But our solution just got a whole lot more exciting with this new release.”

The company touts the features in its new release by describing a mirroring feature that keeps all the content displayed on all those screens in sync, and an automated fail-over tool that only needs a second PC to automatically take over driving the entire video wall display for mission critical environments.

And while 4K cameras and acquisition gear make their way into the mainstream marketplace, Userful is able to upscale existing content to 4K for a large number of screens (more than four 1080p screens).

As Griffin added, the company does its image enhancement and up scaling with Lanczos resampling and filtering applications (which actually raise the sampling rate on a digital signal) and Cubic algorithms (think about writing a mathematic solution for solving the Rubik’s Cube) on the video wall server.

“So for example, if the source content is 4K and the video wall is eight displays, you need twice the number of pixels, so our solution uses algorithms to add in those pixels and can leverage the additional upscaling inside the displays.”

Userful is able to upscale existing content to 4K for a large number of screens (more than four 1080p screens).