Some ten million dollars will help fuel the party when Canadians celebrate the 150th anniversary of Confederation.

The government has pledged significant funding for the festivities, including a series of cross-country activities taking place inside a high-tech, 360-degree video dome. The Web, virtual reality, social media and telepresence platforms will all play a part on the road trip. 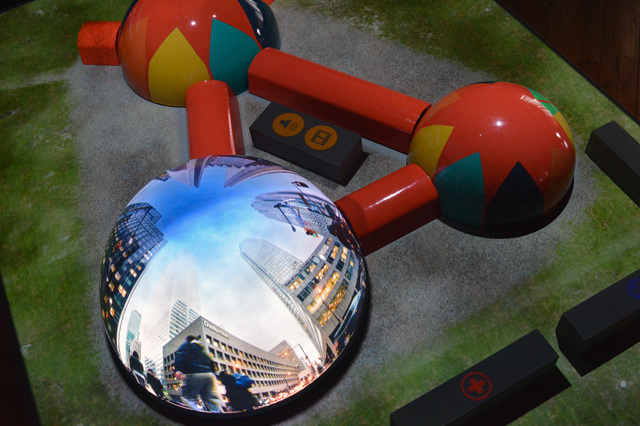 A virtual mock-up of the immersive
media dome experience being designed for Canada’s 150 anniversary celebrations.

Sesqui, short for “sesquicentennial”, is the tag given to the interactive festival that will travel across Canada in 2017. The festival will be housed in a portable village of dome structures, including a large immersive digital space that will host live events, interactive programs and a cutting edge 360-degree documentary that’s now in production in various Canadian locations.

Award-winning Canadian film director, graphics animator and technology enthusiast Drew Lightfoot is directing the documentary, called Horizon, and he’s been shooting in Ontario and a few much colder places already.

In addition to the 360-degree video, interactive programming and live events, Sesqui will have an online hub with extra digital content that will act as an information and education resource. 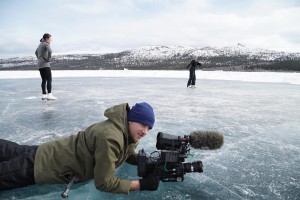 No celebration of Canada would be complete without snow and ice, even in April!. Shooting for the Sesqui 150th anniversary video was underway in earlier this month in the Yukon.

A key partner in developing the interactive technology and immersive content experiences for Sesqui is Réalisations Inc., a Montréal based digital content company that integrates live storytelling, immersive content and multi-platform metadata analysis into its creative projects.

“If there’s no audience, there just ain’t no show…” sang Canadian rockers Chilliwack many years ago, and Réalisations echoes the sentiment: it uses what’s called Ambient Intelligence to create physical and electronic environments which can respond to people, their movements and reactions, in order to trigger content events.

Ambient intelligence (the abbreviation is AmI, to differentiate it from AI, or artificial intelligence) uses a range of technologies to sense the presence of a human being in a given space. Visible spectrum cameras, infrared sensors, motion detectors and other electronic and telecommunications equipment can be used to assess physical, biometric and even emotional states and incorporate the readings into media presentations and event sequences.

Canadians’ active participation in the party is eagerly anticipated, even necessary to its overall success, according to Executive Producer Heather Sinclair. “For the 150th anniversary of Confederation in Canada, people are very excited to have the mobile dome experience come to their community. We believe it is essential that the public actively participates in the way that best suits them, whether through words, picture, drawings, photos or videos, and shares.”

Réalisations is also developing all of the Sesqui project’s multimedia systems, including a spherical multi-camera system design, the software for the 360° video projection inside of the domes, the interactive technology and the video projection used in demanding touring conditions. 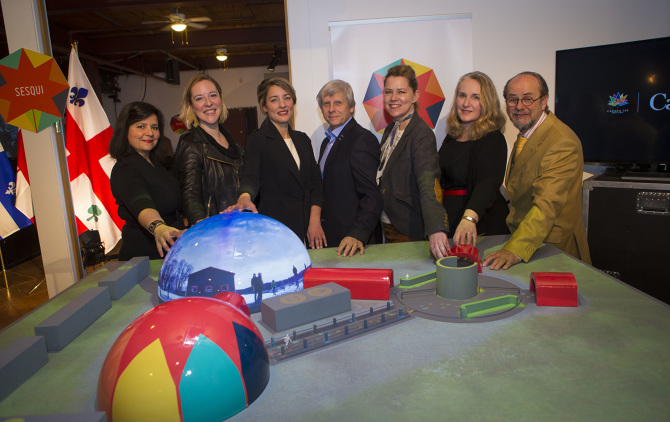 Founded in 2000 by Roger Parent, Réalisations has worked on many unique live performance and interactive experience projects for clients such as New York City’s Metropolitan Opera, the One World Trade Center Observatory, Doha’s International Airport and the Plano, Texas Nature Interpretation Center.

The company has developed its own software platform for controlling immersive video, audio and other theatrical and industrial technologies, called Sens.ei.

“The 150th anniversary of Confederation gives us a unique chance to get involved in our communities and celebrate our shared values, our achievements, our environment’s majestic character and our place in the world,” said Mélanie Joly, Minister of Canadian Heritage. “The year 2017 promises to be an extraordinary one, full of opportunities to celebrate and create lasting legacies for future generations. I invite all Canadians to take part in the Sesqui experience that will be travelling across the country.”