An inquiry into the use of so-called mobile phone sniffers by police services in Canada has been “scuttled’ before a full resolution of the issues it was put in place to investigate.

Although the B.C. Office of the Information and Privacy Commissioner was happy to see an inquiry into the Vancouver Police Department’s refusal to disclose certain documents relating to possible possession or use of the surveillance technology begin, it is now bemoaning the end of the inquiry and a “huge accountability deficit” it sees in how public service organizations describe their application of new technologies in policing activities.

There are several such products on the market, such as those commercially called Kingfish or StingRay. 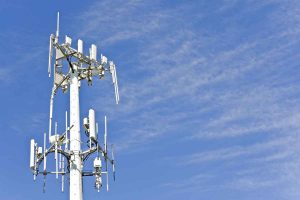 The devices can act just like a cell phone tower and they can collect information about cell phone usage in a given area, including geo-location, content and mobile subscriber identification data.

The devices can act just like a cell phone tower and they can collect information about cell phone usage in a given area, including geo-location, content and mobile subscriber identification data.

One problem with their application is that the devices do not discriminate: they collect data from all devices in a given geographical range, not only those who may be targets of legitimate authorized surveillance. Some devices can sniff out 60,000 communications per hour. Recent revelations seem to confirm that the devices can also record phone numbers and intercept voice and text communications.

(The privacy, security and safety of individuals may well be at stake as a result of the use of StingRays, and not only because of unwanted or unwarranted surveillance.

A new security industry report says hackers could seize control of key parts of the world’s telecommunications infrastructure and make it possible to eavesdrop or disrupt entire networks.

So requests by the Pivot Legal Society under B.C.’s Freedom of Information and Protection of Privacy Act that triggered in inquiry were made to find out about the use of such devices, and to try and determine why the Vancouver Police Department has withheld records possibly relating to such use and why it refused to confirm or deny the existence of such records. 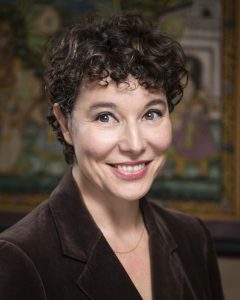 “Law enforcement’s refusal to confirm or deny that they even have information about ‘Stingrays’ is preventing us from having meaningful legal and policy engagement about an issue that involves the constitutional rights of vast numbers of people,” said Micheal Vonn, Policy Director of the B.C. Civil Liberties Association. “Calls for accountability on the use of these devices have met an official response that so far looks an awful lot like sticking their fingers in their ears and yelling ‘La, la, la we can’t hear you.’”

More recently, the VPD “volunteered” the information, the Association reports, essentially undercutting the Inquiry. But Vonn says that has only served to avoid the real issues of accountability and transparency while obscuring the truth about ownership, use or access to surveillance devices by provincial and national police forces.

On Monday, July 25, 2016 BCCLA Policy Director Micheal Vonn will be speaking at the International Society for the Reform of Criminal Law conference in Halifax, N.S. Her talk “Neither Confirm Nor Deny: British Columbia Grapples with Whether Police Need to Come Clean on the use of IMSI Catchers/Stingrays”, delves into B.C.’s experience trying to get to the truth about the use of these controversial surveillance devices.

Pivot Legal Society, as a party, and the BC Civil Liberties Association, BC Freedom of Information and Privacy Association and OpenMedia, as intervenors, filed submissions in the Inquiry arguing that records sought must be disclosed under the access to information laws. A Joint Intervention from the B.C. Civil Liberties Association and the Canada Research Chair of Ethics, Law and Technology, University of Ottawa, was filed with the Office of the B.C. Information and Privacy Commissioner.

“To date, police stonewalling has made it impossible to hold an informed debate on the use of these powerful surveillance tools,” Laura Tribe, digital rights specialist for OpenMedia, said when the Inquiry was called. “We need this critical information to protect our privacy and ensure police are held accountable for their potential use of such invasive devices.”

(Laura Tribe has now been named as the new Executive Director at OpenMedia.)

Are Mobile Phone Sniffers in Use by Police Forces?