WE Cities is the only global gender-specific index that looks at a city’s ability to attract and foster growth in firms founded by women entrepreneurs. Cities, instead of countries, were identified in order to show the impact of local policies and programs in addition to national laws and customs.

“Innovation and job creation by women entrepreneurs is critical for a thriving global economy, yet our research shows some cities and countries are doing far more than others to encourage and support this important subset of the startup community,” said Karen Quintos, senior vice president and chief marketing officer at Dell. “Our index provides insights to move the conversation with policymakers and city leaders from awareness to action and, in turn, to empower women entrepreneurs to have the greatest economic impact on the world. 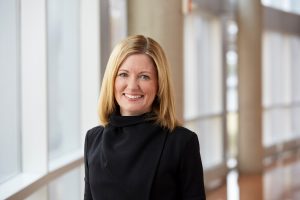 Building on the past four years of Dell’s research on HPWE, five important categories of city characteristics were identified: capital, technology, talent, culture and markets.  These pillars were organized into two groups – operating environment and enabling environment. The overall rating has 70 indicators, and, of these, 44 have a gender-based component. Individual indicators were weighted based on four criteria: relevance, quality of underlying data, uniqueness in the index and gender component.

The City of Toronto ranked #1 in Culture, #7 in Market and #10 in Talent, achieving an overall position of #6.

Research for WE Cities began during the 2016 DWEN Future Ready Research Symposium chaired by Dr. David Ricketts from the Technology and Entrepreneurship Center at Harvard. The research symposium brought together 40 global thought leaders, women entrepreneurs, academics and media to develop insights for the model. Key takeaways from the conversations at the Symposium included:

The 25 cities in the ranking were chosen from the list of 50 global cities in the Dell Future-Ready Economies (FRE) Model in order to make comparisons between the two indices, with geographic diversity utilized as key criteria in city selection.

Dell partnered with IHS to launch this first-of-its-kind, global research that will measure a city’s ability to attract and support high-potential women entrepreneurs.

To help entrepreneurs in cities and economies that may not provide adequate resources for scaling businesses, Dell has also partnered with 1776 to launch an international startup platform, Union, aimed at enabling the next billion entrepreneurs by supporting, connecting and removing barriers for entrepreneurs regardless of their location.

Accessible through the Startup Federation—a worldwide network of startup campuses and mega-hubs—or virtually for entrepreneurs in remote areas, Union will provide entrepreneurs anywhere in the world the ability to reach the people, resources and education they need to take their ideas from seed to scale

Through the Dell Women’s Entrepreneur Network, Dell supports and nurtures a community of female entrepreneurs by providing access to technology, networks and capital. Learn more here.

Inquiry into Mobile Phone Sniffers Snuffed Out; Legal Battle over StingRay Use