Apple, and to a lesser extent, Lenovo, have deleted the headphone jack from their latest flagship smartphones in the hope that they could push the industry forward towards a wireless future, but is the world ready for such a drastic and massive change?

The headphone jack, A.K.A. the phone connector, the audio jack, the aux port or 3.5mm jack, has been with us for a very long time and is likely on every personal computing device your have in order to connect various types of earphones.

Just in my room right now, within a four metre proximity, I have a MacBook Pro, an iPad, a pico projector, an iPhone, an HTC 10 Android phone, an OpenSUSE linux notebook, a PlayStation Portable and various music players that require a headphone jack in order for me to get stereo sound and even microphone input. 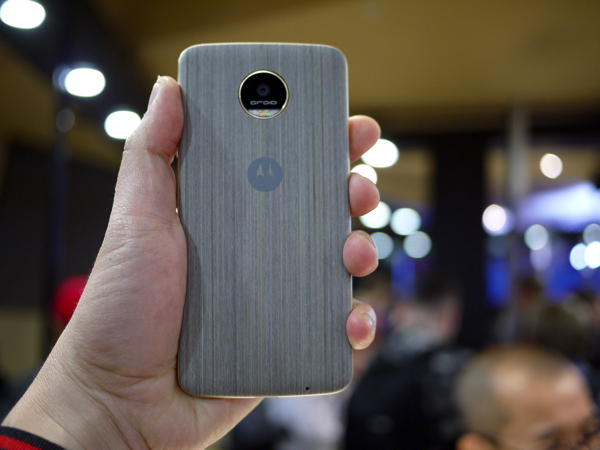 Lenovo’s Moto Z, the thinnest smartphone in the market right now, omitted the headphone jack in favour of a USB Type-C dongle which connects to existing headphone jacks but they really want users to consider wireless Bluetooth headphones.

Apple’s recently revealed iPhone 7 is no thinner than the iPhone 6S (or the iPhone 6 for that matter), so thinness isn’t the driving force for their deletion of the headphone jack.

What then has convinced the maker of the world’s most popular and successful smartphone to remove a feature that a majority of its users have grown accustomed to and rely on every day?

Apple’s reasons, or excuses for removing the headphone jack, are that the Lightning port, which charges the iPhone and connects it to Macs and PCs, is perfectly capable of being used for music playback. The company is including free Lightning EarPods in each iPhone 7 box for this reason plus they’re including a Lightning to headphone connector for users who prefer their existing in-ear or over-hear headphones. Motorola is doing a similar thing by including a USB Type-C adaptor to headphone jack for the Moto Z.

“We’re doing this because of courage,” Apple’s SVP of Marketing Phil Schiller noted during his demo last week. “The courage to move on, do something new that betters all of us and our team has tremendous courage.”

Schiller went on to say that the second reason for removing the headphone jack is space, that a lot of components in the tight smartphone enclosure are fighting for space and maintaining, “an ancient, single purpose analog technology,” didn’t make sense because space was at a premium.

The third and biggest reason for the move, according to Schiller, is that nobody has been able to take the challenge of moving the music playback wirelessly and that this really is the future.  For this purpose, Apple also created what they called AirPods, which are Bluetooth equivalents of the company’s EarPods but which will be sold separately later this year. 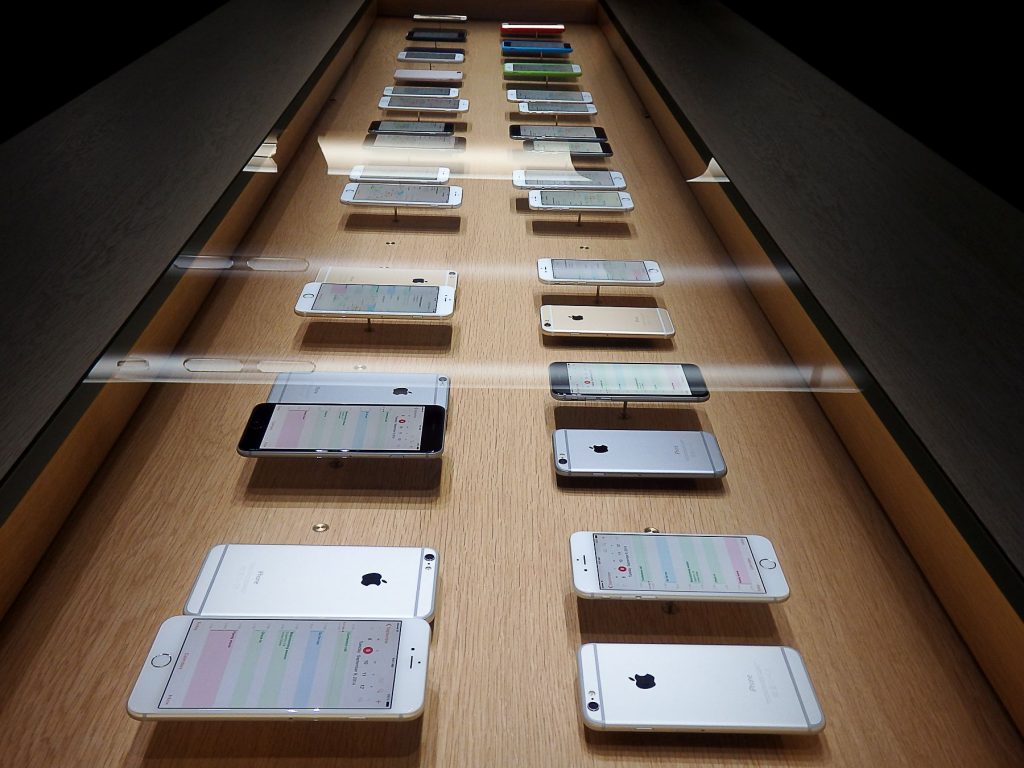 As someone who constantly listens to streaming music services, NPR and CBC audio shows and various podcasts while in the gym, when running errands around town or commuting, I hate how wired headphones keep getting tangled all the time.  I usually us Bluetooth headphones while in the gym and while the audio quality isn’t as good as some wired sets, the ability to connect wirelessly and have my device parked away while I am exercising is worth it.

Wireless headphones can be great for almost any situation except in conditions when you need the best sound (i.e. DJs, sound recording, podcasting, watching a movie or playing a video game) and being able to take or make calls on these Bluetooth headphones seems like an improvement over what we have today, provided the sound is as loud or as clear as we need them to be. 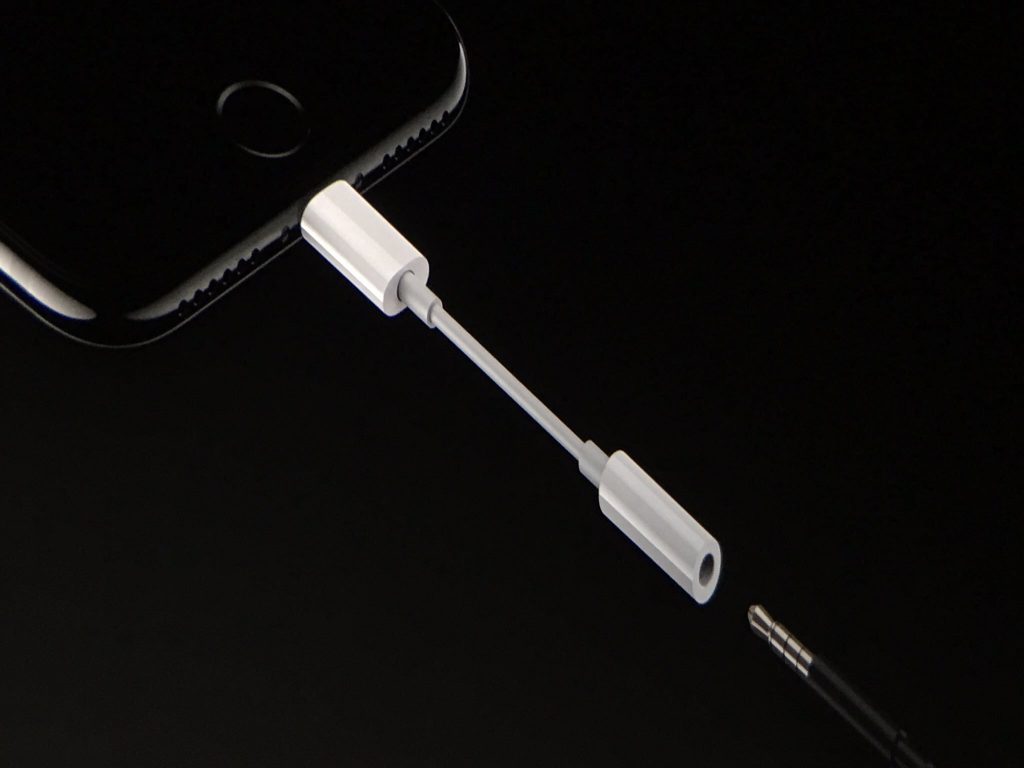 In the case of the iPhone 7 and Moto Z, you can’t use the wired headphone feature if the device is plugged in and charging. Sure, you may be able to use a splitter or dongle as well as consider wireless bluetooth solutions but for the most part if you are charging your phone, it’s a no-go.

Aside from headphones, there are other components that connect to the phone’s headphone jack and now they will be shut out unless you use the dongle. This includes any AUX input jack in your car stereo or home entertainment systems, any external speakers as well as other analog devices.

Bluetooth headphones are well and good but their battery life isn’t great (5 hours for the AirPods) and if you happen to be on an airplane, which sometimes don’t allow Bluetooth devices, this can be quite limiting. There’s also a bit of a limitation when you want to charge your phone in-flight and listen to music stored on your device. You can do it now with most smartphones but once the headphone jack is removed, it won’t be possible. If Apple really wanted to push us towards a ‘wireless future,’ it would have been nice if they made the iPhone 7 capable of charging wirelessly but maybe that’s something they’re saving for next year’s model.

There’s no doubt that the future of audio is indeed wireless, but there are a number of things that need to improve significantly before it is anywhere as good as what wired analog headphones have to offer today. There’s the issue of battery life, limited range, interference and sound quality plus the reality that wireless Bluetooth headphones can cost up to three to five times more than their wired counterparts.

Apple makes mass market devices that are sold and enjoyed on a global scale, the iPhone 7 may be the true test of whether the company is big enough to change the world to the extent that it moves away from a beloved, familiar, and available standard into something that feels like a compromise in the name of innovation, at least for now.

Other smartphone makers now have to figure out whether to jump on the innovation bandwagon and remove the smartphone jack from their devices as well or choose the opposing, apparently more popular and practical at the expense of looking boring or staid.

WhatsYourTech? Is the removal of the age old headphone jack a deal breaker for you when choosing your next smartphone or do you welcome the wireless future that companies like Apple and Lenovo are saying is right around the corner, for a price.