Out of sight, out of mind.

That’s why the ocean, and not outer space, is often called our final frontier.

More people have been to the moon than our own planet’s deepest parts. The place no one has gone before is right here! 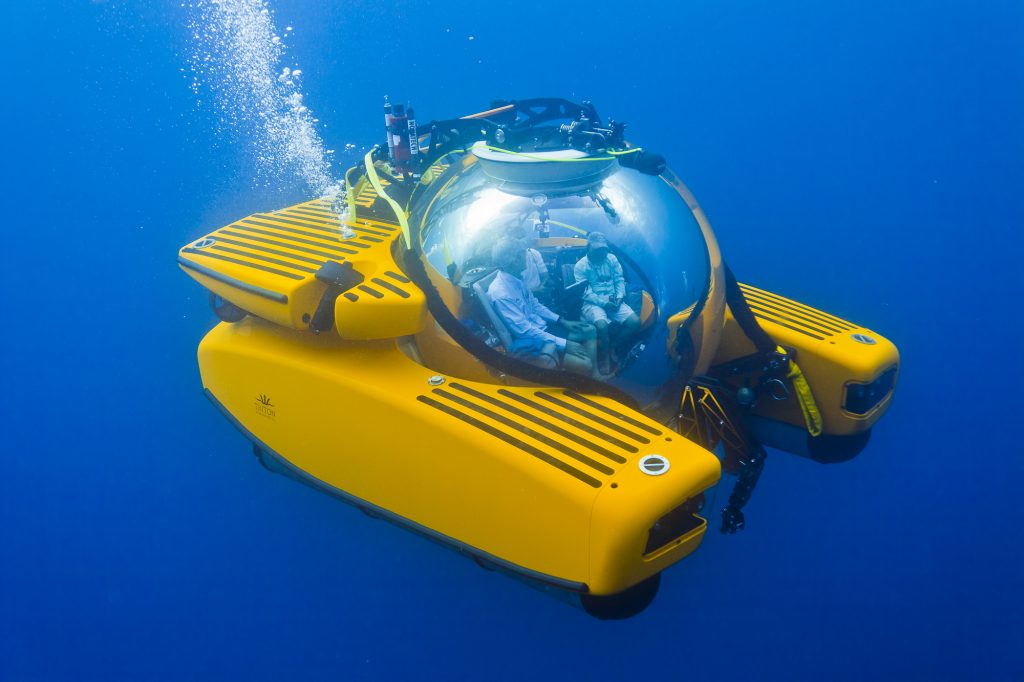 So some fantastic new deep ocean virtual reality video sequences created by a team of scientists, researchers, technologists and documentary-makers are an informative and immersive invitation to places not at all well-known, or ever seen like this!

Exploring the ocean is exciting and engaging enough, but the Nekton researchers were also exploring how human activities have impacted the ocean, a critically important ecosystem for all of us.

The video team in particular used sophisticated VR rigs on which to mount their video cameras; the big rigs supported an array of six GoPro units. Different rigs had dedicated set-ups for open air, shallow water and deep ocean videography.

Video could be captured from within the domed sub, and from cameras mounted on the submersible’s exterior surfaces and extendable robo-arms.

Both internal and external recording media (32 GB micro SD cards) were used extensively to capture all the video. The big rig cameras shot video at 2.7 K resolution, with a wide field of view, so there was lots to store. The VR cameras exposure compensation circuitry was turned off and ISO sensitivity ratings limited so the cameras would not try and auto-compensate for challenging deep ocean shooting conditions like low light levels and unusual colour temperatures. 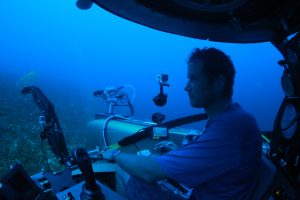 (To learn about some available 360 VR video cameras, see the Shooting Gallery article by Ted Kritsonis here at whatsyourtech.ca.)

Captured video from the six-camera systems is then ‘stitched’ together using special video software to make a functioning 360 video (often, smaller set-ups deliver what’s really a 270 degree viewing space)  that can be uploaded to YouTube or Facebook.

He and the Nekton team have gone to the deepest (known) part of the ocean, Challenger Deep in the Marianas Trench (some 10,995 metres or 35,070 feet below the Pacific’s surface; Everest is about 8,850 m or 29,030 ft high), as well as deep ocean sites near Bermuda and off the coast of Nova Scotia. One of the mission’s scientific vessels, the Canadian Coast Guard Ship Hudson, departed from Halifax and anchored off Bermuda during the expedition. CCGS Hudson is Canada’s oldest operational ocean research vessel.

The video obtained on such trips is gorgeous, but the deeper story is, well, pretty ugly: climate change, over-fishing, pollution and acidification have pushed our oceans into a state of extreme disruption. 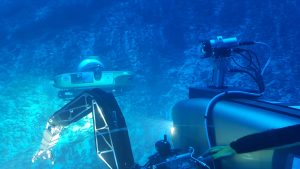 Scientists note that ocean acidity has increased by about 30 per cent since the beginning of the industrial revolution, doubling the number of so-called “dead zones” every 10 years! More than one quarter of global fish stocks are unsustainably fished, shoving many of the world’s marine species to the brink of extinction.

That’s what made the Nekton expedition as exciting for the filmmakers and documentarians on the voyage as for the researchers and scientists – there’s a very important story that needs to be told, Nekton’s Head of Content Will West described for whatsyourtech.ca in a series of e-mail exchanges (darn, we weren’t on the trip itself!)

“We are not just trying to go deeper than anyone else, or find elusive species – both of which are over and done once achieved. This story is much broader and more significant than that.”

The real story, he pointed out, is about the stewardship of humanity’s most precious resource. It relates facts about the world’s least known frontier, and seeks to build the knowledge and the impetus to protect the entire planet.

It’s a big goal, and so it must be a collaborative process, West described, one that needs the best science teams working across disciplines around the world. They must collect and analyze masses of very valuable data, and they must put in place a process whereby a detailed diagnosis of the health of the deep ocean can be made, and remedies can be applied. 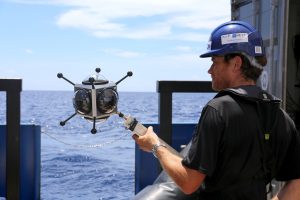 Will ‘Wild West’ West readies a multi-camera VR rig for underwater shooting in this shared photo.

Somewhat ironically, West admits he was not a diver before the mission, and he has not learned to dive while on it: “[T]oo busy; I was happy to watch them go down from a safe distance. The technical teams were really pushing the envelope in terms of distance and depth and hours in the water. Very serious and dangerous work.”

And very valuable: the content team wants to let people know about the expedition, of course, while also raising knowledge about the deep ocean, its value to us and the threats it faces, West continued. “What we are doing (to the ocean) is massively overlooked, so we want to engage and inspire the young generation to keep the ocean central in their thoughts.”

Policy-makers and opinion-leaders need to be on-board, too, and West added that he’s been gathering material for a larger and more ambitious (if such a thing is possible after his deep ocean voyages) story.

“Watch this space” he says, as if that hasn’t been the case with the Nekton expedition already!

The videos can be viewed online at the Nekton Mission YouTube Channel and Facebook page via a smartphone and virtual reality headset or via tablet and computer using keystrokes to move through a 360 degree line of sight.

Review: Kobo Aura One goes easier on the eyes