Smartphones, mobile apps, and other tech solutions are an important part of new student safety campaigns and ongoing attempts to sexual assault and violence on campus.

While any report of sexual assault on campus is one too many, surveys indicate some 700 such attacks were reported across Canada in the past five years. It’s also suspected that sexual assaults are notoriously under-reported.

Responding to growing concerns about campus security and student safety, universities across Canada are putting in place new safety policies and procedures, and students are using customized mobile apps as a way to build greater safety on their college, university or corporate campus.

(Such concerns are also being addressed, in Ontario at any rate, by new provincial regulations that say all provincial colleges and universities must have sexual violence policies in place by the New Year; the University of Toronto recently tabled its draft policy after a consultation process with all involved.)

Part of the safety strategy for students, and one of the most widely used campus safety apps, has been developed by a Canadian university student who rightly felt a better and more capable solution than what was then available was sorely needed. 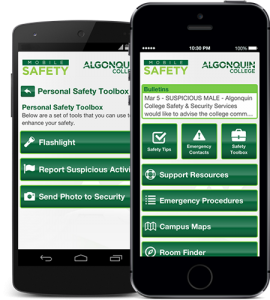 One of the most widely used campus safety apps was first developed by a Canadian university student.

“I noticed that one of the security intercoms on campus wasn’t working,” recalls David Sinkinson, who was at the time finishing his MBA at Queen’s University in Kingston, ON. “I brought it up with Queen’s staff. We agreed that a smartphone app could act as a massively connected network of virtual security intercoms and, with other features, could help make Queen’s campus a safer place. And with that, AppArmor was born.”

David, along with his brother Chris (both are now MBA grads) worked together to build the app that Queen’s Campus Security uses to this day.

Starting with its pre-built app engine and core function modules, AppArmor now develops customized versions of the mobile app that are specific to an individual campus and can connect with existing emergency systems on that campus.

York University, Red River College, UBC Okanagan, Georgian College, Centennial College and the University of Florida are among the schools that have worked with AppArmor to develop and release their own custom mobile safety apps. 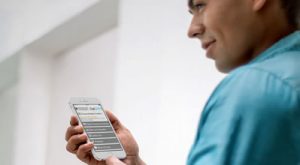 Dalhousie University is among the schools that have worked with AppArmor to develop and release their own custom mobile safety apps.

Each institution’s customized safety app can be downloaded for free in the App Store, Google Play and Blackberry AppWorld; a free app prototype is also available from the developer’s website.

At Manitoba’s Red River College, the free Mobile Safety app provides users with direct access to RRC Security and 911, as well as specific instructions on what to do in case of an emergency, among other valuable features. The app includes emergency contacts and other important resources available at the touch of a button. It can be used to tap into the College’s existing Safe Walk program or to send photos or emails directly to Security. It also provides instant alerts in case of campus closures, lockdowns or emergency situations, even when the app isn’t running.

“Partnering with AppArmor allows us to bring more awareness to the services available at both campuses,” said Kathy Pozihun, Vice-President, Administration and Finance at another AppArmor partner, Lakehead University (in Thunder Bay and Orillia, ON). “This app allows users to easily access our walk-safe program, to quickly contact security if needed, and to use tools that can help in an emergency,” she added. The safety toolbox includes a flashlight, a loud alarm, and that ability to send a photo to campus security. 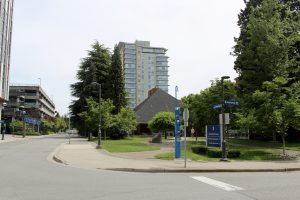 Mobile safety apps can supplement the Blue Phone network of physical emergency phones on or around a campus.

While many student communities already have access to mass communications systems like email, and the so-called Blue Phone network of physical emergency phones on or around a campus, the need for a customizable, convenient and two-way method of communication above and beyond those systems has been widely identified, such as at Wilfred Laurier in Waterloo, ON.

To supplement its current communication system, Laurier worked with AppArmor to develop an app with specific information about Laurier’s campus policies and procedures. The app incorporates a Twitter feed for real-time notifications from the school and the local police; there are also ways to anonymously notify campus police about any issues.

Along with its new mobile app, York University has also introduced training programs that can boost awareness, prevention skills and response techniques among staff, students and faculty.

The York U Safety app, developed for its students, faculty and staff in response to the fall 2012 President’s Safety Forum (itself a response to a series of reported assaults on York students) has been downloaded by more than 12,000 users so far, giving them a direct-dial option for campus security, 911, the sexual assault support line and other services.

Like other universities, York has also introduced a certification and training program that can boost awareness, prevention skills and response techniques among staff, students and faculty.

Because as powerful and capable as customized mobile safety apps can be, it is surely a matter of culture and attitude as much as infrastructure and technology that must be changed if there’s any hope of reducing and eliminating sexual assault and violence on campus. 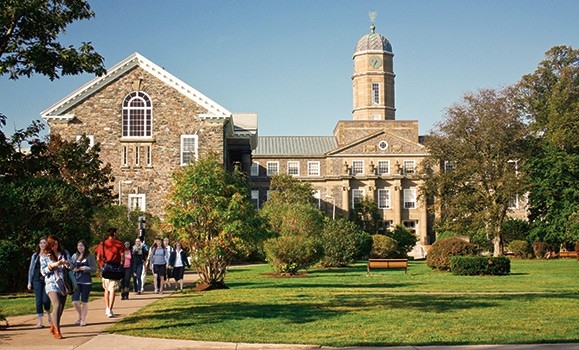