goTenna is coming to Canada. 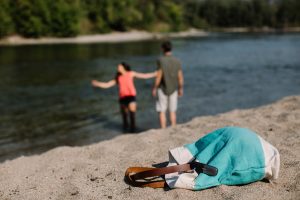 goTenna Mesh works independently, and you do not need the usual wireless network services to communicate.

Be it to improve spotty service, make emergency calls, manage phone bills or simply ‘get off the grid’, the product was a big hit and big initial sales motivated the company to develop similar products for a global market.

(Due to various international regulatory issues, including the availability of needed radio frequency spectrum, the first goTenna product was not sold outside the U.S.)

But goTenna has now met “several times” with representatives at Industry Canada, and a new product has been OK’d for sales and operation in this country. 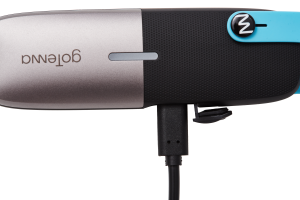 That’s a mouthful for a cool little gadget like this. It’s small and sleek but quite capable.

goTenna Mesh works independently, and you do not need the usual wireless network services. It generates its own independent long-range radio waves, and that means users have a secure way to text and share GPS locations (using free offline maps). Point-to-point range is typically up to one mile in most congested areas and up to about three miles in a typical open terrain.

goTenna Mesh can privately relay your message through other users if your main recipient is not within point-to-point range or is otherwise obstructed, so it is possible to double or triple its operating range, making it much more likely to get a message through in difficult situations.

Unlike traditional communication networks, goTenna Mesh gets stronger the more users join it, though it can be useful for even just two users at a time.

That is its basic configuration (and how the product is sold): in pairs. Two users can establish their own communication network, and go from there. goTenna uses end-to-end high confidence encryption, so 1-to-1 and group chats can remain private. 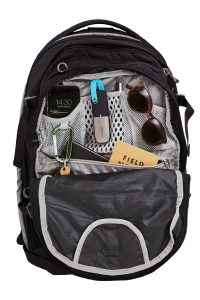 Easy to carry, the goTenna works without the usual wireless network infrastructure, so campers can use it to stay in touch, for example.

The device is also used in group or public ‘shout-casts’ in which people can be immediately connected in case of emergency or fun – at ski resorts, camping trips, outdoor events and large gatherings.

“From the onset, our mission has been to create bottom-up, people-powered connectivity that can run parallel to top-down communications infrastructure,” explained company co-founder and CEO Daniela Perdomo. “We’re addressing something bigger than just unreliable service. It starts being useful when you don’t have service, but we believe mesh networking of this kind will soon be a part of the everyday communication stack.”

“We’ve been running simulations with not hundreds, but thousands and thousands of people,” she added. “We learned a lot. It’s hard to work with these invisible things and getting to be really power-efficient and transmitting at the range you want, and getting to the right people.”

This first goTenna product available outside the U.S. will be sold in limited quantities at promotional pricing (starting at $129; regular $179) today on a pre-order basis before shipments begins later this year.

The product’s availability comes along with the launch of goTenna’s premium service (with SMS relays into mainstream communication networks and location tracking capabilities) called goTenna Plus, and the release of an open Software Development Kit (SDK) so third-party developers can tap into the platform. 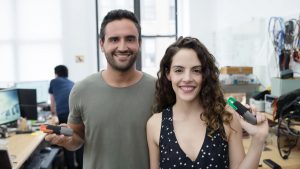 goTenna was co-founded by siblings Jorge and Daniela Perdomo.

FYI, the company has a promo video on YouTube.

How Microsoft, ASUS, and HP are challenging Apple in PC design