“What are you doing after class?”

That may be an invite to grab a beer, or it could be the key to a long and prosperous career.

And depending on the reply, new tools from a Canadian software development company can help a student land their first job after post-secondary studies are over.

Of course, finding a job is not an easy job at the best of times. The prevailing economic climate and employment landscape have enormous impact. The acquired skills and learned abilities that a student offers to a potential employer are very important factors, too. 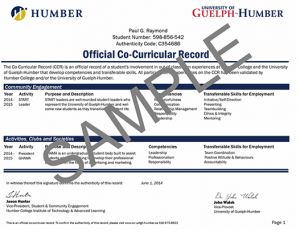 Sometimes the most important life skills and learned abilities are gained outside the classroom, not inside, and as such they may not appear on a student’s academic grade report – but they can be included on a CCR, or co-curricular record.

But sometimes those skills and abilities are gained outside the classroom, and as such they may not appear on a student’s academic grade report.

Whether called a co-op placement, experiential education or co-curricular learning, those activities can include volunteering, on-campus employment, attending workshops, conferences or other events relevant to a particular field of study or interest.

Many colleges and universities are recognizing the potential of co-curricular learning, and they are actively implementing policies and procedures to document and validate those after-school experiences as a value-added service for their students.

Post-secondary institutions in every Canadian province (including the Universities of Toronto and Waterloo in Ontario, the University of British Columbia, and Dalhousie University in Nova Scotia among them) as well as several in the U.S. are using a powerful record-keeping system developed by Canadian tech company Orbis Communications. 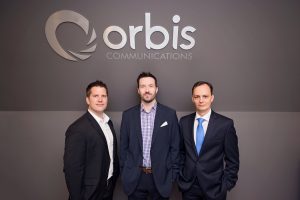 The Dundas, ON-based developer has some 30 employees focused on creating software solutions that document experiential education programs at post-secondary institutions. Orbis is one of the few companies in the world working in this field and it’s the largest in Canada.

Founded more than 10 years ago by partners Devin Grady, Sandor Mezei and Cameron Ballantyne, the company introduced Canadian Co-Curricular Record (CCR) software to help track and manage the CCR process, and it now provides such services to some 40 Canadian schools, reaching more than 750,000 students.

Students use the platform as a virtual résumé, tracking the activities, achievements and experiences they have had outside of the classroom.

As those experiences are recognized and validated by the learning institution, they form part of the student’s record, complete with ties to documented learning outcomes that provide employability skills.

“A lot of the job-ready skills that students gain are not necessarily conveyed by simply saying, ‘Here’s my mark!’” says Orbis co-founder Cameron Ballantyne. In fact, he adds, the so-called skills gap that’s said to be a real detriment among today’s grads may in fact be a communications gap, as students are unable to articulate and authenticate the experiences and competencies they have gained outside the classroom.

That’s one of the findings from a roll-out of the Orbis system at the University of Waterloo, which operates the world’s largest co-op placement program.

Waterloo works with more than 6,000 unique employers to identify job placement opportunities for students; last year it received more than one million applications to its co-op program. 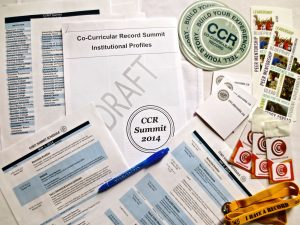 Students, teachers, industry leaders and government officials are looking at the importance of co-curricular activities, and how to quantify them.

That’s a lot of tracking and validating and reporting of results, so Waterloo worked with Orbis to customize the platform, launch a pilot program, and prepare to implement the system university-wide later this month.

Students have had input into the development process, and new features in the platform such as 24/7 access, Google Maps on job postings and increased search functionality, were based on student feedback gathered at demo days, student society meetings, focus groups and social media.

Orbis Communications also has a partnership with the U of T, where a single online destination links students with industry research opportunities by listing the skills and competencies that can be gained by students being a part of the research team. The platform will allow students to describe their participation on their co-curricular and academic transcript, providing a more well-rounded view of their overall abilities.

As more big data is acquired and assembled about experiential education processes and outcomes, companies such as Orbis and its partners will compare it with government, economic and other institutional data to provide even more valuable insights into overall employment and education trends. 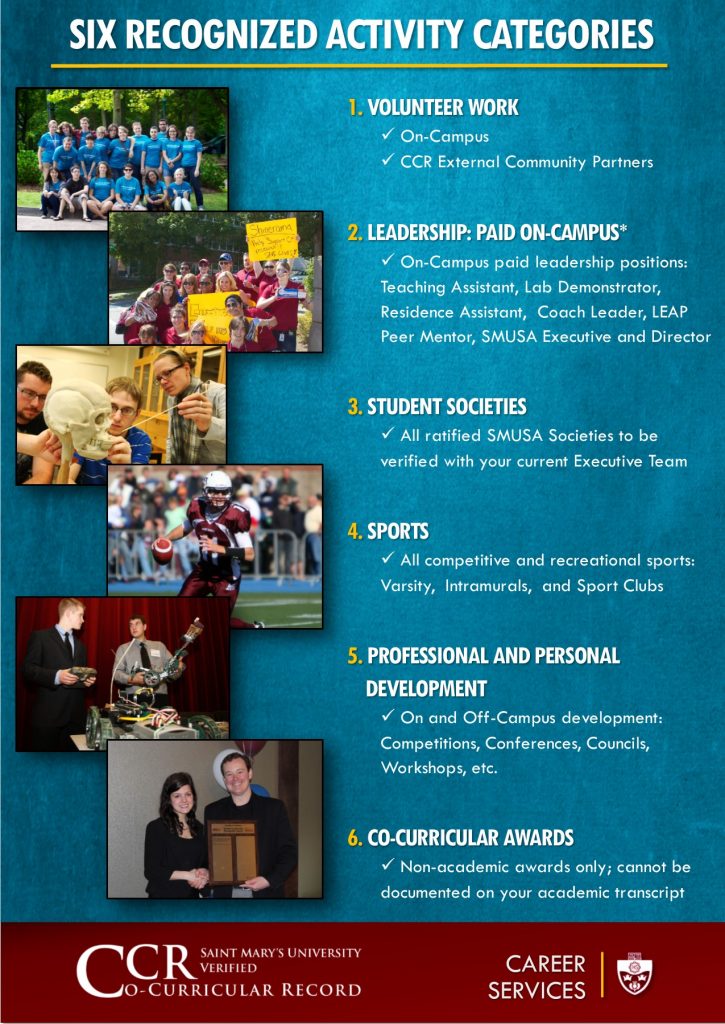 An information poster from Saint Mary University in Halifax describes the kind of out-of-class activities that can contribute to a student’s overall education outcomes and employment prospects.

Apps for Enhancing Your Smartphone Photos