Some surprising results in recent elections have confounded the pollsters, undercut the pundits and surprised much of the general public, triggering an almost endless debate over how and why we vote the way we do.

But the debate could end here in Canada. It seems some high-tech tools and big data analytics have at least influenced, if not decided for us, the outcome of significant elections and political referenda. Some of those tools were developed and are applied by a B.C.-based company called AggregateIQ. It’s one of a growing legion of international corporate practitioners in the maturing field of behavioural microtargeting. Their tools include the data we ourselves provide for them.

Let’s step back a minute: while much of what’s found in the digital toolkits of today’s marketing gurus and opinion trackers is new, designed to capitalize on the emergence of social media and mobile connectivity, key elements are much older: from the 1980s, for example, comes the understanding that people’s psychological traits are more useful than broader societal trends to explain, predict and shape consumer behaviour. 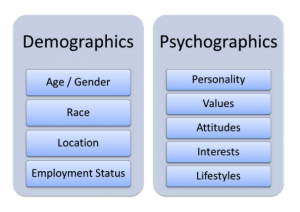 The digital trail we leave behind us whenever and wherever we’re connected to the Internet provides the raw data for demographic and psychographic profiling.

A research team from Stanford and UC Berkeley took the idea that psychological profiles, or psychographics, are more powerful than demographics alone to new heights. People’s values and lifestyle (VALS) were quantified and categorized, and the concept was welcomed by leading marketers as “one of the ten top market research breakthroughs of the 1980s.”

Well, that breakthrough has been digitally updated for the age of big data analytics. It takes full advantage of the digital trail we leave behind us whenever and wherever we’re connected to the Internet, sharing content and posting messages, leading to data-driven concepts such as online engagement and intervention, and psychometric-based audience persuasion.

A 2013 paper describing ongoing research at UC Berkeley into the subject states quite plainly that “easily accessible digital records (social media posts are mentioned) can be used to automatically and accurately predict a range of highly sensitive personal attributes”. Those attributes include sexual orientation, ethnicity, religious and political views, and other personality traits.

Moving forward on the powerful conclusions of the VALS research, and fuelled by powerful investors, are psychometric companies like Cambridge Analytica in the U.S., a subsidiary of a U.K.-based firm called Strategic Communication Laboratories (SCL).

Such firms are active in psychographic modeling, and they put together detailed psychological profiles, based on social media content among other sources, that help tailor the most persuasive possible message, acting on a target’s (perhaps an individual voter, perhaps a social group) digitally documented characteristics. Basic consumer profiling often analyzes about a dozen so-called touchpoints or psychometric data categories; more sophisticated behavioural microtargeting can involve profiles with several thousand data points.

Big Data Not Only in Canada, Eh?

And, coming full circle back to Canada, there’s AggregateIQ.

AggregateIQ positions itself at “the forefront of digital activism and social media campaigning, providing [its] clients with technology tools, online engagement strategies, and consulting services that deliver proven results and outcomes,” according to an invitingly written job posting. “We’ve campaigned at every level, from Mayoral to Presidential races and National Referendums.” 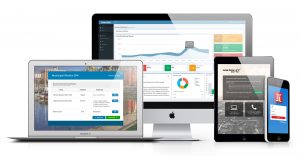 There’s no stated corporate family ties, but the U.K. psychometric firm SCL had listed AggregateIQ on it on its website, at the time providing office contact information for the small B.C. company. Someone made the call: earlier this year, the Telegraph newspaper in London reported that U.K. campaign disclosures showed that Brexit advocates had spent some $5.75 million CDN at AggregateIQ.

AggregateIQ’s website features a confirming testimonial quote from the campaign director of the Vote Leave advocacy group: “Without a doubt, the Vote Leave campaign owes a great deal of its success to the work of AggregateIQ,” Dominic Cummings is quoted. “We couldn’t have done it without them.”

Exactly what “it” means, in terms of the long-term repercussions of the Brexit vote, has yet to be determined. But the power of behavioural microtargeting, and some high-tech tools developed in Canada, is clear:

“Can you imagine, this tiny little company in Victoria having a global influence?” AggregateIQ chief operations officer Jeff Silvester told the Vancouver Sun. “Even in the few weeks leading up to the vote it looked like it would go the other way. This particular client was pretty happy with the outcome.”

Small and large companies alike are providing a range of related services that target digital and social media users, identifying them with advanced data analytics that psychographically tracks political beliefs and lifestyles, and using such insights as emotional triggers to create unique messages that can influence and impact not just sales numbers, but election results.