An early-stage Ottawa-based software development company has big plans for making a positive global impact, and a big part of its planning includes gaming and entertainment.

CauseSquare has an update for the world of charitable giving and social change: it’s offering nonprofit organizations, community organizers and aspiring individuals a new high-tech tool that mashes up giving and gaming, fun and philanthropy.

CauseSquare incorporates key principals of what’s called gamification into its toolkit as a way to make the sometimes frustrating process of giving – and getting – donations much more fun and successful for all involved.

Fundraising Not All Fun and Games

Well beyond fun and games, gamification is, in fact, a powerful social engagement technique. It builds on concepts from human psychology and behavioural science (with a helping of data analytics thrown in) to achieve its goals and inspire a target audience to take action – whether that’s to donate money, contribute to vital research, sign petitions or maybe cast a vote.

By leveraging inherent human emotions and modern social tendencies, like the need to stay socially connected and the fear of missing out (FOMO), gamification tools tap into our personal motivations, unique habits and ever-increasing mobile lifestyles to unite millennial behaviour and charitable giving.

So gamification is less about playing a game and more about the psychology of game-play: winning or achieving is important, yes, and some folks will do anything to come out “on top”. Yet the opportunity to socialize and have fun with friends is valuable as well, and being able to trigger desired reactions and get rewards for expected behaviours is central to game-play.

Gamification has aspects which can be applied offline, face-to-face, but many are dependent on our online digital lifestyle, and fundraisers who adopt Web and mobile P2P engagement strategies like that from CauseSquare are gaining a lot of traction online. 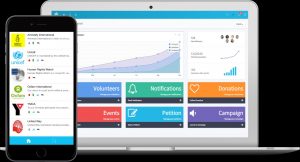 CauseSquare’s new software is more mobile engagement platform than a basic app; it includes a comprehensive dashboard control centre that campaign organizers to connect and interact directly with donors and potential supporters who download the mobile component.

CauseSquare’s new software is more mobile engagement platform than a basic app; it includes a comprehensive dashboard control centre that campaign organizers use to connect and interact directly with donors and potential supporters who download the mobile component. Updates on the charitable activity, reports on the use of collected donations, and other news from the cause community are regularly posted and shared. CauseSquare connects charities and donors to other important websites and millennial communities through its integration module, including Facebook, Twitter, and Eventbright, to extend its engagement reach and capacity.

Maher Arar is the CEO of CauseSquare; you may know that his entrepreneurial journey was dramatically interrupted and his life experience forever changed many years ago, but his business ideas and his formal training in computer engineering and mobile communications were never abandoned.

Understanding how 20-somethings and the millennial generation lives through its mobile devices, with an always-on, always-on-the-go lifestyle, Arar sees the future of charitable giving as tied to a mobile application like CauseSquare. 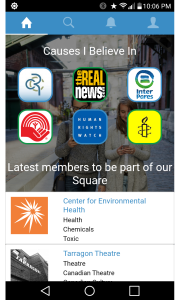 CauseSquare users can choose from a menu of causes including education, human rights, justice and independent media. The interactive app can be used to narrow choices to individual charities and non-profits.

Research shows that 70 per cent of altruistic giving is in the moment, often triggered by that always-on connectivity and the ability to connect anywhere, anytime. “[T]hat dictates the use of mobile technology,” Arar says, adding that because more than 80 per cent of millennials own a smartphone, that makes it easier for charitable organizations such as those his company serves to engage millennials and connect them with their cause.

Speed and simplicity are key to a good game these days and to a successful fundraising campaign. A simple one-click action on a smartphone is a familiar metaphor to get things done these days, and gamification techniques use familiarity to get people to act on their desires and impulses.

Rewarding a desired or expected behaviour is one such game-play technique: give the player (or potential donor) some points or a badge to reward them for participating, and motivate them to repeat their behaviour. By tracking the reward levels and degree of participation, gamification theory says top performers can be acknowledged, recognized and often recruited as team leaders or activity coordinators themselves: basic psychology understands that status and recognition from friends and associates are powerful human motivators, and gamification platforms like CauseSquare have sophisticated tools in their dashboards to identify, acknowledge and recruit such users to connect with even more charitable fun and games. 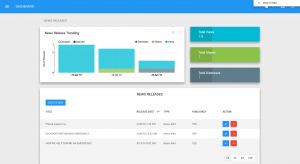 Gamification platforms like CauseSquare have sophisticated tools in their dashboards to identify, acknowledge and recruit active users to connect with even more charitable fun and games.

“We’ve made our solutions so easy, to the point where we take advantage of that short-duration, altruistic impulse,” Arar says. He’s a big proponent of the use of video as an engagement tool, and not surprisingly, of short punchy and catchy videos that draw in potential young donors while being sensitive to shrinking or distracted attention spans. “If you’re not using video, you’re missing the boat. You’ve got to grab their attention and catch their altruistic impulses.

“We as humans are wired to have fun, and this is regardless of age,” Arar continued. “Take any experience and make it easy and fun and people will join. People are hardwired to compete and be better. This is precisely what we exploit, and what makes it easier for nonprofits to engage millennials in their cause.”

When he launched CauseSquare, Arar began with a testing team of some 15 participants. Today, CauseSquare boasts more than 100 organizations and thousands of users are subscribed to its platform. The back-end server and database system that supports all those projects and users is highly flexible and scalable, and ready for a major international expansion.

While he started out by serving the nonprofit and charitable sector, Arar adds that CauseSquare has recently opened its platform for individual users as well, starting with the sports sector and expanding from there. “We see the personal P2P market as a huge opportunity over time.”

As part of his expansion plans, Arar regularly blogs and posts information about how non-profits can leverage mobile technology to their advantage. The company website is filled with tips and advice in both written articles and Arar’s own podcasts. 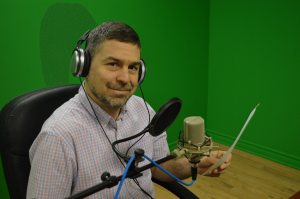 CauseSquare CEO Maher Arar regularly blogs and posts information about how non-profits can leverage mobile technology to their advantage. The company website is filled with tips and advice in both written articles and Arar’s own podcasts. Photo from CauseSquare.

It’s all part of a “very huge business plan” that Arar had developed, along with an early prototype, before his life was so dramatically interrupted.

(Arar has lived in Canada since 1987, arriving from Syria and eventually holding both Syrian and Canadian citizenship. He was detained at JFK Airport in New York back in September 2002, as he was returning to Canada from Tunisia with his family. He was sent to Syria by authorities in the U.S. and held in detention there for a year, a terrible experience difficult to describe in detail. He was eventually exonerated and returned to Canada, having been found by authorities to have no terrorism links. He received an apology and a cash settlement from the Canadian government as a result of his experience, a cause taken up by many supporters and defenders at the time.)

Now he’s working to support the cause of others.