The merger of quantum mechanics and information technology will change things in ways you will not believe – but fear not, Canadian researchers and innovators are leading the charge that will reconfigure and redefine the 21st century. 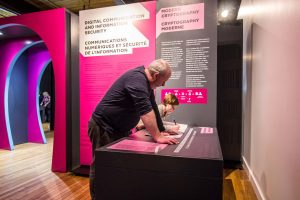 The digitization of data, new cryptography techniques and wireless transmissions all depend on the rules of physics and quantum theory to survive.

Luckily, that future is on tour this summer, and Canadians across the country will have a sneak peak. On display will be the latest developments those researchers and innovators have made in science, technology, engineering and math-related activities, all of which lead to – or are underpinned by – quantum mechanics.

The tour, part of the sesquicentennial celebrations marking 150 years since Canadian confederation, includes what’s called “the first ever travelling show on quantum information science and technology.”

Quantum: The Exhibition, put on by the Institute for Quantum Computing (IQC) at the University of Waterloo, is a showcase of quantum information technologies and how they are poised to transform how we live, work and play.

Quantum theory seeks to describes the motion and interaction of the subatomic particles inside the atom. Strangely, critically, almost incomprehensibly, some of those particles exist in multiple states at the same time!

Computers today work with bits, or particles, that are always in one state or another: ‘on’ or ‘off’, ‘zero’ or ‘one’. Quantum bits can bizarrely be both ‘on’ and ‘off’, and that simultaneity speeds up computer processing, making quantum computers very fast, extremely powerful, almost unbelievable. 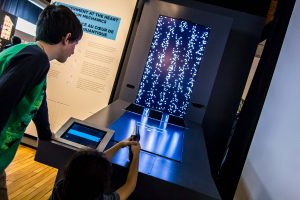 How do you hit a target in a quantum arcade game when it can be in two places simultaneously? Quantum: The Exhibit will help explain as it tours across Canada.

D-Wave, a Canadian company that developed and sold the first commercial quantum computer (extreme users such as Google and NASA have been testing its technology for years), sees the power of quantum computing, machine learning and big data analytics as a powerfully innovative triumvirate.

The ability to use quantum-driven computational models to detect and define diseases, analyze and predict weather patterns, sequence human DNA and map treatment methodologies, even to manipulate marketing data and personal information, will be greatly enhanced. New applications for quantum computing are emerging daily, and they’re better than we are at doing just about anything.

But in order to make quantum information processing even more feasible, new approaches to error correction and fault tolerance (very familiar concepts for today’s computer-makers and software programmers) will be needed. 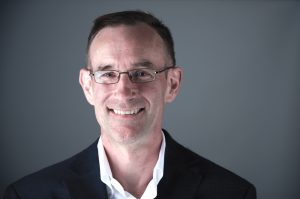 In fact, Raymond Laflamme, the IOQ Executive Director and Associate Faculty member at UWaterloo’s Perimeter Institute, home to the IQC, is getting them ready. He was just awarded a prize of quantum significance for his contributions to quantum computing, noted as among the most influential achievements in quantum information ever!

These are just two of the many telling examples that Canadian innovation and Canadian technology are at the forefront of the quantum computing revolution; many others will be part of the Quantum Exhibition tour and Innovation150 agenda.

Also on the agenda, the Power of Ideas Tour, where young Canadians and their families can explore a gymnasium-sized exhibition of the power of the human mind to question things, make things and innovate.

Innovation Festivals, hosted at various science centres across the country, will also seek to inspire curiosity and innovation through a wide range of activities targeted at Canadian youth and families.

Anyone who can’t attend one of the many live events can connect with Innovation 150 through its website, an online showcase of innovation and digital interactivity that celebrates Canadian creativity and ingenuity.

Of course, if you visit that website, quantum computing will speed up your online experience beyond belief.

Quantum: The Exhibition will be visiting the following locations:

Apple looks to Macs, iPads, and a new smart speaker at WWDC 2017