With the new federal budget announced at the end of February 2018, I wondered what tech professionals and thought leaders were hoping for. Were some looking for increased tech and STEM-related spending for Canadian businesses? Were others looking for incentives to bring new global tech companies to Canada, which would employ Canadian technologists? Would the Government increase spending for STEM in schools? 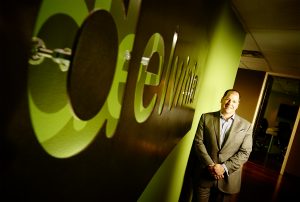 Adam Froman, CEO of Toronto-based data collection firm Delvinia and board member for the Council of Canadian Innovators (CCI), wants the federal Government to fundamentally address Canada’s brain drain problem, and create a viable retention strategy for Canada’s top tech talent. Froman believes, moreover, that it is critical to create policies and programs to understand and address why graduates are leaving Canada to work elsewhere. He advocates that federal and provincial governments should focus on helping Canadian companies grow to create jobs rather than try to attract big companies to Canada such as Amazon.

I had the opportunity to discuss with Froman the issues of tech retention and Canada’s ability to continue to compete globally.

Froman: “Every fall, foreign technology companies sponsor events and hold recruiting sessions at Canada’s most research-intensive universities. This exposure plants seeds into the young minds of students that the best places to work are outside of Canada. As domestic innovators, we need to do a better job at telling our own stories, so we can attract and retain Canadian tech talent at Canadian companies.  We also need the government to work with us to develop a national talent retention strategy. By addressing the core reasons students leave Canada and finding novel ways of encouraging our brightest minds to stay and work for Canadian innovation firms, the government will see more technology scale-ups grow into mature technology companies, like the ones found in Silicon Valley.”

Q: The new federal budget has allocated spending to support women in Canada in various ways. Can you comment on barriers and opportunities that you see for Canadian women in tech?

Froman: “The greatest barrier is that there are not enough women choosing to go into tech. I have a daughter who is in first year engineering at Queen’s.  She would have never considered going into engineering if I had not pushed her because of her strong aptitude for math and science. Now she is loving it. High school guidance programs and universities, with the financial support of the government, need to identify young women who are good at math and sciences and “sell” them on the importance of going into technology for their degree, whatever they choose to do in the long run. Our government also needs to celebrate companies like Delvinia where gender diversity and ability to excel regardless of gender is core to our business. There are a lot of great Canadian companies doing incredible work and women should be encouraged to pursue careers with those companies.”

Q: Do you think Canadian youth are engaged (enough) in STEM studies?

Froman: “Absolutely not! Most engagement is passive and the clubs that exist are only fun if you are already interested. More work within schools is needed to demystify STEM studies. It’s about finding a career in the information and digital economy.  It’s about having a technology foundation to get a job over someone that doesn’t. Youth need the context of why STEM is a great educational path to pursue and that comes from either the home or school — preferably both! Kids today are more technologically savvy as a generation than any before them, so it should be easier to connect the dots.”

Q: You are or have been involved with many tech associations, programs and awards panels. Can you elaborate on a few initiatives that you believe will best support Canadian tech talent to remain in Canada?

Froman: “Most tech associations are dominated by foreign multinationals so they are encouraged to either leave Canada for the best jobs or work in a branch plant in Canada. Other tech associations focus on encouraging tech entrepreneurs to build startups, get venture financing and sell off and become rich in five years. This doesn’t help the Canadian economy, either.”

‘I have chosen to put my time and effort behind the Council of Canadian Innovators (CCI), which is made up of ONLY Canadian-based technology scale-up companies. Scale-ups are high-growth firms that are beyond the start-up stage. These types of companies are expanding their footprints both here in Canada and commercializing their products internationally. They are the job and wealth creators in Canada, and CCI is one of the only organizations in the country that advocates for the interests of the companies that we know will contribute to Canada’s future economic prosperity.  Specifically, CCI advocates for greater access to talent, capital and customers for domestic innovators.”

“As for award panels, we have chosen to create awards in universities for graduating students who fit the profile of a company. If more Canadian companies created these awards across various universities, it would elevate the awareness of Canadian tech scale-ups and it would stimulate talent to remain in Canada.”