Among the major waves of change sweeping across the Internet these days, blockchain is the one that’s really going to kick-start a period of profound change – if we can get over the madness of the tulips or the allure of the crap table.

Blockchain at its core is a way to keep records. It is a digital ledger system that can be used to keep track of every computer transaction that occurs, and in a way that no unwanted or untoward alterations can occur to the ledger.

Blockchain is one of a number of significant change waves: first came the Internet of Things, and a connected world of objects that can all communicate on the ‘Net. Artificial intelligence, a subset of machine learning, is the next big wave of change, presenting a new kind of decision-making capability to the world. Now, there’s blockchain, and its promised ability to keep track of activities, transactions, events and even identities in a secure and trustworthy manner.

While much has been touted and written about blockchain (and its never-far-from-mind cousin, cryptocurrencies like bitcoin), it still may be poorly understood. That’s why a series of corporate leaders, industry analysts and blockchain boosters gave presentations at ideacity recently to help clarify and validate the concept.

When introducing the topic and welcoming the speakers to his three-day think fest, ideacity host and media mogul Moses Znaimer brought up those tulips.

He noted that much of the current media hub-bub about blockchain was not so much detailing the benefits of the product or service it engenders, but rather the “astonishing amount of quick money that can be made” by investing in it. It echoes, Znaimer said, the “madness of the tulip story” and the experience of Dutch investors in a giant economic bubble and subsequent painful burst. 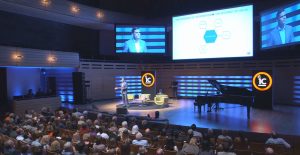 Alex Tapscott speaks at ideacity, bringing some perspective to the flowery reports about blockchain. ideacity Image.

After that introduction, Znaimer left it to Alex Tapscott to bring some perspective to the flowery reports about blockchain.

He has done so before at ideacity, and in many other venues. Alex is the son of noted tech visionary Don Tapscott, and together they advocate for greater understanding and use of blockchain technologies.

In the days leading up to ideacity, their book on the topic was released. In it they write, “The blockchain is an incorruptible digital ledger of economic transactions that can be programmed to record not just financial transactions but virtually everything of value.”

Alex Tapscott encourages confidence in a global digital ledger, and he points out that a record of any transaction is kept on every computer in a network, making it a highly secure and trustworthy environment.

Trust is baked into the platform, he continued, and that means users can be comfortable in the value, safety and reliability of the system.

That system is decentralized, so there is no one big institution that acts as a gatekeeper (giving it too much control or making it an attractive target for malevolent interests). It’s about collaboration among all the nodes in the chain, and it’s about the clever code and cryptography that secures communications and record-keeping among those nodes.

(It must be said that any flaws in the implementation, any error in the code, any loss of algorithm elements or equations could be fatal to the trustworthy concept underlying blockchain. There have been serious crypto-hacks and data thefts; few are sure what the implications may be.)

Interestingly, the decentralized nature of the blockchain and the almost continual checking, rechecking and validation of ledger activities through algorithmic processing puts a lot of physical strain on the system. A heck of a lot of computational horsepower is required along the blockchain, and a lot of bandwidth is needed to support the back-and-forth data transmission among the nodes.

Servers are being strained. Transmission networks are being filled to the brim. Even electricity is becoming a more rare commodity along the blockchain than elsewhere.

Processing time for a typical cryptocurrency transaction is almost 10 minutes, whereas most computational transactions take just milliseconds. Bitcoin blockchains cannot process more than seven or eight transactions a second, putting a strain on processing power required, if not on the client who must pay for transactions.

This is another of the hidden undersides of the blockchain and cryptocurrency world – huge amounts of energy are needed to verify the transactions.

Teunis Brosens, an economist at ING bank in Holland, wrote in a paper that it takes about 200 kilowatt hours of electricity to authenticate a single bitcoin transaction. That’s enough energy to run a washing machine 200 times, he added. In comparison, a credit-card transaction requires 0.01kw/h, about 20,000 times less energy.

Of course, advocates say, that will change as the technology and its infrastructure improves. 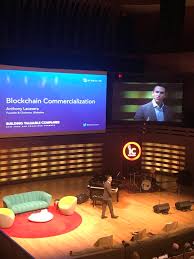 Describing the blockchain as a new kid of a decentralized database technology, he noted that even with its oft-described trustworthy resiliency, blockchain still needs “lots of constituents to snowball.”

These constituents must be confident that the wild west days are over, and that a stable and predictable business climate will result.

“Right now, the crap table is as good as cryptocurrency for investing,” Lacavera joked with great seriousness.

Government must step in with rules, parameters and frameworks for the blockchain industry to, well, fully flower. 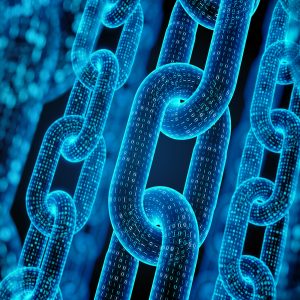 Data events and digital transactions can be tracked and secured along a chain of encoded and encrypted blocks, and no one block can be altered without the others. Bitcoin BCH sponsored image.

Review of the Blackberry Mobile KEY2, a sleek and powerful revision