But during Startupfest, the city becomes an international magnet for start-up companies, investors, potential partners and interested media from around the world. 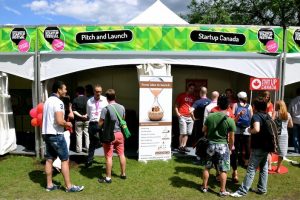 Startupfest is a multi-venue magnet for high-tech start-up companies, investors, potential partners and interested media from around the world. Startupfest photo.

That means a wide range of experience and expertise to draw from, and a wealth of enthusiasm to grab a piece of. It’s an opportunity to get different opinions and perspectives on almost any entrepreneurial idea, and a great place to try out that elevator pitch or short sweet and punchy 30- second description about a new business opportunity.

Not only does the multi-stream festival provide support to start-ups, it gets a lot of support from industry and government. For example, Videotron, one of the top cable and telecom providers in the province, returns this year as a major partner and sponsor. “We are delighted to be part of this major gathering that gives influencers from Québec and elsewhere a chance to meet, be inspired and present their ideas to businesspeople from around the world, year after year,” said Jean Novak, President of Videotron Business Solutions.

In fact, in what is now its eighth year, Startupfest offers opportunity and some $500,000 in prize money to give to start-ups attending the event, this year held from July 10th to the 14th.

Some 7,000 attendees are expected, and they will find multiple streams or topics of interest to follow. From the AcceleratorFest to the Women in Tech Boot Camp, several specific areas of interest, development or potential are highlighted.

CannabisFest, coming in the days after what would have been national legalization is still a timely topic of interest and a fast growing area of opportunity. 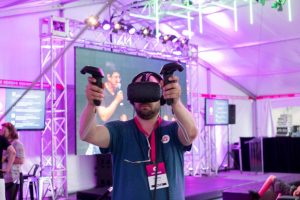 AIFest is a seeming natural for Montréal, as the city is said to lead the country in terms of dollars invested in the artificial intelligence sector, with platform developer Element AI itself passing the $1 billion mark in funding and valuations, smashing previous Canadian startup records.

Scaleupfest is focused on founders looking to scale-up with series A funding opportunities.

CryptoFest, HackerFest and SciFest sessions will also be held as part of the country’s largest start-up conference.

The largest, they say – and getting larger: this year is the first time that the tech fest has a formal and official initiative on inclusion, and getting more people to participate.

BDC Capital and QuickBooks are among those subsidizing a 90 per cent discount for 1,000 tickets to the festival for female technology entrepreneurs, Indigenous entrepreneurs and people from other underrepresented communities, including those who are differently-abled or live in remote areas. Joint Economic Development Initiative and Startup Canada are also among the program’s partners.

Industry supporters also include the Canadian arm of SKYY Vodka, a California-based producer and distributor launched by a long-time entreprenuer and inventor. The company had invited Canadians to enter its competition to win an all-access pass to Startupfest2018, along with several other perks and pitch opportunities, as a way of showing its support for the entrepreneurial spirit.

SKYY has now announced that St. John’s-based Emily Bland, CEO of SucSeed, is the winner. Her firm is a social enterprise that helps at-risk individuals and underserved communities produce their own food using home-built hydroponic grow tanks. 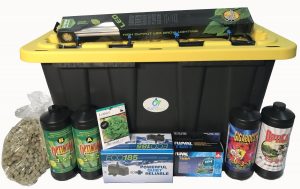 SucSeed reports it has worked with over 1,000 Canadian families to improve food security, and it is working with food franchiser Tim Hortons to put hydroponic grow tanks in every elementary school in Canada.

In 2015, Emily was named HSBC’s Women Leader of Tomorrow for Atlantic Canada, 21 Inc’s Top 50 Emerging Leaders in Atlantic Canada and in 2016 she received the Unilever Leaders for a Brighter Future Award for Canada.

As well, BDC Capital is launching the Women in Technology (WIT) Boot Camp, and as you might imagine, it is designed to help early stage technology companies founded or led by women. It’s one way of ensuring that women entrepreneurs looking to start a business have the financial and business literacy skills required to succeed.

“This can’t-miss half-day session promises to provide direct access to key actors in the tech space that will share candid stories about their journey and tips on how women entrepreneurs can overcome similar situations,” said Michelle Scarborough, Managing Director, Strategic Investments and Women in Tech at BDC Capital. “BDC Capital is committed to fostering a robust network to support and encourage women in technology and help in creating the next generation of Canadian women technology entrepreneurs.”

WIT comes at a time when the federal government is boosting support for women in technology, having announced a nearly $2 billion investment to help women grow their businesses and gain access to financing, talent, networks and expertise as part of the Canada’s First Women Entrepreneurship Strategy.

The WIT Boot Camp will be held Wednesday, July 11; two hundred passes have been reserved for female entrepreneurs through the Startupfest Inclusion Initiative, organizers describe. 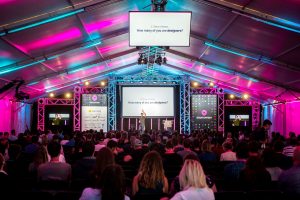 Startupfest has a special inclusivity program this year, designed to bring in a wider and more diverse group of attendees. Startupfest image by Dominick Gravel.

Philippe Telio is the head organizer, founder and producer of Startupfest. Montréal hosts the flagship event, but Telio works to support start-up business in many ways and many places. Startupfest is part of an international series of conference about the business of startups he stages. He’s also launched what’s called The Elevator World Tour, a global competition among those 30-second pitch-makers, staged in – yes – spectacular elevators around the world, including those in the CN and the Eiffel Tower.

Telio is also Chair of the non-profit organization Le Fondation du Startup de Montréal. While acknowledging the on-going support of partners such as BDC Capital and others in this year’s event, Telio expressed his excitement “to see the event grow and continue its mandate of inclusivity and continued support of all entrepreneurs, while creating more opportunity for underserved groups in technology.”

Review of the Blackberry Mobile KEY2, a sleek and powerful revision