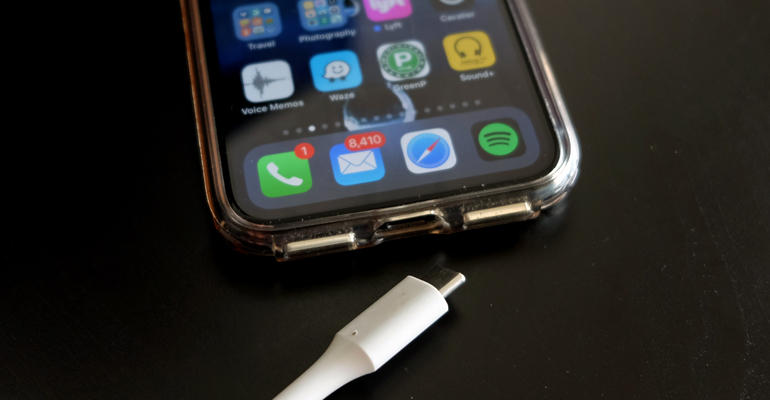 Almost every smartphone and tablet manufacturer has been moving toward using USB-C as a charging port, but Apple isn’t likely to jump on the bandwagon with the iPhone and iPad.

At first glance, it would seem odd. Why, if MacBook laptops (except the MacBook Air) are already using USB-C, wouldn’t Apple adopt it for its phones and tablets? That kind of synergy would truly be convenient, not just for the company’s own product lines, but also for the industry at large. Imagine having an iPhone in need of a charging cable, and a friend with a Samsung handset passes theirs over.

That scenario probably isn’t going to happen. Apple’s reluctance to embrace it on its cash cow (the iPhone) has a number of aspects to it.

USB-C was finalized in 2014, taking time to catch on with manufacturers after that. It wasn’t until 2016 that it started to gain real traction, with the likes of Samsung, LG, Motorola and Huawei ditching microUSB in favour of the more dynamic port.

Apple first adopted its proprietary Lightning port back in 2012 with the launch of the iPhone 5. Considerably smaller than the older 30-pin dock connector, Lightning’s svelte and double-sided design afforded engineers in Cupertino to make the iPhone slimmer and thinner.

The switch to the new connector wasn’t without controversy, given the backlash from consumers who felt cheated after buying accessories with the 30-pin dock. Even today, you can find some docking stations in hotels sporting the now-obsolete connector. Apple exploited the transition, especially when charging high prices for replacement cables and chargers.

But the move was met with disdain for other reasons as well. Being analog, the 30-pin dock was capable of pushing video signals out to other products. This is why some aftermarket automotive head units were able to mirror the phone’s screen for wide app compatibility. Lightning, which was all-digital and only 8-pin, made that progressively more difficult without using an HDMI adapter.

Since 2012, Lightning hasn’t changed. It’s not faster, nor any better at doing anything related to charging or transferring data. In fact, the best it can do is USB 2.0 speeds — 480Mbps. The only exception is the iPad Pro, which comes with a Lightning cable that hits USB 3.0 speed, capping output at 5Gbps.

That pales in comparison to USB-C’s speeds based on USB 3.1, hitting a peak of 10Gbps. With its ability to also support Thunderbolt 3, speeds can hit up to 40Gbps.

This is partly why Android phones have fast charging capabilities that iPhones don’t. You won’t be plugging in the iPhone X and going from zero to 50 per cent in 15-30 minutes.

Though Apple has never disclosed Lightning’s power output, third-party accessory manufacturers have, and it amounts to 12 watts. USB-C taps out at 100 watts. That doesn’t mean every USB-C cable can go that high, but it is theoretically possible. To put it in perspective, a MacBook needs about 60 watts to charge, which its USB-C cable easily handles. 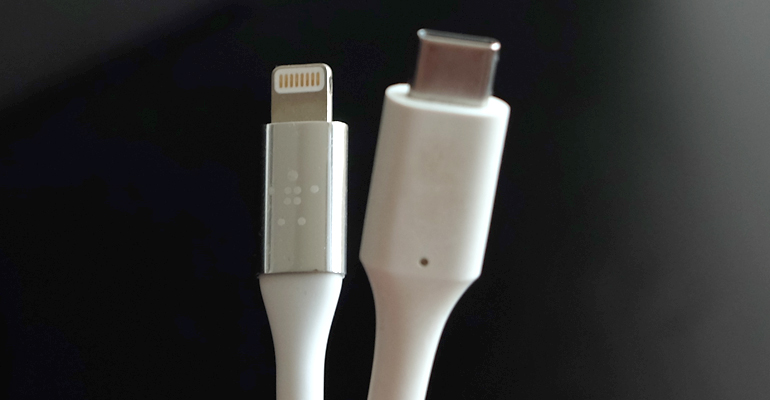 We should remember that the Lightning port is also a headphone jack for iPhones and iPads that no longer have the 3.5mm connector. Apple included a dongle adapter to bridge the divide, forcing users to carry another small item — one easy to lose, by the way — with them to listen to music via a wired connection.

But in going wireless, Apple sent the message that it was willing to eliminate something significant if there was another useful thing to replace it. The headphone jack was essentially replaced by the AirPods, and in the same vein, it’s possible that Lightning will be replaced by wireless charging, not USB-C.

Apple only really embraced the Qi wireless charging standard last year, effectively nailing the coffin in the battle over industry standardization. The Apple Watch also supports it, and there’s a real possibility iPads are next.

But Qi isn’t at a point where it’s everywhere and capable of matching the fastest wall-charging speeds. I have no doubt wireless charging is the future, but it’s still going to take some time before the average user embraces it as a go-to option. For that reason, Lightning would be sticking around for a little while yet — unless Apple adopts something else.

Apple has never said it (or anything else, for that matter) publicly, but it probably values Lightning’s slimmer profile compared to USB-C. Maybe it makes a big difference engineering the iPhone, but I’m not convinced it does. The company could very easily adopt USB-C. It’s just going to choose not to.

Exhortations of a backlash over another port change are overblown, in my view. This isn’t a switch from one proprietary connector to another, but rather to one that everyone else is already using. The 30-pin-to-Lightning change was necessary, yet also proved to be a big revenue stream for the company. Removing the headphone jack was met with some anger, except the ubiquity and affordability of Bluetooth headphones highlighted how reactionary it all was.

The openness of USB-C may also not play into Apple’s hands. This is a company that wants to control everything along the chain. It would mean no longer licensing Lightning out to other manufacturers making accessories. Those $25 charging cables would be ridiculous next to a good cables everyone else uses at half the price. Claiming to be all about convenience for customers rings hollow if you go your own way when a demonstrably better option is readily available.

At this point, with new iPhones on the horizon, there is little chance Apple abandons Lightning for USB-C. Instead, a Lightning-to-USB-C charging cable might be included, with adapters for both USB-A (the standard USB plug for years) and the 3.5mm headphone jack adapter.