When the City of Toronto launched its first Open Data Portal back in the fall of 2009, the demands for open data were not much more than muted requests.

But the open data concept and the open government movement have been moving quickly since then, gaining momentum as both technological capability and data literacy have increased. The basic underlying idea is that data, particularly government records, documents and information, should be openly and freely available to anyone. Advocates of open data and open government say they can help citizens hold government more accountable, as well as being able to find unexpected insights for research, advocacy or entrepreneurial purposes. 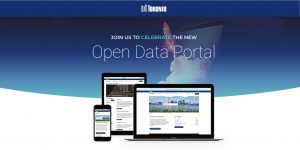 With a nod to transparency and citizen participation, cities like Toronto have embraced both the open data and the open government concept.

With a nod to transparency and citizen participation, cities like Toronto (and provinces like Ontario and countries like Canada) have embraced both the open data and the open government concept, and now Toronto is in the process of launching what could be called its open data portal 2.0.

As well as increasing access (which is another goal of the new portal), there’s a need to increase functionality to make it more understandable and actionable. That could mean being able to visualize data, being able to download data in non-proprietary formats, and meeting accessibility compliance requirements – or all three.

So Toronto’s open data team knows its new Open Data Portal is new – and it can be buggy as a result (there’s a warning on the new site letting visitors know that until the new portal is fully developed and launched, there’s another webpage acting as the “definitive source” or destination. The target timeline for completion is Q4 2018, so any time now.) The Open Data Portal will enable access to data for app developers, designers, urban planners and architects, as well as the general public. Compatibility with existing data set types and graphic file formats is another goal of the new portal.

Compatibility with changing times may be another matter. The openness of open data means anyone can work with the materials to create any application they so desire. But that same openness leaves open the door of on-going responsibility or accountability for the application and the data being used. One case in point is a web page still online that provides information about Toronto’s city councillors. That topic alone is a controversial one these days, but the site is very dated – it even lists as a sitting councillor someone who passed away more than a year ago!

Interestingly, some of that information is now hosted by a digital data company called Tableau. A representative for that company says the web page and its information “are a gift to the world”, something like a YouTube for data, and that the company does not “monitor/manage anyone”, nor will it “update/delete anything”. A noble intention, perhaps, but that means dated and misleading information is widely available.

Open Data as an Art Form and Mobility Aid

With that caveat in mind, open data is still getting a big boost from its proponents. The Open Toronto Meetup Group, for example, has teamed up with the GO Open Data Conference and the Toronto Public Library to prepare an Open Government & Open Data Exhibit for an event in May of 2019.

Interestingly, open data and civic engagement are being positioned as an art form: paintings, writings, videos, music, apps or something completely different are eligible to be submitted and displayed as a way to help people understand the power and potential of open government and open data.

A number of open data projects have been launched and are available now to use as computer or mobile device apps.

Meanwhile, any number of open data projects have been launched and are available now to use as computer or mobile device apps.

In developing the app, the City of Toronto partnered with Civic Tech Toronto and Code for Canada. With it, cyclists can highlight areas where new bike parking is needed. They can report broken and full bike racks, as well as spots occupied by abandoned bikes. The web app is available at app.bikespace.ca.

BikeSpace will not collect data on its users or create profiles of them, developers describe. The app will only collect data that users themselves provide. The idea is that having more data about bike parking issues will help those folks who install and improve bike parking do an even better job. All data collected through this project will remain available to the public.

If you are not biking, but walking around our city, data can help as well.

Using something called KSI, or Killed or Seriously Injured data, sourced from police services, the City is going to install or retrofit more than 60 Senior Safety Zones. Often located near seniors’ homes and care facilities, or areas with a significant senior population, these walking and crossing zones will be outfitted with new safety signs, enhanced pavement markings and extended traffic signal walk times. Further work will include detailed engineering reviews to consider additional safety measures that could include reduced crossing distances, traffic calming and designation as a community safety zone.

“We’re using a data-driven, comprehensive approach that focuses on the locations where improvements are most needed,” said City Councillor Jaye Robinson, Chair of the City’s Public Works and Infrastructure Committee. “Senior Safety Zones are one of many countermeasures in a multi-faceted plan that we are implementing to make our streets safer for the most vulnerable road users.”

Senior Safety Zones seem safe enough, but make no mistake, the use of open data analysis and open government strategies is a politically charged development. Civic decision-makers and members of the wider community are hoping that data can help them solve the charged social, political and technical issues that the city faces.

In one small but recent example, the inflated controversy surrounding the King Street Transit Pilot, a transit-priority pilot project in downtown Toronto that at first seemed to pit drivers against pedestrians, and transit riders against restaurant owners.

But with the City of Toronto’s release of more data about the project, which was launched almost a year ago in a bid to speed up transit travel while calming traffic congestion along one of the city’s busiest streets, it appears everyone is a winner. Data gathered from public transit, business documents, street monitors and traffic apps show an increase in transit reliability (85 per cent of streetcars arriving within four minutes during the morning commute), an increase in pedestrian and cycling volumes, consistent with seasonal changes; and a slight (0.3 per cent) growth in customer spending on King Street since the pilot began.

Data gathered from the City’s shared promotional campaign with mobile food ordering app developer Ritual also showed a tangible benefit: while the City spent some $164,000 promoting the special offer (and the developer was said to have chipped in another $100K), there was a $426,005 increase in sales for participating restaurants compared with the weekly average three weeks before the promotion. 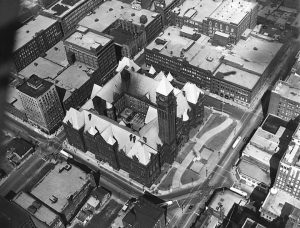 Cannabis is For Women, Too, But Support is Lacking