A stated hunger for data and analytics has lead to the first presentation of a Google Premier Partner Award to a Canadian agency.

Evaluating and analyzing all available data sources is a crucial skillset for the 2018 Google Search Innovation Award Winner: the independently owned and operated company Arcane, a digital marketing agency based at The Cube in London, ON with offices in Calgary and Toronto. 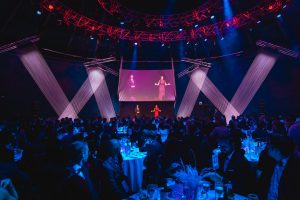 Arcane picked up its award for digital marketing expertise and innovation with Google’s search advertisements, such as the creative use of auto-bidding platforms and what’s called optimizing beyond the last click. The award presentation gala was held in New York City.

Eric Vardon is President and Co-Founder of Arcane. Described as a serial entrepreneur, Arcane is just the latest in a series of successful ventures he has launched or led over the past 20 years; lately, he’s been working to launch a machine-learning and AI technology venture called Morphio.ai. He remains “extremely passionate about marketing, creative methods, behavioural systems and buyer consumption.”

A regular contributor and speaker at industry conferences and symposia, Vardon spoke at a Canadian gathering of top digital marketers recently, warning them that to “evolve or perish” are the options for those asking whether it’s worth it to try and keep up with the pace of developments in successful digital marketing these days.

Arcane, already recognized here at home with its ranking on Deloitte’s Technology Fast 50 and the Growth 500 lists, epitomizes Vardon’s obvious passion and his dire warnings with its integrated digital marketing strategy and tactical channel mix that is built on the premise that data increases revenue.

Arcane won that first ever award for a Canadian agency specifically for its work with the Ivey Business School, the business education institution that has grown from its beginnings in Ontario to now have campuses in London, Toronto and Hong Kong. 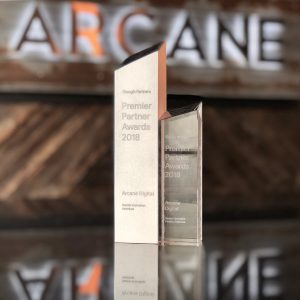 Canadian digital marketing agency Arcane is the first such company to be awarded a Google Premier Partner Award.

“This is a huge achievement,” Lindsay Schneider, Arcane’s CEO, said after receiving the award. “Our partnership with Ivey has led to massive success for both parties. We’ve always strived to put innovation at the forefront of our advertising efforts, so it’s an honour to be recognized by Google for this.”

Arcane’s work with Ivey to refine the school’s digital marketing footprint and drive significant growth for its programs came at an important time not just for the campaign partners, but apparently for the Canadian business landscape as well.

Ivey says there is a gap in learning and development for Canadian executives, and it has launched The Ivey Academy to inform and include strategic decision-making, talent assessment and leadership coaching in its offerings, as well as new programs to address the skills gaps in specific sectors from venture capital investing and healthcare to agribusiness and manufacturing.

Among the specific new courses coming on stream this year, Ivey reports, are Women in Leadership, the Ivey First Time Manager Program, the Frontline Supervisor Program, the Sales Leadership Designation Program, How to Talk to People About Things for Business, and Storytelling with Data.

Arcane of course has many other clients, and among its recent partners is the fast-growing health, fitness and wellness chain called Orangetheory Fitness. It launched its first Canadian site in 2012, and now there are nearly 90. In Q1 this year alone, Orangetheory plans to open 12 new studios across the country, with one in New Brunswick later this year that will see the chain in nine of 10 provinces.

Technology, data and analytics are important parts not only of the digital marketing strategy, but they are important foundations to the actual fitness services offered by the client. 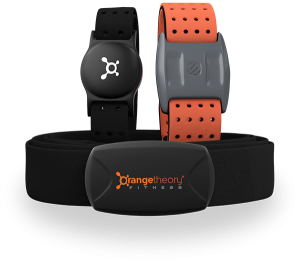 Orangetheory will also launch several new proprietary wearable fitness trackers this year, supporting heart rate-based interval training and real-time fitness tracking. There’s also a new app for individuals use, and a new challenge tracker system that pits multiple users in the gym against each other in a competitive race to better fitness, all monitored and managed by new data tracking technology.

“We are no longer JUST a fitness concept; we have evolved into a fitness and technology company,” described Hifa Maleki, Orangetheory Fitness Canada’s VP of Franchise Development & Operations. “Collecting multiple sources of fitness data points in our Challenge Tracker app in 2019 will allow us to gamify the workouts and utilize competitive nature to drive results.”

Arcane has also led the digital advertising strategy for Australian makeup brand Nude by Nature as it brings its all-natural ingredient product line to the Canadian market; heading the other way, Arcane has also been supporting Vancouver-based Lunapads in that company’s expansion to the U. S., helping position the brand as a global leader in sustainable menstrual products.