Canada has a strong tech economy, and an abundance of college and university programs for aspiring techies, but are there other factors at play in building up the tech talent pool in Canada? 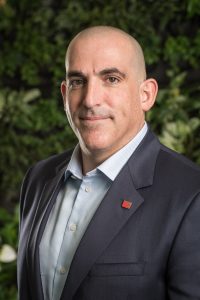 Darren Edery, tech expert and CEO of Adastra Corp, a GTA-based Data and Analytics consultancy, has spent his career using computers and technology to solve meaningful problems in the real world. I recently had the opportunity to ask Edery about tech growth in Canada and the ways forward for cultivating tech talent.

Edery began, “Canada’s economy is undergoing a digital transformation that will continue to alter what the future of jobs and everyday work will look like. For technology, this shift will create solid job prospects and support growth.“

So, what are the driving factors for tech growth in Canada?

Edery responded, “Several factors are shaping Canada’s tech workforce. The country is conducive to recruiting global talent; and as the United States continues to tighten its immigration regulations, Canada becomes increasingly attractive to them. Additionally,” remarked Edery, “many industries are undergoing a digital transformation through artificial intelligence such as mining, agriculture and energy, meaning there is a growing need for tech workers.”

“Toronto is among the best locations for tech firms to settle because of the talent,” said Edery. “However, it doesn’t end at the city limits. The country, as a whole, supports amazing talent. Other noteworthy hubs include Waterloo, Ottawa, Montreal, Calgary and Vancouver, all with an ability to attract and grow tech talent.”

I asked Edery if Canada has enough tech talent to thrive in today’s knowledge economy.

“Yes and no,” replied Edery. “Canada is currently experiencing both a brain gain and a brain drain. Talent is growing thanks to our merit-based immigration system and targeted government initiatives, resulting in an influx of skilled international workers. At the same time, Canada is still losing talent to Silicon Valley, which is home to many top tech companies, venture capital funding and higher salaries.”

“Given the rise of online learning channels and portals such as Khan Academy, Udemy and Coursera, the need for institutional learning has lessened”, Edery explained. “What post-secondary education can provide is critical problem solving skills, and a broad and deep technical foundation to solve complex business problems through technology and data. Canada does have existing support systems that university and college level students are encouraged to take advantage of such as MaRS Discovery District, Ryerson Digital Media Zone and Rotman’s Creative Destruction Lab, as well as a multitude of other accelerators and incubators across the country.”

Edery also remarked on tech mentorship by saying, “Yes, tech mentorship is vitally important if we wish to continue growing Canada’s tech industry. As a large portion of our workforce is comprised of international talent, providing mentorship in prospects’ transition and move to Canada as well as offering guidance is a great way to support internal staff.”

Edery added, “Women, who are currently underrepresented in tech, can especially benefit from early and ongoing mentorship. Greater participation by women in tech careers reinforces Canada’s ability to have a strong tech economy and be a global leader in tech.”