Despite early warnings about climate change that landed more than 50 years ago, the most recent analysis of the current carbon dioxide levels in our air shows dangerous and destructive trends upwards.

Carbon emissions are among the greenhouse gasses that are linked with climate change, global warming and extreme weather.

So while attempts to mitigate the impacts of climate change seem to be undercut by our rising use of the stuff that causes it in the first place, tech advocates and entrepreneurs continue to fight the good fight by developing solutions that seek to reduce the damage caused by carbon dioxide in the atmosphere.

With our attempts to reduce carbon output not working so well, we are left to see CO2 absorption as the next best option.

Also driving the company forward are major successes in raising equity financing and recent awards that acknowledge its achievements so far. 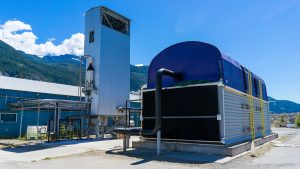 Canadian tech co. Carbon Engineering is expanding a pilot project it has underway that uses the CO2 it removes from the air as a key ingredient in making a clean, alternative synthetic fuel. CE supplied image.

Carbon Engineering is in fact expanding a pilot project it has underway that uses the CO2 it removes from the air as a key ingredient in making a clean, alternative synthetic fuel.

Based on its research, development and predictive analysis, CE says carbon can be captured from the air we breathe for less than $100 a tonne, way down from numbers like $600, $1000 or more than once plagued this nascent green technology sector.

Now, following a similar graph of falling prices for solar and wind technology, carbon capture is a solid and cost-effective part of the green toolkit. 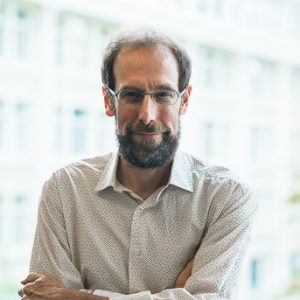 Harvard climate scientist David Keith helped launch the Canadian start-up several years ago and his work has long predicted that technology could reach that cost-efficient threshold of $100 a tonne through an approach known as direct air capture, or DAC.

Keith has been active in climate science, energy technology and public policy for 25 years. He splits his busy schedule between Calgary (he’s a Board Member and Acting Chief Scientist at CE) and Boston, where he’s professor in both engineering and public policy at Harvard. As a technology developer and innovator, he was listed as one of TIME magazine’s Heroes of the Environment in 2009.

More recently, the company he co-founded received Canada’s 2019 Clean50 and Clean16 Awards for its leadership in clean capitalism and sustainability as well as the development of its carbon capture and conversion technologies.

Selected as they were from some 600 well-qualified award nominees, Oldham said “[W]e’re thrilled to be recognized for our contributions to advancing sustainable industry in Canada through our Direct Air Capture and Airs To Fuels technologies.”

Sustainability is at the heart of what we do, he added, describing plans to help create a global carbon-neutral economy as his company continues to develop and commercialize its technology.

A big help there is the successful funding rounds just completed: the $68 million dollars (US) CE just raised is described as the largest private investment to date in technology that captures carbon directly from the air.

But as the team at CE knows full well that once you capture the carbon from the air, you still have to do something with it.

That’s the Airs To Fuels part of the CE solution, and what makes its technology extra-attractive. 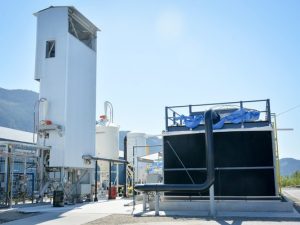 Output from the CE carbon capture process (it does use some water and energy) is a stream of compressed CO2, which can then be used as a low-carbon intensity, clean-burning liquid fuel in other industrial processes. CE provided image.

Output from the CE carbon capture process (it does use some water and energy) is a stream of compressed CO2, which can then be used as a low-carbon intensity, clean-burning liquid fuel in other industrial processes. At its pilot facility in Squamish, B.C., the company is currently pulling some one million tonnes of carbon dioxide annually and converting it into fuel.

Based on studies of carbon capture facilities in Canada conducted by the International CCS (Carbon Capture and Storage) Knowledge Centre, that approach can help reduce traditional electrical load requirements by integrating with existing energy and renewable electricity grids while at the same time achieving capture rates of 97%.

Results of studies such as this and presentations from companies like Carbon Engineering and others will be delivered as an upcoming clean technology conference hosted by the Canadian government. Taking place from May 27 to 29 in Vancouver, the event will bring together scientists, researchers, technology innovators and government ministers from over 25 countries, all with the stated goal of accelerating progress to a clean energy future.

That acceleration is good, even necessary: along with the troublesome study that shows we keep using more fossil fuels, there’s that disconcerting warning from the Intergovernmental Panel on Climate Change that 12 years is all that’s left for us to combat the worst effects of climate change.

And that was last year’s report; it joins many such reports released over the years warning about climate change, fossil fuel usage and carbon dioxide in the atmosphere. 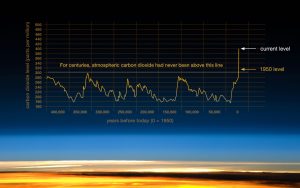 Research continues to show that carbon dioxide levels in the atmosphere are increasing, with our fossil fuel use at least partly responsible. NASA graph.

The Ways Forward for Continued Tech Growth in Canada

More Than Half of Tech Workers Believe They Are Underpaid