Digital technology has made listening to music really easy – we can stream our favourite tunes anytime, anywhere, with just the push of a button on our portable devices. There are literally millions of songs at our fingertips, and we can do billions of downloads a year. 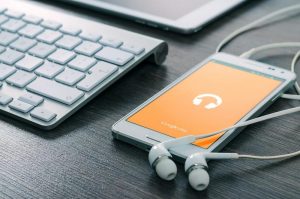 The economic cost of listening to recorded music has never been lower. But the environmental costs may never have been higher. Creative Commons image.

Those are among the findings from a couple of new research studies, one of which is described in a new documentary called The Costs of Music. Currently on a world tour, the film screens in Montreal this month as part of a music industry conference called The Pasts and Futures in Music.

The short, 10-minute film from researcher Dr. Matt Brennan and director Graeme O’Hara is being used as a trigger for public awareness and discussion about the process of creating and distributing popular music.

As Brennan describes it, the point is not to tell us to not listen to music – good thing! – but to help us appreciate the real costs involved in our music consumption.

“We hope the findings might encourage change toward more sustainable consumption choices,” he said, “and services that remunerate music creators while mitigating environmental impact.”

Based in part on a joint study penned at the Universities of Glasgow and Oslo, The Cost of Music shows that listening to music online poses more of a risk to our environment than the use of physical music sources like CDs, cassettes or vinyl LPs!

Brennan, a Reader in Popular Music from U Glasgow, looked into the changing economic costs of recorded music with Dr. Kyle Devine, an Associate Professor in Music at U Oslo, and the environmental impact of the music industry’s (using mostly U.S. figures) use of plastics and greenhouse emissions.

Streaming music may seem accessible and affordable, but they say it is not a not more green alternative and may in fact be worse from an environmental perspective than physical distribution.

Seems counter-intuitive at first, thinking of all the petroleum by-products that go into making a CD, cassette tape or LP (not to mention the packaging and transportation involved).

In fact, yes, trends in popular music formats have reduced the use of plastic over the years: research shows that some 40 years ago (a peak period for the sales of LPs) the recording industry used 58 million kilograms of plastic. In 1988, when cassette tapes took over, about 56 million kgs. were used (when CDs took top spot, around 2000, it went up a bit to around 60 million).

And as streaming music services and digital downloading took over, the amount of plastic used dropped dramatically, to just eight million or so kilograms in 2016. That’s still a lot of plastic, and a lot of petroleum to be sucked out of the ground and a lot of physical material to make, deliver and eventually dispose of. 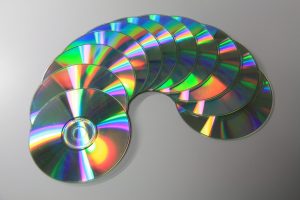 Streaming music may seem accessible and affordable, but research says it is not a not more green alternative and may in fact be worse than physical distribution from an environmental perspective. Wikimedia Commons image.

But while the rise of downloading and streaming made music listening a more environmentally friendly activity in some ways,  a very different message is heard when the electrical energy used to power digital music listening is added in.

It’s not just the listening, of course, but the storing, encoding, processing, routing, transmitting and online sharing of music (and, of course, other digital media content) that uses a lot of energy –and creates a big impact on the environment.

Research shows the production of plastics and the generation of electricity (for storing and transmitting digital audio files) can be tracked and tallied as greenhouse gas equivalents (GHGs).

As co-researcher Devine puts it, “From a plastic pollution perspective, the good news is that overall plastic production in the recording industry has diminished since the heyday of vinyl.

“From a carbon emissions perspective, however, the transition towards streaming recorded music from Internet-connected devices has resulted in significantly higher carbon emissions than at any previous point in the history of music.”

Another research project came to similar conclusions about the digital music dilemma we face today: an analysis of music’s carbon footprint today, written by Deidre McKay and Sharon George, compared the carbon footprint and “greenness” of various music formats, including online streaming.

They are environmental scientists and researchers at Keele University in the U.K. (and McKay holds a PhD from the University of British Columbia.) The authors tracked and quantified the materials used to manufacture physical music formats, noting the amount of PVC material, polycarbonate, aluminum and other substances that not only have a large carbon footprint, but pose big challenges for recycling systems.

But as George and McKay warn, “[e]ven though new (streaming) formats are material-free, that doesn’t mean they don’t have an environmental impact. The electronic files we download are stored on active, cooled servers.”

Putting music aside (and that is hard – no, make that impossible – to do), huge data centres and sprawling server farms are estimated to need three times the amount of power they consume today in order to deliver other online services and content tomorrow, including streaming media, 5G and IoT connectivity, bitcoin processing, blockchain building and much more. Digital media today is as much about big data and cloud computing as it is listening to a great song.

And listen we do – digital audio leads the way in mobile app activity, according to reports: the average U.S.-based adult listens to over 50 minutes of audio per day as part of their average time of some five hours of daily phone usage.

As enjoyable, even irreplaceable, as listening to music is for us, the digital dilemma we face is that the easiest way to do it may well be the least environmentally friendly way to do it.

The researchers do note that adjusting our listening habits may be one way to reduce our environmental impact on the planet: depending on how may times we listen to a certain album, vintage vinyl could be a good physical option. 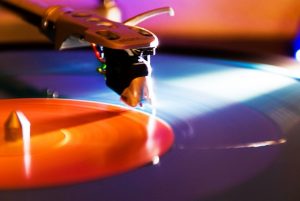 Depending on how may times we listen to a certain album, vintage vinyl could be a good physical option. Concordia Record Day image.

Streaming an album over the Internet more than 27 times will likely use more energy than it takes to produce and manufacture a physical copy, including CDs, they say.

Online music fans will lessen their impact by having most music locally available on their device as a digital file rather than streaming a song every time the need arises.

A Mother’s Truth In Photographs

Different Ways to Back Up Your Computer Data