4K-capable video cameras, artificial intelligence capabilities and wireless connectivity tools are being combined into new products for the automotive sector – and dash cam makers are bringing their latest gear to Canada.

Dash cams are small in size but they have a huge market potential: the global market is expected to reach $5.36 billion (USD) over the next three years, reports Orbis Research.

Driver safety and security is top of mind: collisions, theft and other unanticipated incidents can have staggering consequences, so being able to provide an accurate account of a car accident or vehicular incident can be crucial to settlements and restitution. 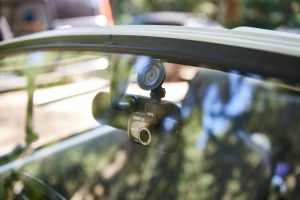 The U.K.’s largest dash cam manufacturer, Nextbase, recently announced its exclusive entry into the Canadian market. One of the top dash cam makers in the sector, the company is rolling out its new Series 2 product line of five separate dash cam models, along with three modular cameras and various accessories.

These are capable video cameras: models boast 1440p HD resolution at 30 fps, with a 140° viewing angle. They have touchscreens, polarizing filters and more.

Among the features, they offer voice-activated control through Amazon’s Alexa, along with AutoSync recording and an Emergency SOS signal system.

In case of a serious accident, the latter uses built-in GPS technology to determine a vehicle’s location, and when necessary, it sends out an emergency message to first responders – even if the driver is unresponsive. When connecting with a Bluetooth-equipped smartphone, the system uses the MyNextbase Connect app to send out SOS signals. 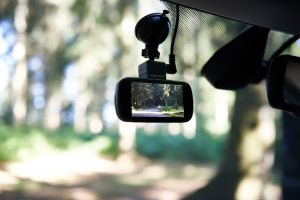 Nextbase also says its dash cams will have Amazon Alexa Auto integration, so drivers can tell their dash cam to save video recordings for future reference, as well as get directions, play music, place hands-free calls and control smart home devices.

In the U.K., Nextbase was the first manufacturer to work with insurers to deliver a ‘Dash Cam policy discount’, so eligible drivers could get their insurance premiums reduced. The company says it is negotiating similar deals in the U.S. and it has the potential to continue these initiatives as it expands into the Canadian market.

(Canadian insurance broker Intact Insurance says ‘dash cam discounts’ are not yet available here, and it adds that, while dash cams could help expedite a driver’s claim by providing unbiased evidence of unfolding events, they do not turn drivers into better drivers.) 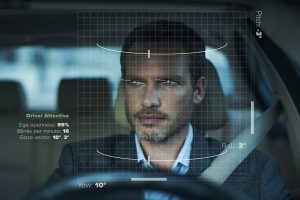 Samsung is among the electronics and automotive companies working on driver drowsiness detection systems.

Which is too bad, of course, but also seemingly, not too far away. Dash cams are becoming smart tech now, as are the cars they are mounted in.

For example, electronics giant Samsung and a visual tech company called Eyesight have teamed up to develop a built-in driver drowsiness detection system.

It’s programmed to recognize and monitor different levels of drowsiness and respond with different alarm levels. Individual and fleet services will be available. 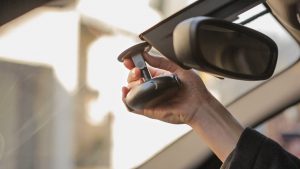 The Vezo 360 mag-mounted dash cam can be removed from the car and used as a scenic action camera.

The Vezo 360 boasts 4K video resolution, and while it has vehicle-specific features (built-in GPS, video uploading and 4G, Wi-Fi and Bluetooth connectivity), the mag-mounted dash cam can be removed from the car and used as a scenic action camera by attaching it to a tripod or other support.

The company began crowdfunding on Kickstarter and products should be available for general sale this fall.

It is always a good time to reduce automobile accidents and related injuries or fatalities so capable products that can make positive contributions should be welcome.

While Canada has seen an overall reduction in serious injuries and fatalities from traffic collisions over the past few years, reports do show that pedestrian fatalities are on the rise.

Attempts to reduce those deaths are laudable, if sometimes ineffective.

More than three years ago, the City of Toronto launched its Vision Zero program, with goals that included eliminating car crash-related deaths and serious injuries by 2021. Vision Zero 2.0 has since been launched, as cycling and pedestrian deaths in Toronto hit an unfortunate all-time high in 2018: 41 pedestrian and five cycling deaths.

Entry-level Smartphone from Nokia Gets You in the Game