Alberta’s oil and gas industry is calling on big data, machine learning and artificial intelligence to boost its output and its income.

The industry has not taken full advantage of data and technology potential, analysts say, for several reasons: a lack of compatibility among data sets; a limited ability to share information across the industry, as well as challenges faced when recruiting tech savvy employees to fill in for an ageing workforce.

But there are capable digital sensors that are dropping in price and increasing in capacity, there are ever-widening online and mobile connectivity options, and ever-greater cloud-based computing power driving an increase in the amount of data that can be collected and analyzed by oil and gas companies. 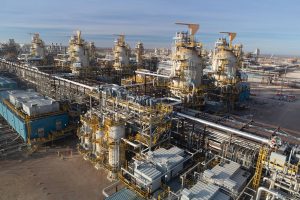 Machine learning techniques and new digital technologies are driving an increase in the amount of data that can be collected and then analyzed by oil and gas companies. Image: Imperial Oil Ltd.

A single drilling rig out in an oilfield or a modern offshore drilling platform can have as many as 80,000 sensors on-board, and they can generate some 15 million gigabytes of data during their lifetime. And while companies spend $200 million to $400 million (USD) to drill a single offshore well, only about a quarter of them will be successful because the decision to drill is made without taking full advantage of the information that data can provide.

“At Imperial, we are taking action to be a leader in advancing digital and AI technology across the value chain,” John Whelan, Imperial’s senior vice-president, upstream, said when the program was announced. “Amii is not only a leader in the AI space globally, but based locally in Alberta. We believe the institute is a perfect partner to help us showcase Alberta’s leadership in technology and digital solutions for responsibly-produced oil and gas.”

Originally founded as part of the Department of Computing Science at the University of Alberta, Amii spun-out as a not-for-profit in 2018. It’s received support from a number of other organizations and governments in Canada, including the federal governments Pan-Canadian AI Strategy, administered by CIFAR. One of three centres of excellence in Canada’s national AI Strategy, Amii seeks to growth all sorts of businesses and industries through machine intelligence. Amii and CIFAR regularly offer deep learning classes and artificial intelligence training and development programs at the University of Alberta in Edmonton.

Imperial Oil Limited is one of the industry’s leading players, and from its perspective it is doing just fine in Alberta, thank you very much: in its second quarter 2019 financial and operating results, the company boasted it reached its highest second quarter production in over 25 years, leading to a net income of $1,212 million, including a significant $662 million benefit from the Alberta corporate tax rate change.

Although the company has announced a year-or-more delay in one of its major development projects in Alberta, it has given the green light to another project, one of the first new oil sands developments to be approved since 2013.

According to Imperial, its approved Aspen project is expected to produce 75,000 barrels of bitumen a day, driven by next-generation oil sands recovery technology said to reduce greenhouse gas emissions intensity and water use by up to 25 per cent. 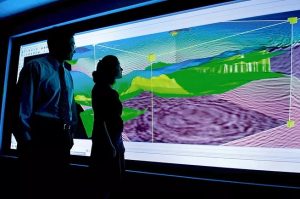 Oil company Repsol and IBM are among the players applying machine learning techniques and digital technologies to oil and gas exploration activities as a way to boost “oil reservoir production and … the acquisition of new oilfields.” Image: IBM.

(The company’s board of directors also recently announced the appointment of Brad Corson as president, effective September 17. The U.S.-born Corson, with the company since 1983, will take on the role of Imperial chairman, president and CEO in the new year.)

All the while, Amii will provide business guidance and scientific mentoring to help build Imperial’s in-house machine intelligence capabilities and teams as part of the new project. Amii will help define and validate machine learning opportunities, provide assistance with applied projects and connections to the latest applicable AI research, and it will also support Imperial in attracting and developing its technical teams with an emphasis on enhancing the skills of current employees. 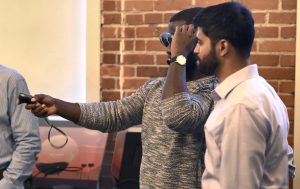 At Imperial’s Digital Accelerator, the latest cohort of Junior and Senior Data Scientists are now working with digital technologies (including AI) to solve complex problems across the company’s oil and gas operations, looking for ways to enhance both conventional oil recovery and newer thermal extraction processes.

For the oil and gas sector, there’s a potentially big payoff from big data: as much as $1 trillion in aggregated value is anticipated by industry analysts, including benefits worth about $640 billion for wider society, said to include some $170 billion of savings for customers, roughly $10 billion of productivity improvements, $30 billion from reducing water usage and $430 billion from lowering emissions.

With those potential profits come potential risks, say environmentalists opposed to increased oil production. Development of the oil sands, or tar sands as many call it, is “the world’s most destructive oil operation”.

5 best alternatives to the Apple AirPods