The benefits said to come with the arrival of the new 5G wireless communications platform − increased transmission speeds and decreased latency among them − will face some speed bumps on their way to Canada.

All and more may conspire to slow down 5G rollout in Canada (there are a handful of 5G test bed sites across the country now operating in pre-commercial trials, but a year or more will pass until commercial networks are up and running). 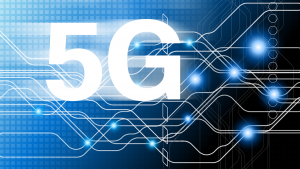 5G data transmission speeds can be as much as ten times faster than current 4G offerings, and that’s going to open up some significant market opportunities. Cisco image.

Promised 5G data transmission speeds can be as much as ten times faster than current 4G offerings, and that’s going to open up some significant market opportunities.

5G also promises significantly reduced latency (the lag time between a device’s request for data and the delivery of that data); 4G latency is about 30-45 milliseconds; 5G is showing off a one to 10 millisecond lag − but that’s fast enough to open up a world of real-time, always-on wireless applications for consumers and businesses using 5G.

Many of the benefits target the consumer market, but the protocol’s full potential may lie in business and enterprise adoption.

Companies will find it faster and easier to reach applications and data in the cloud. Electronic communications of many kinds will be possible without a dedicated hotspot. Remote worksites or secondary business sites can be connected via 5G without the need for expensive fibre installs. Delicate or sensitive activities that must be conducted with real-time feedback and control (anything from operating a construction crane remotely to operating on a hospital patient remotely) will be enabled by the speed and responsiveness of 5G wireless transmissions.

As mentioned, it could be a year or more until the initial improvements touted by 5G proponents are actually available to consumers, and a number of challenges remain in place before the service is universally available.

One is our government (some might say lack thereof): a new Cabinet has not been named, no Ministers have yet been appointed, Parliament may not sit this year; that means 5G reports and studies initiated by the previous regime are suspended, including two separate reviews of Canada’s 5G posture initiated by former Public Safety Minister Ralph Goodale (not only was his government reduced to a minority, Goodale himself was not re-elected). 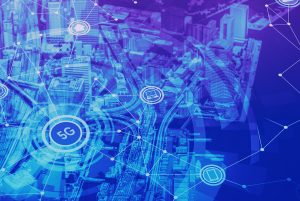 Huawei has been active in Canada for several years, having made significant investments and inroads here. Huawei image.

His department was looking into issues surrounding the 5G roll-out in Canada, including public safety and state security matters related to the giant Chinese tech company and 5G equipment provider Huawei.

Huawei has been active in Canada for several years, having made significant tech investments and inroads here, yet a senior company executive has been arrested and detained here pending extradition and Canadians have been warned to not proceed with Huawei 5G infrastructure.

Huawei has been providing networking equipment to leading telecom firms here, but important Canadian allies such as the U.S., Australia and New Zealand have outright banned Huawei from providing 5G equipment to them. Telus and Bell have both said a possible Huawei equipment ban in Canada would be costly but would not impede their 5G roll-out plans, and there are leading global telecom firms like Cisco, Nokia or Ericsson that are ready willing and able to move Canadian 5G adoption along.

5G transmissions also need specific spectrum and bandwidth to operate, which Canada does not now have. The previous government announced auctions for the necessary 3.5 MHz spectrum will be in 2020, while a so-called mmWave auction won’t be staged until the following year. How those spectrum auction plans are affected by the priorities and policies of a new government have yet to be determined. 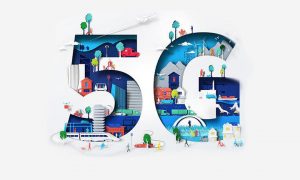 Network security administrators are already calling for a unification of security policies and procedures to deal with potential threats from 5G. Nokia image.

And because 5G operates in a unique transmission environment (one with higher frequencies, greater bandwidth, broader spectrum ranges, greater device density), it will require more antennae to relay signals around. Some say a repeating 5G antenna needs to be mounted every 125 metres or so; some estimates anticipate an industry best practice of every 20 to 40 metres.

Having so many tracking stations means an increased ability to pinpoint the location of a particular device (or person). That opens the door to the collection of very large data sets that can be aggregated and analyzed for various reasons, leading to concerns that a continued loss of personal data control and a reduction of informed consent in the public sphere will result.

The plethora of network devices and transmission stations on a 5G network also means that many more new entry or access or potential hacking points exist on the network.

So 5G network security administrators are already calling for a unification of security policies and procedures to deal with the potential threats. Common practices and security precautions for all access points should be in place ahead of time, they say, with established procedures for automatic updating and upgrades.

There are calls for a “zero-trust security model” to be applied to 5G development, and that says just about all one needs to know about the system’s vulnerabilities: zero trust means no one, either inside or outside the network, is trustworthy enough to request data at any point on the network without full authorization, authentication and verification each and every time.

Of course, there are those who wish we would not use 5G at any time.

They are worried about the increase in personal health and safety risks presented in the 5G environment.

Scientists from countries around the world have long warned about health problems associated with wireless radiation and electromagnetic fields (EMF), so the increases in density, transmission and capability of 5G only increases their concerns about human exposure.

“We have no reason to believe 5G is safe,” writes the director of the Center for Family and Community Health in the School of Public Health at the University of California, Berkeley.

Joel Moskowitz and his colleagues have conducted research on wireless radiation health effects since 2009 and their review paper found long-term cell phone users were at greater risk of brain tumors.

Along with other studies and reports that describe radio frequency transmissions as possibly carcinogenic, there are reports describing harmful electromagnetic effects on health overall.

Of course, there are reports that deny such linkages. Both sides criticize each other by pointing out bias, lack of balance and highly selective data choices. As with two sides of one coin, there are papers that describe potentially harmful and potentially beneficial impacts of EMF exposure.

While much research and many published reports do convey concerns about electromagnetic signals causing damage to DNA, there is no uncontested evidence of its carcinogenic impacts. But the full impact of electromagnetism, in all its various flavours, has yet to be fully explored: there is a real lack of information about the cumulative effect of exposure to multiple wireless frequencies, bandwidths, intensities and time duration.

That adds to the worries of those who warn and even protest against 5G technology.

For example, the recent rallies held in Ontario by a group known as Kingstonians for Safe Technology (K4ST), during which medical and industry speakers shared their concerns about the rollout of 5G technology.

Pushback from other quarters has been growing, and many who spoke in Kingston also participated in an earlier event in Toronto, during which doctors who treat patients suffering from over-exposure to wireless radiation recommended that the Ontario Government take steps to protect public health before the rollout of 5G.

“My clinic is already assessing patients from across Ontario who are sensitive to microwave radiation from their wireless devices including cell phones, Wi-Fi, and an increasing number of smart appliances,” Dr. Riina Bray, Medical Director of the Environmental Health Clinic at Women’s College Hospital, said during the spring conference. “We expect 5G to add to this burden.”

Bray and other speakers at the event advised the province that increased negative impact on human health and the increased health care costs they anticipate from 5G technology implementation can be avoided if precautions are taken.

That’s good, as there is time before the 5G rollout actually comes.

PR Behind the Consumer Electronics Show