Tech industry plans for the roll-out of 5G wireless transmission technologies are bringing new business opportunities, marketplace concerns and even calls for a complete moratorium on delivery due to concerns for human health.

The 5G (the fifth generation of wireless technologies) platform is said to be faster and more capable than current systems. It will support new business services and enhanced consumer experiences like IoT-connected gadgets, driverless cars, immersive 4K video, augmented and virtual reality, and more. But that increased capability comes with increased risk of electromagnetic radiation exposure, impact and possible illness.

5G-enabled devices are due this year or early next, corresponding with some of the first announced plans (from AT&T in the U.S.) to roll-out 5G network service in as many as a dozen cities by the end of 2018, utilizing 600 megahertz and providing simultaneous 4G and 5G bandwidths. 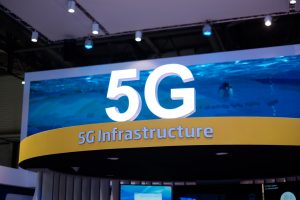 Here in Canada, Telus (working with its 5G tech partner, Huawei) has said that “5G wireless technology is expected to become commercially available beginning in 2020.”

Rogers has its 5G tech partnership with Ericsson, and it has announced 5G trials are underway in Toronto (at the Rogers Centre) and other Canadian cities.

(Among the hurdles for 5G roll-out in Canada: the agency responsible for allocating wireless spectrum has not announced a date, as yet, for the auction of 5G-capable real estate in the 3,500 megahertz band, aka 3.5 gigahertz. The Department of Innovation, Science and Economic Development said previously that the timetable for the next spectrum auction would be tabled this summer.)

As the wireless industry itself explains, members are working together to figure out exactly what the future looks like, and which technology solutions will do the most to enhance their offerings.

It’s said that the seemingly unending consumer demand for bandwidth can only be met by using new spectrum, with higher frequencies (millimeter waves) than previously used (radio waves).

One of the problems with millimeter waves is that they do not travel well through buildings – or trees and rain, for that matter. So 5G delivery will need more than the ubiquitous cellular towers – it will require small cells, and lots of them.

Small cells are like low-powered relay stations. But so many are required for robust 5G delivery that certain physical areas (rural locations) will be hard to serve, and high traffic areas will be inundated with them.

But using multiple individual transmitters or relays means transmission waves may bump into each other, causing data echo if not outright loss.

So, the industry says MIMO devices are a solution. MIMO, for multiple-in, multiple-out, describes wireless systems that use two or more sync’ed transmitters and receivers, and dozens of antennas, to support high data throughput.

In its 2017 report on basic 5G technology, the IEEE concluded that “If they can solve the remaining challenges, and figure out how to make all these systems work together, ultra-fast 5G service could reach consumers in the next five years.”

Perhaps not surprisingly, with all the talk of new wireless transmission systems, multiple antennas and powered relay stations, concerns about the increased radiation from a new techno-ecosystem and its implications for human health are proliferating as well. 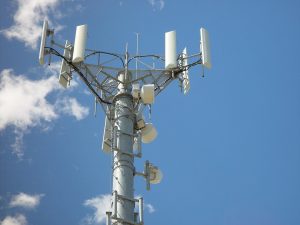 Because 5G delivery will require extensive use of cell towers and small cells, critics says, it will be nearly impossible to escape wireless radiation. The number of reported cases of electromagnetic-sensitivity and connected device usage, already necessitating more treatment and care facilities, is expected to increase as a result.

The responsible course of action, they say, is to defer 5G deployment until complete environmental and biological testing is done by independent entities.

Interestingly, there are also calls for an opt-out clause regarding 5G technology. Purchases or users of devices like smart cars and appliances should have a choice to use or not, as there is for some online service offerings.

It was almost a year ago now when 180 scientists from around the world signed a petition calling for the 5G roll-out moratorium until the health effects of the networks are better understood. They’re speaking in particular of the European Union, but scientists and researchers from further afield (including Canada) say that “5G will substantially increase exposure to radiofrequency electromagnetic fields, or RF-EMF, on top of the 2G, 3G, 4G, Wi-Fi, etc. for telecommunications already in place.”

RF-EMF has been proven to be harmful for humans and the environment, they say, and there are numerous dangers and health implications coming with a move to deploy 5G technology, hence the calls to help diminish or reduce harm, and to reduce exposure to electromagnetic, radio and or microwave radiation devices.

Among the Canadian 5G moratorium signatories is Frank Clegg, a former president of Microsoft Canada and the CEO of an organization called Canadians for Safe Technology (C4ST); Paul Héroux, Director, Department of Epidemiology, Biostatistics and Occupational Health at McGill, and Anthony Miller, Professor Emeritus at Dalla Lana School of Public Health, University of Toronto.

In addition to these and other individuals, organizations such as the Environmental Health Association of Manitoba and Electromagnetic Pollution Illnesses Canada Foundation (EPIC) are among those that have signed on to various petitions and statements of concern over wireless radiation and 5G technologies, as well as providing repositories of information about such topics.

5G capable smartphones, when they arrive, will be packed with features – including as many as sixteen antennas to help transmit lots of data on both legacy and new wireless networks. Provided image.

Writing more broadly about radiation (ionizing and electrical and magnetic fields) and its impact on cancer, Professor Miller is unequivocal: “It is important to recognize that there are no safe levels of exposure to human carcinogens. Risk increases with increasing intensity of exposure, and for many carcinogens, even more with increasing duration of exposure. The only way to avoid the carcinogenic risk is to avoid exposure altogether.”

In response to concerns stated by physicians, scientists, researchers and non-governmental agencies concerned about wireless radiation, Health Canada has issued several reports and reassurances that address the anticipated 5G wave and the potential health concerns it has identified:

“Forthcoming 5G technologies will use the millimeter wave frequency band (6-100 GHz), of which the RF field absorption will occur mainly in the upper 1-2 millimeters of tissue. In this case, the primary health concern is related to the elevation in skin/eye temperature in response to such exposures. The current recommended exposure limits in Safety Code 6, in terms of power density for frequencies above 6 GHz, will effectively maintain both localized and whole body average temperatures far below the threshold for thermal damage to the skin or eye…”

Further descriptions of the safety standards and exposure limits set by Health Canada in 2015 come with the caveat that measurements are “averaged over any 6 minute reference period” – a timeframe not necessarily the most accurate when reflecting cell- or smart- phone usage these days.

Nor that best reflects the anticipated on-set of more powerful 5G technologies, whenever that may be.