At a time when staying at home and connecting online is so ubiquitous, a suite of Canadian tech companies and platforms are supporting both activities while making waves with Vancouver-based Liquid Media. 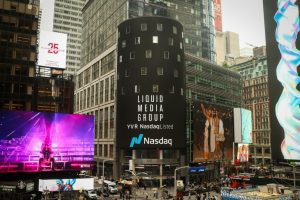 Companies like Vancouver’s Liquid Media are achieving great success by working with multiple partners in the region. Investors Observer image.

Liquid Media Group Ltd. is one of the many companies operating in that city’s thriving media, tech, and entertainment supercluster; among its activities, Liquid Media supports storytellers and media-makers worldwide as they develop, produce and distribute their content across existing digital channels and emerging new platforms.

Recent trends and global events have only increased our appetite for good streaming content across video, music, and gaming platforms. The global video streaming market, estimated to be over $66 billion (USD) last year, is expected to reach close to $185 billion by 2027.

So when Liquid Media made its recent acquisition of a portfolio of streaming media assets, it made perfect sense.

The acquisition included the SVOD (subscription video on demand) channel known as Slipstream, which highlights action sports content, as well as the streaming platform known as Reelhouse. 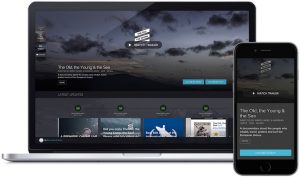 The popular streaming platform known as Reelhouse is both a multi-channel content service and a creative community. Reelhouse image.

Reelhouse.org is a unique video content platform and creative community that empowers filmmakers with complete control of distribution, electronic sell-through opportunities, and the latest monetization, social networking, and showcasing features and functions.

“With our mission to empower creative professionals, acquiring these assets solidifies our e-commerce platform capabilities,” said Daniel Cruz, CFO of Liquid Media, when the acquisition was announced. “Vancouver is a supercluster of content production and we look forward to deploying these new tools to the community.”

The Reelhouse platform has already been deployed to support the two-day New Faces New Voices 2020 Film Festival, where filmmakers connect with paying audiences so they can watch and socialize in real-time. 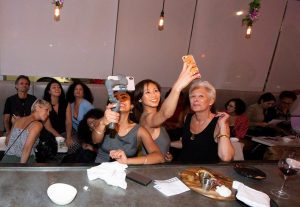 Participants at the New Faces New Voices Film Festival are always making movies! NFNV is known for highlighting filmmakers of colour, female filmmakers, and members of the LGBTQ+ community, among others. NFNV image.

NFNV is known for highlighting filmmakers of colour, female filmmakers, members of the LGBTQ+, and disabled communities, including works by underrepresented communities and military veterans. The festival dedicates itself, and most of its content, to fighting for social justice and being a voice for the voiceless.

(Interested participants or contributors take note: a series of deadlines are fast approaching for the upcoming festival.)

“As our organization has traditionally centered around a live festival format, social distancing has spurred us to get creative thinking about new ways for New Faces New Voices to continue its mission,” added Festival Manager Cailin Kless.

“It was very important to us to find a platform that would not simply host our content but would evoke the excitement and interaction of an evening at the movies together. We are so thrilled to have Reelhouse providing an attractive, user-friendly virtual space to socialize and celebrate our filmmakers.”

To help ensure that Reelhouse meets its objectives and those of its filmmaking community, Liquid Media is now working with two top digital agencies in Vancouver, Invoke and Arkitek/Creative.

Invoke is a place where other Vancouver companies can get their start: it is a collaborative agency where product and vision development services, innovation teams, and creative technologists come together to launch products, services, and companies. 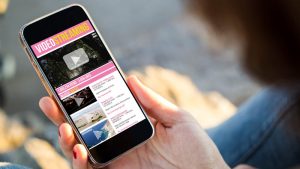 Video streaming and social media are popular platforms these days; they will only become more so, and Vancouver’s Liquid Media and its partners are working to succeed on both. Reelhouse image.

As Sonu Purhar, the owner at Crafted INK, noted in a social post:

“Super excited to share this! We have been tasked to rebrand streaming platform Reelhouse — owned by Liquid Media Group — with Arkitek Creative and Invoke, creators of Hootsuite. Ready to make history!”

With all its connections, content, and channels, this suite of Vancouver-based tech companies surely seems well-positioned to make Purhar’s prediction come true.

Next-Gen 9-1-1 Tested in Ontario, Roll-out Deadlines Delayed Due to COVID-19