The roll-out of new next-generation emergency phone services in Canada, aka NG 9-1-1, has been delayed due to impacts wrought by the coronavirus pandemic and the spread of COVID-19.

Nevertheless, key implementation steps are still being taken, among them the first emergency test call in Ontario using a next-generation 9-1-1 platform.

There much work to be done, even so. Telecom providers and telephony agents across North America have been preparing for the transition to the next generation of emergency systems since 2000, as the opportunities to enhance the emergency response system in a digital transformation became more and more apparent.

First and foremost, the ability to improve outcomes in emergency situations, including life-threatening ones.

NG 9-1-1 will support emergency communications that may not originate as a typical 9-1-1 phone call, but rather as an electronic request from a mobile device or an Internet of Things (IoT)-connected gadget.

NG 9-1-1 will incorporate a Text Messaging service that Canadians can use to request emergency assistance using Real-Time Text (RTT), a protocol under which the text message is transmitted instantly as it is typed.

The ability to provide both voice and SMS services, as well as precise geo-locating of the emergency caller (a person or persons in distress), is seen as a benefit for all concerned, from the user to the service provider, from front-line responders to government policy-makers, technologists, carriers and more.

Eventually, NG 9-1-1 platforms will support not only voice and text, but also video, files, telematics information, and rich data about the call, caller, and location.

When the first words uttered by Alexander Graham Bell were heard during his successful phone test nearly 150 years ago, it opened the door to a world interconnected by – and rather dependent on – the telephone.

But, as Allan Mendelsohn, Principal Consultant, and Public Safety Practice Lead, at test partner Avaya, noted, some parts of the system have lagged behind: “For an entire generation, 9-1-1 systems and operations have remained mostly unchanged while communications technology such as the Internet, cloud, and mobility have raced ahead. We all have a role to play in realizing the vision for NG 9-1-1 in Canada.”

(That generation of unchanged 9-1-1 services Mendelsohn references has been through several evaluations and consultations, if not actual evolutions: WhatsYourTech.ca asked nearly eight years ago if Canada’s 9-1-1- service was facing an emergency of its own.)

Now, telecom providers Avaya and Komutel, in collaboration with Combat Networks, Bell Canada and the Ontario Provincial Police (OPP), have conducted their first test of the new system, and like Mr. Watson, they too successfully ‘got the call’ when the existing Bell emergency 9-1-1 network was linked to a new Komutel-Avaya call-processing architecture.

The companies involved in the test are among those multi-sector partners brought together by the Canadian NG 9-1-1 Coalition, which released the following statement:

“The promise of Next Generation 9-1-1 (NG 9-1-1) is not just about updating current 9-1-1 call centres. It’s about disrupting the current paradigm, and rethinking the way emergency communication centres connect citizens with responders, and with the best available information and tools.”

Effective handling of 9-1-1 calls usually starts at what is known as a Primary Public Safety Answering Point (PSAP) where calls are triaged before transfer to the appropriate Secondary PSAP that will take the lead in responding to the incident. During the NG 9-1-1 test, a sample call originated from the Bell Canada Emergency Services IP network (ESInet), was carried to the OPP General Headquarters in Orillia where it was transferred across the new network to a PSAP in Quebec. 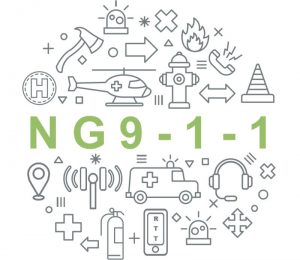 There are approximately 300 Public Safety Access Point (PSAPs) across Canada; together, Komutel and Avaya serve most of them.

“Our team members have been active participants and contributors to CRTC Emergency Services Working Group (ESWG) for several years, which uniquely enables us to partner with PSAPs in order to implement NG 9-1-1 solutions as envisioned for Canada,” Komutel President Yves Laliberté explained.

“We have combined our technical expertise and collective portfolios with a best of breed approach to helping public safety agencies and their Public Safety Answering Points (PSAPs) evolve from Basic 9-1-1 (B9-1-1) and Enhanced 9-1-1 (E9-1-1) to Next Generation 9-1-1 (NG 9-1-1).”

The fact that emergency response opportunities are expanded by next-generation system capabilities presents a great opportunity to better assess the severity or complexity of a situation, review potential responses more quickly, and make appropriate decisions more appropriately. This is something now being called for during the anti-Black racism demonstrations and defund the police protests now raging across North America.

Is it possible we will still be waiting for a resolution to such issues in 2024?

As the test partners and telecom providers see it, the new NG 9-1-1 technological infrastructure, along with a best practices system of monitoring, managing and responding to emergency calls, will enable any public safety agency to take the needed and necessary steps to save lives and more quickly provide people with the emergency services and supports they need. 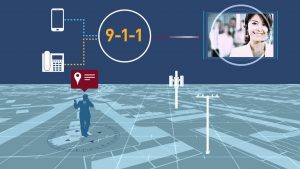