No, not everyone is on the Internet.

Despite breathless marketing and social media pitches about connecting the whole world, nearly half the global population does not have what we would call “good Internet service.” And while ubiquitous connectivity may be a lot of hot air right now, getting the rest of the world connected could rely on filling up some big balloons.

Many of the unconnected are here in Canada – rural and Indigenous communities are particularly underserved – but worldwide, many regions are in fact well below a 20 percent threshold. 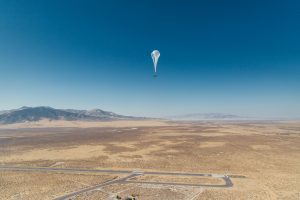 The idea of “floating cell towers in the sky” has captured corporate imaginations at Alphabet conglomerate as one way to extend mobile Internet and telephony services. Loon image.

Of course, doing cable drops in many of these regions is a financial if not a physical challenge; so, too, installing cellphone towers to cover hundreds of square miles of thinly populated terrain.

But the idea of “floating cell towers in the sky” is one that has captured corporate imaginations at the high-tech Alphabet conglomerate (among its subsidiaries, Google) as one way to extend the service footprint of a mobile network operator. Those towers could float on the back of a balloon.

So from almost experimental beginnings, a new corporate entity known as Loon has been launched by Alphabet, and at this week’s Mobile World Live industry conference, Loon is both a major presenter and high-level sponsor.

The conference, subtitled Connecting the Next Four Billion, will see Loon present a technical white paper about its high-altitude, technology-laden balloons and their capacity to deliver digital connectivity worldwide. It will present a strong business case for a multi-billion dollar global market for such services, spanning telecommunications, high-resolution earth observation, weather prediction and modeling, and more.

And while some would suspect that the services are most needed in developing countries such as Peru, Sri Lanka, Puerto Rico, the Democratic Republic of Congo, and others (all countries where Loon has flown), cellphone users on Vancouver Island might be included in that needy group. 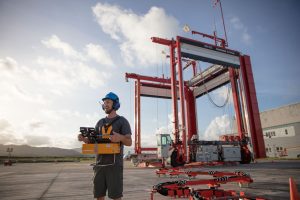 The island does have notoriously unreliable cellphone service, and so reports of a solar-powered hot air balloon hovering some 20 kilometres up made a certain sense. The experimental balloon was confirmed as one of several belonging to Loon; the same balloon was apparently tracked over Mexico about a week earlier and over the Caribbean a week before that, according to FlightAware.com.

The balloons can stay aloft for months – the current flight record is 223 days. They’re powered by solar panels and a rechargeable battery system; each balloon has two main radio transceivers including broad-coverage LTE for user connectivity and a high-speed directional link for telemetry.

Launched from the United States, the balloons can navigate around the world by sailing on winds in the stratosphere. They can be steered by adjusting the helium and oxygen levels ratio to raise or lower the balloon to where stratospheric winds are blowing in the direction they need to go. There is, of course, a Loon Mission Control, where automatic planning algorithms and human oversight are also brought to bear.

Once above a location needing service, the balloons are arranged in small clusters to provide connectivity on the ground. The LTE or 4G type Loon service supports data, voice, SMS, and USSD, a mobile financial protocol. Users do not need to do anything special to connect to the service, the company describes; they will connect just as they would to a normal cell tower. In fact, it’s unlikely that a user will know that they are connected to the service provided by a high altitude balloon, except for the fact that they may have a signal in a location where it previously did not exist.

Even so, the appearance of a large, sleek, silvery balloon overhead or on the ground, following a ‘landing’, can cause concern if you do not know about the connectivity it brings.

According to a Reuters news report, an unidentified flying object that parachuted into dense Congo jungle caused confusion for nearby residents and local authorities, who detained two people for questioning until Loon’s parent company Alphabet confirmed the device was an Internet balloon. 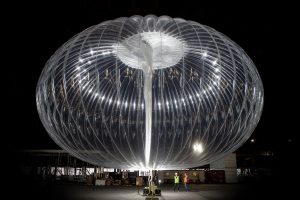 All You Need Is… Quantum Cloud from Canadian Tech Startup Xanadu

Digital Health Assessment at Your Fingertips