It’s not quite the secretive Camp X of WWII fame, but the new Area X. O is a high-tech, highly wired, advanced environment for developing and testing drones, cars, and more.

With both public and private vehicle test facilities, Area X.O is also equipped with an advanced telecommunications and networking infrastructure that positions it as a uniquely integrated test facility. 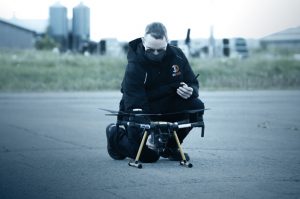 Recently, this innovation hub, located outside Ottawa, received an additional $7 million dollars in government support to fuel the development, testing, and validation of connected and autonomous vehicles (including cars and drones empowered by artificial intelligence), intelligent transportation systems, and other smart city solutions.

The idea is that robust evaluation is but one important way to ensure the safe and secure adoption of advanced technologies across different sectors, including retail fulfillment, telecom, agriculture, military and defence, security and public safety, urban operations, and more.

Although it was previously known as the Ottawa L5 Connected and Autonomous Vehicle Test Facility, Area X.O will now venture beyond cars to work on drones, more formally known as Remotely Piloted Aircraft Systems, or RPAS.

That’s RPAS with AI, in fact: artificial intelligence-enabled drones have the ability to automatically detect certain objects, such as during search and rescue operations.

Working with B.C-based drone specialists InDro Robotics, and in partnership with Microsoft Azure IoT services, drones are being machine-learned to recognize emergency situations, for example, to identify objects (like a missing or damaged watercraft) in large bodies of water,  and establish communication links between boats, rescue squads and control stations.

Government agencies involved in the investment, such as FedDev Ontario and Invest Ottawa, also describe the advanced network technologies at the Area X.O test site, as well as an additive manufacturing (3D printing) platform for specialized prototyping. 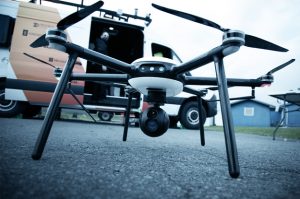 Applications and uses for drones being explored at Area X.O include a robust safety and security portfolio. Area X.O image.

It’s been popular to consider the potential of drones in the retail consumer shopping and delivery space, and while tests enhancing the search-and-rescue capabilities have been conducted, the many possible applications being explored at Area X.O also include a robust safety and security portfolio, which pictures using drones for patrolling at-risk areas, monitoring and analyzing crowd behaviour, observing and inspecting border areas and more.

Even more controversially, drones and related technologies with a Canadian connection have been alleged to have been used in global conflicts, such as the war in Yemen or recent fighting in Armenia. Advanced reconnaissance and surveillance systems with high-definition imaging capabilities manufactured in Ontario (not Area X.O) are important tools in the drone arsenal.

There are also somewhat more benign concepts for using drones: predicting the weather.

More specifically, sophisticated meteorological measurements can be taken by appropriately-equipped drones. They monitor air pollution and airborne particulates, they map cloud and plume from eruptions or other geological activity, and they detect dangerous gasses in the air as a result of industrial emissions of accidents. 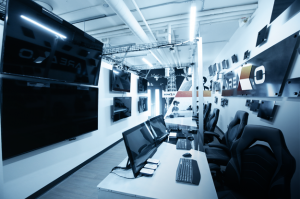 High-tech command centres, either mobile or fixed, can be used to remotely monitor and control drone flights. Area X.O image.

As much as Area X.O is a fixed location for drone development in Canada, the project includes a fully functional mobile command centre so that testing could be conducted almost anywhere, especially in smaller communities or regional areas where validating a potential solution must take place in situ.

The Area X.O mobile may not travel that far west, however: that’s where, as we have previously reported, Calgary has established its own centre for testing commercial drones and autonomous aerial vehicles on a 50-hectare industrial site.

Such efforts may have helped Calgary-based drone service provider Canadian UAVs get the first commercial Special Flight Operations Certificate (SFOC) to fly beyond visual line of sight (BVLOS) in unrestricted general aviation airspace, meaning that multiple drone itineraries could be controlled centrally from a remote operations centre, be it in Calgary, Ottawa or elsewhere. 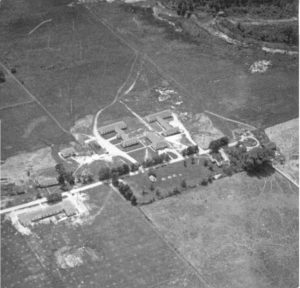 Camp X was the unofficial name of a secret Special Training School operated during the Second World War where covert agents were schooled in spycraft and clandestine operations. Ian Fleming, creator of the James Bond series, attended for a time; so, too, the spymaster with the code name Intrepid, later Sir William Stephenson.

High-tech developments were a big part of Camp X: a highly sophisticated telecommunications relay station and antenna system was operated there, among other secretive technologies.

The facility, near Whitby/Oshawa, ON, was a joint operation of the Canadian and British military, along with their respective police or secret service agencies. It closed before the war ended; the buildings were eventually removed and pretty much all that remains is a monument and plaque at the site.

Streaming TV in Canada: What Are The Options?

Work Life Balance: Better or Worse in a Pandemic?