A new study underway in Canada is testing just how fast your Internet is. Broadband speeds provided by many different ISPs (Internet Service Providers) across the country will be monitored by a Internet research and monitoring company based in the U.K.

SamKnows, a global Internet measurement company, is looking to measure the largest ISPs and fastest packages offered in Canada. Subscribers who want to participate can apply online, providing the measurement company with details about their current ISP and the tiered speed plan they’re on (info that’s available on your bill if you’re not sure). 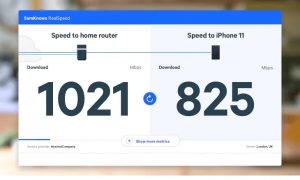 The Internet speed testing service offered by SamKnows is similar in features and functions to the app the company offers on the App Store.

SamKnows says it will evaluate any applications received: it is looking for participants who meet its sample and test requirements, mostly Canadians with top-tier Internet packages. An email address and a password act as log-ins to an account and a SamKnows One dashboard where monthly stats are shown. Participants will also be emailed a monthly e-report card, the company describes.

The Internet speed testing service offered by SamKnows is similar in features and functions to the app the company offers to individuals who want to run their own test: SamKnows – Test Your Internet.

Measuring home Internet performance characteristics (upload and download speeds, page loads, buffering or throttling, latency, etc.) is seen as one way customers can keep their ISP accountable and hold them to their advertised promises of performance. It’s also a way for ISPs to check and confirm that customers are really getting the top speed supported by the company infrastructure that’s in place. And such reports are useful to the government, and the legislative body (CRTC, or Canadian Radio-television and Telecommunications Commission) which sets forth operating criteria for the country’s telecommunications providers. 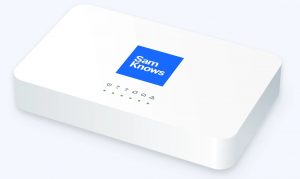 The “Whitebox” is a proprietary device that connects to home routers and measures speed, latency, and application performance.

If selected and approved for the free Internet speed test, participants will receive a free SamKnows Connected Home Kit (said to be worth approximately $100 CAD) that monitors in-home Internet performance and online experiences. The kit included what is called the “Whitebox”, a proprietary device that connects to home routers and measures speed, latency, and application performance.

(I’ve sent in my application, and am waiting to see if I’ve been approved for the test.)

The Whitebox doesn’t monitor what you do online, the manufacturer describes, saying it only tests the performance of a connection when it is not in use. The data it collects is anonymous, encrypted, and securely stored.

SamKnows has conducted Internet speed tests in Canada before. In 2015, the company partnered with the CRTC on a two-phase broadband measurement project. The data collected (some 5,000 Canadians from across the country participated) was said to inform CRTC policy, improve consumer knowledge about their online services and enable ISPs to improve broadband delivery to existing and new customers.

The first phase wrapped 2016 (and a report was issued on the finding up to that time); the project’s second phase was launched in May 2019, with testing occurring in October 2019.

The majority of ISP service offerings, regardless of the access technology in use, met or exceeded their advertised speeds, but there were some notable exceptions in performance, as outlined in the Measuring Broadband Canada report (an activity separate from the CRTC’s Broadband Fund). 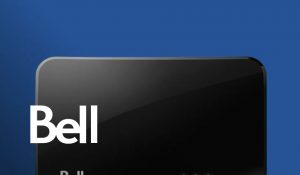 The CRTC recently noted that future policy decisions would be informed at least in part by Phase Two data analyzed and summarized in a June 2020 report.

“Over the last few months, Canadians have relied on their Internet services for nearly every facet of their daily lives as they avoided unnecessary trips outside of their homes. While the data was collected prior to the COVID-19 pandemic, we are encouraged by the results that show that Canadians generally receive the Internet speeds for which they pay,” said Ian Scott, Chairperson and CEO, CRTC. “This report provides valuable insight on the performance of Internet services across Canada and will inform future policy decisions. We are grateful to the thousands of Canadians who volunteered for the Measuring Broadband Canada project, as well as the ISPs who contributed to the success of the project.” 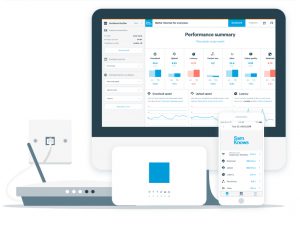 SamKnows has conducted similar Internet speed tests in the U.K., the U.S., Australia, Canada (as mentioned) and elsewhere.

The company wants to help create a standard methodology for measuring Internet performance globally, and in addition to the various data sets it amasses, the actual software source code used in the testing has been made available for academic and other researchers for non-commercial purposes.