When remote work remains a new norm for small and large tech businesses alike, Gadget, a Canadian tech start-up that offers a development stack solution for app developers, is on a mission to triple its in-person software development team within the next six months.

Driving its new hire goal is the acute demand for rapid, creative software development, and so the quest to hire tech talent – and work in teams at its Ottawa office, once possible – has them seeking top designers, developers, and engineers.

Gadget, created by two former Shopify executives, aspires to bring fun, creative collaboration back into what software developers do best, which it says is building features that make an app unique in a fraction of the time. They envision creating an environment where developers can build and scale new software in hours, not weeks. 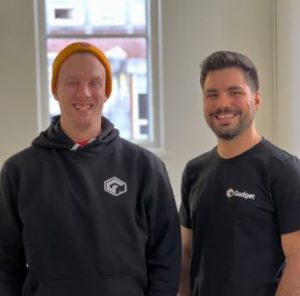 I asked co-founders Harry Brundage and Mohammad Hashemi about their business, their recruitment efforts, and the impact of rising software development needs for Canadian tech talent.

“Gadget‘s mission is to give them this time back by taking away all the BS normally involved in software development: setting up infrastructure, building authentication, integrating APIs, security and storage, and way more. Instead of huge amounts of time ploughed into all these necessary-but-repetitive pieces, Gadget is a serverless software development stack that produces fully hosted, secure and performant applications immediately.”

“Developers still use their skills to craft software to solve whatever problem they set out to — they just get to spend all their time on that problem specifically, instead of ones they’ve solved a million times before,” remarked Hashemi.

Said Hashemi, “Software has infected everything because customers expect it and because it is so malleable, and we expect neither of these things to change.”

“In e-commerce specifically where Gadget is focused, small bits of software can drive huge revenue lift, and small back-office automations can save huge amounts of time. As well, during the pandemic many businesses have shifted to using chat as a primary means of communication, which opens up huge opportunities for automating parts of even the most complicated business processes that may not have existed before.” 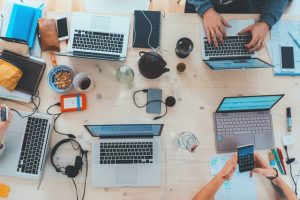 “We think that the formative years of a company requires immense creativity and collaboration, and that’s easiest in person,” explained Brundage.

“So, we’re only hiring folks to work on site out of our Ottawa office once it is safe to do so. Remote works for some folks, but we’ve found the most engaged and the most enthusiastic builders want the full-bandwidth experience for working together on the hardest problems they’ve ever seen, and so we’re setting up a fantastic space for folks to do their best work ever in Ottawa.”

Added Hashemi, “We think there’s a huge contingent of folks in tech who miss the work parts and the fun parts of being in an office, and that we can offer them that when few others are trying to.”

I asked Gadget co-founders how Canada could ramp up its tech talent development to fulfil growing software development needs to which Brundage responded, “I don’t think the issue is the number of talented folks in Canada — there’s tons — it’s the number of high quality opportunities here compared to the US.”

It’s his view that, “Not only do our southern neighbours offer better pay, but they offer bigger dreams with more ambitious companies and more willing investors. Canada needs to retain the talent it has already got by taking risks to start, fund, and grow companies that are ambitious and offer individuals incredible opportunities for personal growth.”